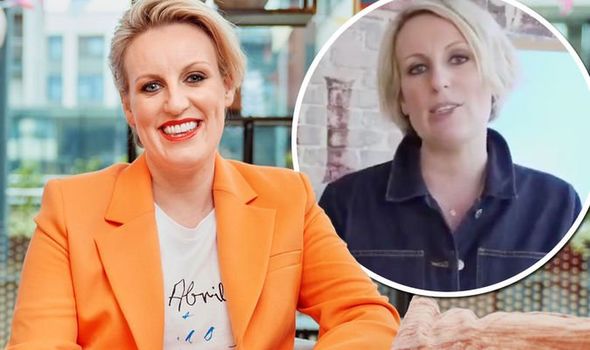 Former BBC Breakfast star Steph McGovern, 38, took to Twitter yesterday to share a conversation she’d had with her partner. The presenter made a comment about an upcoming cookery segment on her new Channel 4 show, which led her other half to issue a “brutal” comeback.

Steph detailed the retort online in view of her 404,800 followers.

It read: “Me: Oh man it’s another veggie dish on the show tomorrow.”

To which her partner replied: “Imagine having a chef making you food everyday and two weeks in you’re complaining.

“I’ll be eating a stale toastie at home so you can shut the f**k up. [laughing emoji]”

Steph signed off with the hashtag: “#keepingmegrounded.” 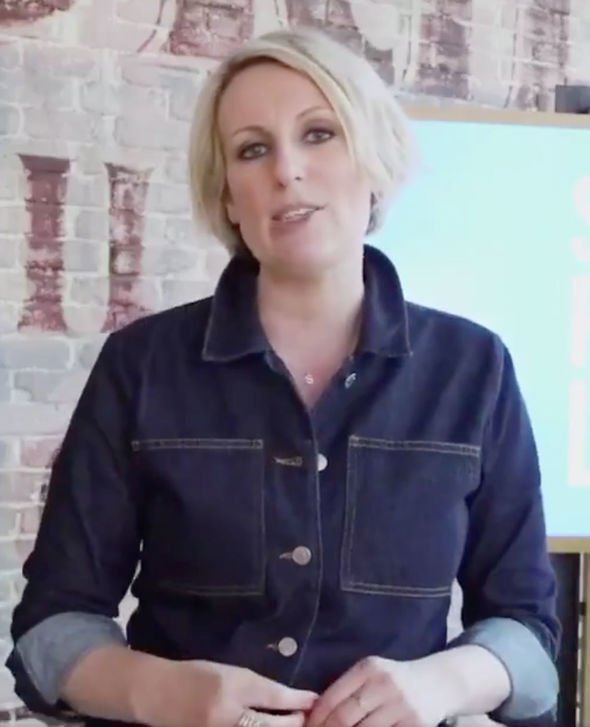 “Gotta love your partner for their openness and honesty of feeling,” one follower wrote in the comments section of the post.

“Brilliant!” and “brutal” were some other replies.

“Sort of reaction I get when I moan about having to do another wine tasting session at work!” a third social media remarked.

“You’ll have to bring some home!” a fourth fan suggested, while another joked: “I see tupperware in your future.” 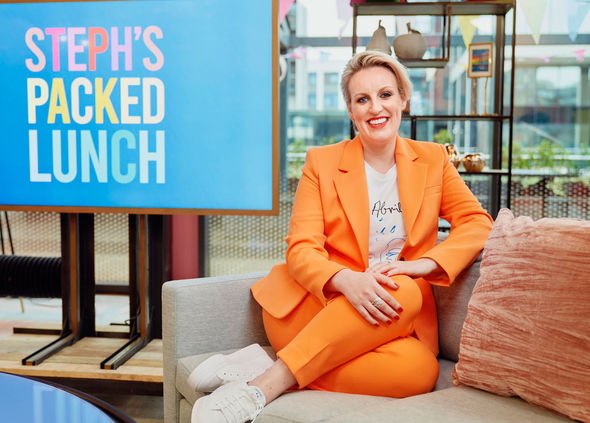 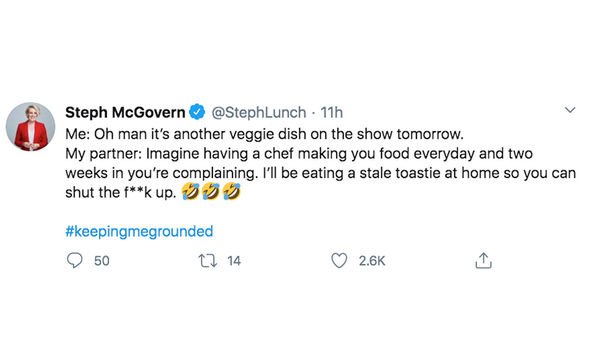 On the morning of her second episode, the mum-of-one detailed the pitfalls of being a working parent, leaving the house in a messy outfit courtesy of her baby daughter.

She wrote online: “Day 2. This morning my baby decided to squish watermelon into my shirt and wee on my leg just as I was leaving.

“I’m hoping this is a good sign for the day ahead.”

Michelle Obama Jokes Daughters Are 'Sick' of Her Amid Quarantine