Sophie Turner Plumps Up Her Lips To Twice Their Size In Wild, Filtered Selfie — See Pic

Sophie Turner had a little fun with an Instagram filter that plumped up her lips and cheekily wrote that she was ‘feelin’ natural.’

Sophie Turner, 25, got her fans’ attention on Mar. 28 when she posted an eye-catching pic to her Instagram story. The actress made her lips double their size by using a wild filter in a new selfie and seemed to sarcastically joke about it in the caption. The blonde beauty had her hair pulled back and one hand resting on her head in the pic as she wore a white graphic T-shirt and gazed at the camera.

“Feelin’ natural hbu,” she wrote in the caption.

The cheeky star’s new filtered pic quickly made its way around the internet after she posted it and understandably made fans look twice. Since she’s known for her fun sense of humor, it’s not too surprising that she would decide to share such a pic but it still made followers chuckle. 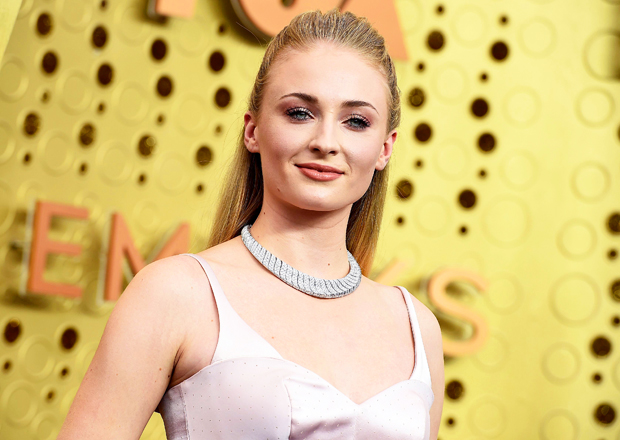 Sophie’s bigger lips filtered pic comes after she made headlines for another change in her appearance. This one was permanent, however, and included tattoos in honor of her husband Joe Jonas, 31, and their eight-month-old baby girl Willa. The doting wife and mom got a “J” and “W” tattooed on her inner wrist back in Nov. and it was the ultimate tribute to two of the people she’s closest to in life.

Just a month before that, Joe also showed off a tattoo that fans were convinced was a tribute to Sophie. In a pic he shared to Instagram, a tattoo of a face that looks just like Sophie’s can be seen peeking through a keyhole on the back of his neck. Although he didn’t give an explanation about the new ink, fans are pretty sure it’s one that has a deep meaning.

Sophie and Joe, who have been married since 2019, often share memorable moments of their busy and family-oriented life and their latest pics are no exception. It’s great to know the new parents can have fun with filters and/or serious and tender times with their daughter. We look forward to seeing what else they decide to share in the future!