Shannen Doherty gave her fans a ‘truthful’ look into her cancer battle, and said she hopes to encourage others to ‘face whatever might be in front of you.’

Shannen Doherty, 50, marked Breast Cancer Awareness Month  by giving her fans an in-depth look into her health struggles. The Beverly Hills, 90210 alum was first diagnosed with breast cancer in 2015 and went into remission two years later, only for the actress to announce in Feb. 2020 that the cancer had returned at stage IV. So on Thursday (Oct. 7), Shannen opened up about her cancer journey by sharing two photos to Instagram that were taken during her difficult battle.

In the first pic, Shannen snapped a selfie that showed her bald head and bleeding nose. The second snapshot featured the actress seemingly resting in bed while dressed in a set of Cookie Monster pajamas. Shannen then got super honest about her cancer battle in her caption, and explained how she hopes her story will encourage and inspire others.

“For breast cancer awareness month, I’d like to share more of my own personal journey from my first diagnosis to my second,” Shannen wrote alongside the two photos. “Is it all pretty? NO but it’s truthful and my hope in sharing is that we all become more educated, more familiar with what cancer looks like. I hope I encourage people to get mammograms, to get regular checkups, to cut thru the fear and face whatever might be in front of you.”

Shannen went on to explain how she “had a mastectomy and did chemo and radiation” following her initial cancer diagnosis, which resulted in nose bleeds. “Not sure if any of you experienced this,” she said. “I also was beyond tired. I cheered myself up by putting on funny pajamas that my friend Kristy gave me. Did they actually cheer me up? Yes!! Lol. I looked ridiculous and in that ridiculousness, I was able to laugh at myself. Finding humor helped get me thru what seemed impossible. I hope we all find humor in the impossible.” Shannen added the hashtag “breastcancerawareness” to cap off her emotional post. 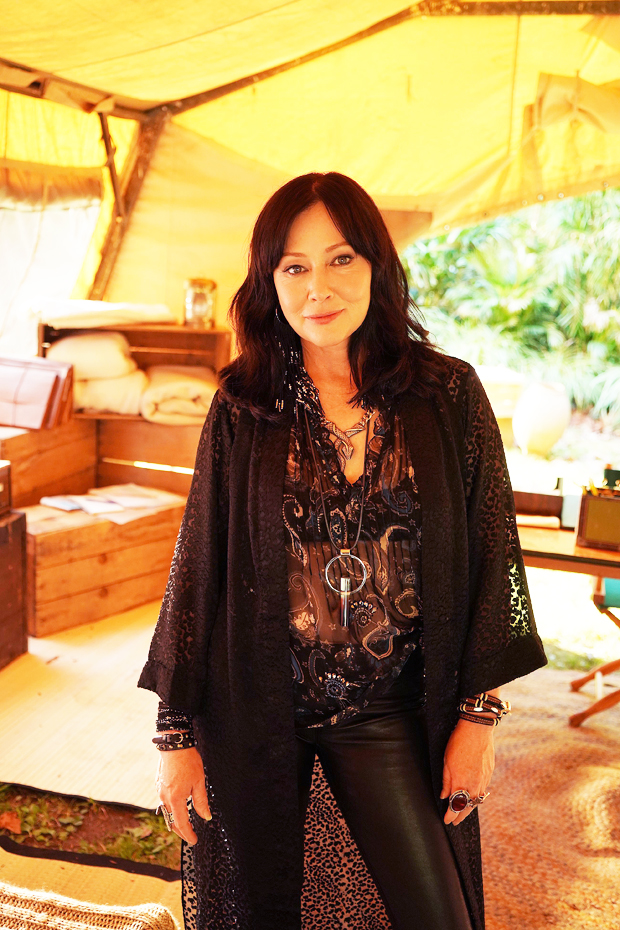 Ever since her cancer returned, Shannen has been determined to beat this fight again. On October 4, she declared her intent to “keep fighting to stay alive” during an appearance on Good Morning America. “A lot of people who get diagnosed with Stage IV, they sort of get written off,” Shannen told journalist Juju Chang. “It’s assumed that they cannot work or they can’t work at their full capacity, and that is not true. That is something that I would really like for people to stop assuming and give us a chance to prove them wrong.”

As Shannen’s health battle continues on, she’s received incredible support from her fans, family, and famous friends. Brian Austin Green described Shannen as “a fighter” to HollywoodLife last year, while Ian Ziering told us his former co-star is “resilient” and “as feisty as ever.”

Who is Geoffrey Paschel?
Recent Posts