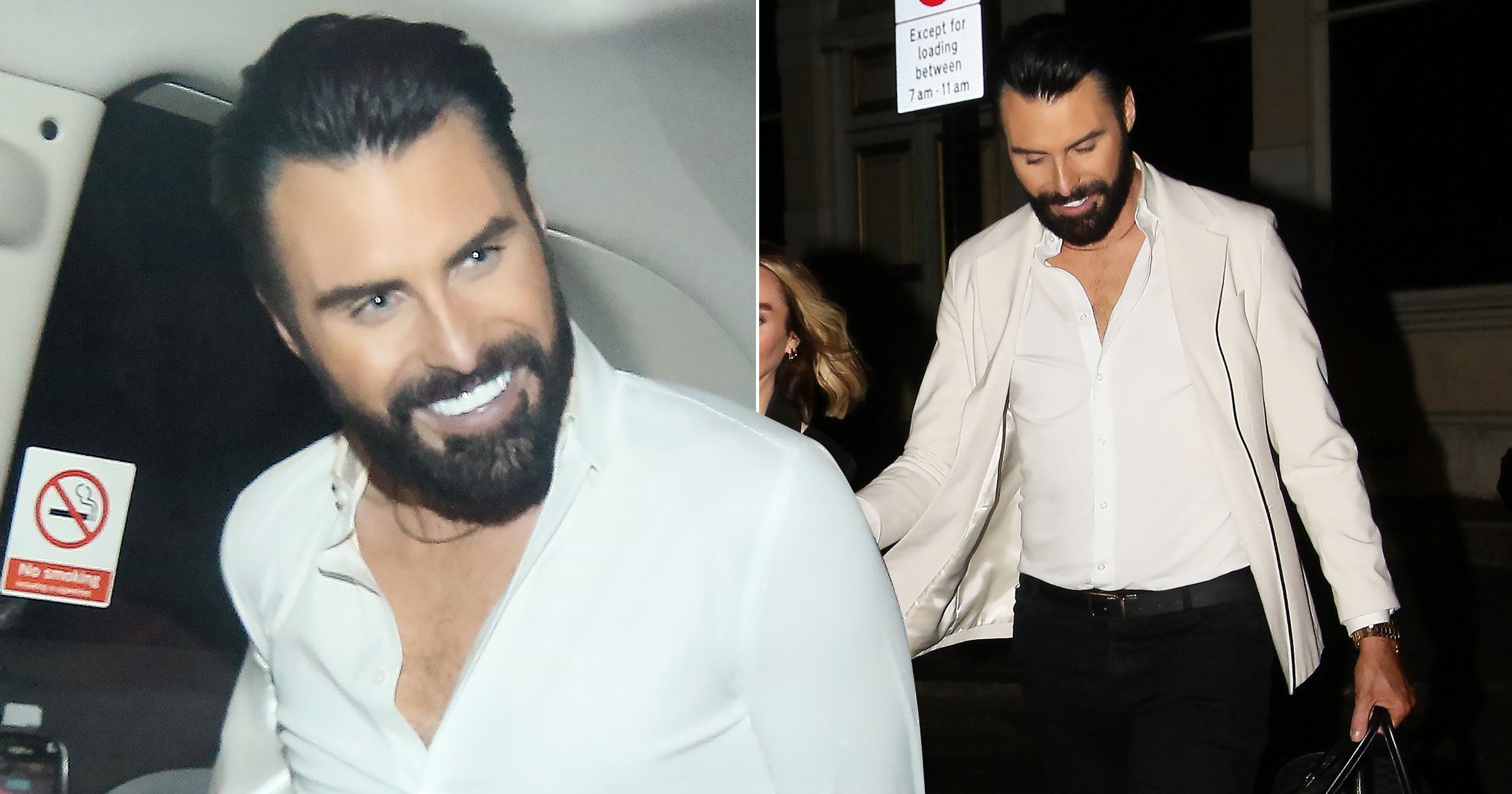 Rylan Clark is all about living his best life right now, with the TV presenter spotted this week letting his hair down on a night out.

The It Takes Two host, 33, enjoyed a few beers with close friends following the Audio and Radio Industry Awards (ARIAS), which saw the likes of Adele Roberts receive awards for their work over the past year.

Rylan didn’t want the party to end, however, as he headed for drinks with the likes of DJ Dave Berry and a make-up artist pal in Covent Garden.

The Celebrity Big Brother winner was in high spirits, beaming and showing off his pearly whites for cameras.

Equally as white was his outfit, with the former X Factor star donning a chic white shirt and blazer combo.

Of course, no Rylan lewk would be complete without his signature skinny black trousers, and naturally his raven locks were coiffed to perfection.

Pics from inside the booze-up show the star cosying up to his mates and having a laugh before jumping into a taxi.

Rylan pulled some animated facial expressions as he engaged in conversation, pint and cigarette in hand.

It remains to be seen whether the BBC Radio 2 host made any iconic drunken purchases following his night out, after previously entertaining the internet for days by buying a tiny picnic table for squirrels.

He took to Twitter to document his journey with the teeny table, which he put out in his garden filled with nuts.

Now, the radio star has befriended a furry creature who he’s named Susie, and even set up a special camera to record her visits, much to the delight of fans.

In terms of his career, Rylan is one of the top names rumoured to take over as host of Big Brother, should the show return next year.

Recent reports said ITV had bought the Channel 5 reality show and were planning on bringing it back in 2023.

Rylan – who used to host Bit On The Side – is first in the running for the presenter title, even above former hosts Davina McCall and Emma Willis.

The star has been championing BB’s return since it was axed in 2018, so who knows if we’ll see him as host sometime soon.

Obi-Wan Kenobi: How can I watch the new Star Wars series?