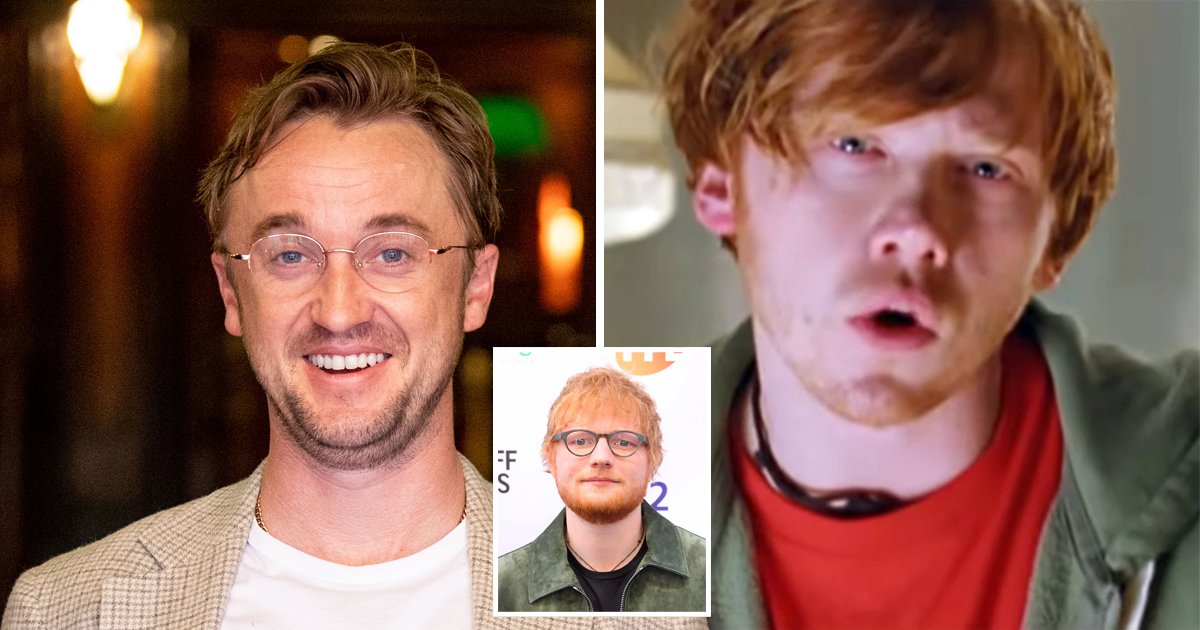 Ed Sheeran has revealed that Tom Felton had to ‘really convince’ his Harry Potter co-star Rupert Grint’s agent that him starring in the music video for Lego House was a good idea.

The Ron Weasley actor played Ed in the video for his 2011 hit, with the singer admitting he never used to like appearing in them himself.

He wasn’t sure he’d be able to land Rupert for the role but after bonding with Draco Malfoy actor Tom Felton, he enlisted him to help him.

However, Ed has now admitted it wasn’t as ‘open and shut’ as he once thought.

Speaking on James and Oliver Phelps’ Normal Not Normal podcast, which has been exclusively shared with Metro.co.uk, Ed explained: ‘I never liked being in my music videos ever and I’m only really in them now because they tend to get more views if I’m doing something in them.

‘But my whole thing for the first four, five singles of my first album was not being in the videos. I always said I’ll get Rupert Grint to play me in a music video and it was impossible until Tom Felton…followed me on Twitter and tweeted my video.’

The Bad Habits hitmaker recalled: ‘It was a big, big thing. We got in touch and then we were texting from there and I just cheekily asked him one day, I was just like, “Can you speak to Rupert and see if he’d do the video?”

‘He actually told me the other day that it wasn’t as open [and] shut as I thought it was. Like he really had to convince Rupert’s agent that this was a good thing.’

The video has now racked up almost 300million views – so safe to say it was a good choice!

Ed, who also admitted on the podcast that his manager has had to talk him out of some pretty impulsive life decisions, released his first album in 2011.

While he took a break from music over the past couple of years, welcoming his daughter Lyra with his wife Cherry, Ed is officially back in business, recently releasing his new single Bad Habits.

He recently told KISS Breakfast with Jordan and Perri: ‘It feels good being back. I sort of feel because I have taken so much time off, I feel like I am re-breaking my career if that makes sense.

‘Its an amazing thing, your life changes and I personally think it’s for the better. I mean I’ve lost the spontaneity of the night out, that’s gone but I don’t think that’s a bad thing.’

Ed’s episode of Normal Not Normal is out on July 2.

Phylicia Rashad Backing Away From Her Public Support of Bill Cosby Is Too Little, Too Late
Recent Posts