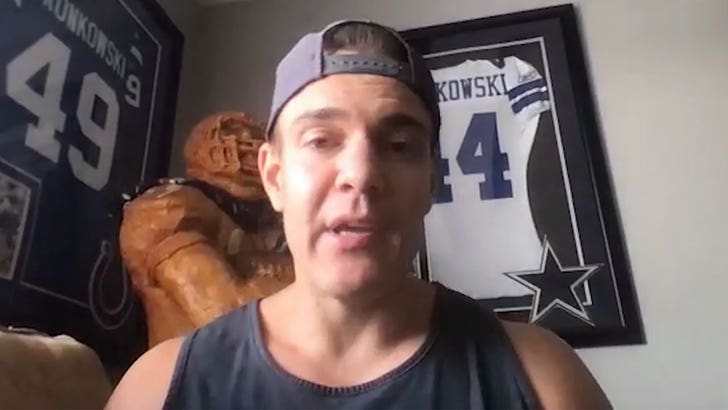 Tom Brady‘s retirement will mark the end of TWO Hall of Fame careers … so says Chris Gronkowski, who tells TMZ Sports his bro, Rob Gronkowski, will officially quit when the QB does.

“Whatever Tom has left,” Chris says, “I think that’s what Rob has left as well.”

As for why … Chris says it’s simple — he just can’t fathom Rob sticking around and catching passes from a different style of signal-caller.

“I just can’t see him playing with another quarterback,” Chris tells us. “It’s tough to get that chemistry. It’s tough to win once you lose that QB.” 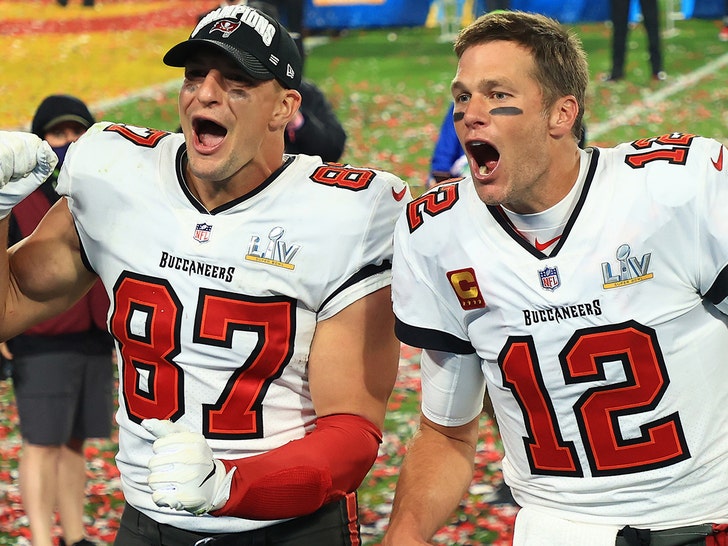 Tom has said his goal is to play until he’s 45 years old and then reevaluate things … which means he’s looking to strap up the pads through at least the 2022 season.

And, at 32 years old, that wouldn’t seem too farfetched for Gronk … but, remember, the tight end has dealt with plenty of injuries in his career — including “probably” 20 concussions.

But, Rob looked healthy as ever in the Bucs’ season-opening win over the Cowboys on Thursday … and Chris tells us he could see Rob’s career continue if Tom decides he wants to play another FIVE years.

“I think Rob will play it out until Tom plays it out is what I’m thinking,” Chris says.

There’s more … Chris also spoke with us about the Bucs’ odds of running the table this year — and he didn’t exactly rule the possibility out!!