Rachel Riley: Countdown star talks family decision in rare moment ‘I have to stop myself’

Countdown star Rachel Riley, 34, from Essex, and her Russian-born husband Pasha Kovalev, 40, welcomed their first baby together, daughter Maven, back in December. The maths whizz has revealed the pair have been talking to their first born in their respective languages in the hope she will be fluent in both.

“I have to stop myself from speaking to her in bad Russian.”

She added of the pair’s desires: “We are hoping she will be bilingual because [Pasha’s] mum doesn’t speak any English.” 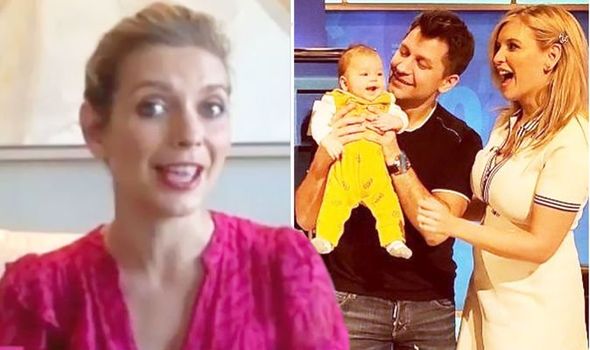 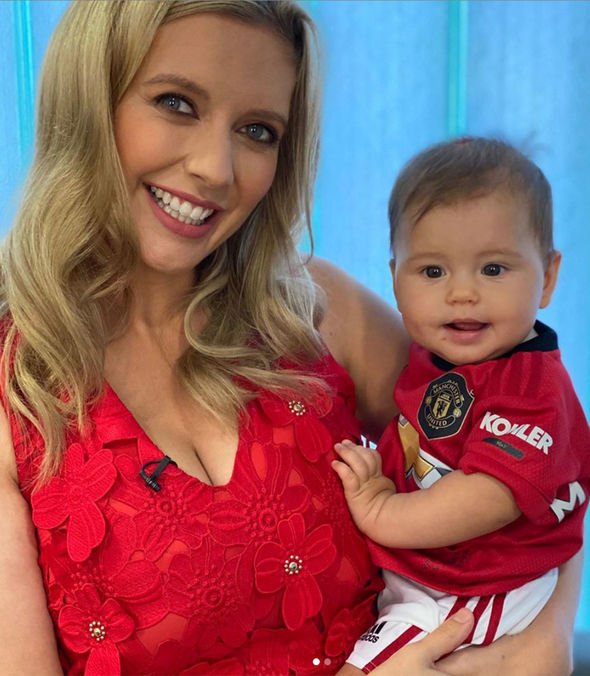 Rachel went on to say Maven was exposed to more Russian during lockdown when her mother-in-law stayed for five months.

The Countdown star added: “She came over just before lockdown for one month and got stuck here for five months.

“So [Maven] had a lot more Russian exposure than we thought she would, but it will be good for her.”

In a further update about their nine-month-old, she said Maven had also been crawling, babbling and holding one hand up in the air. 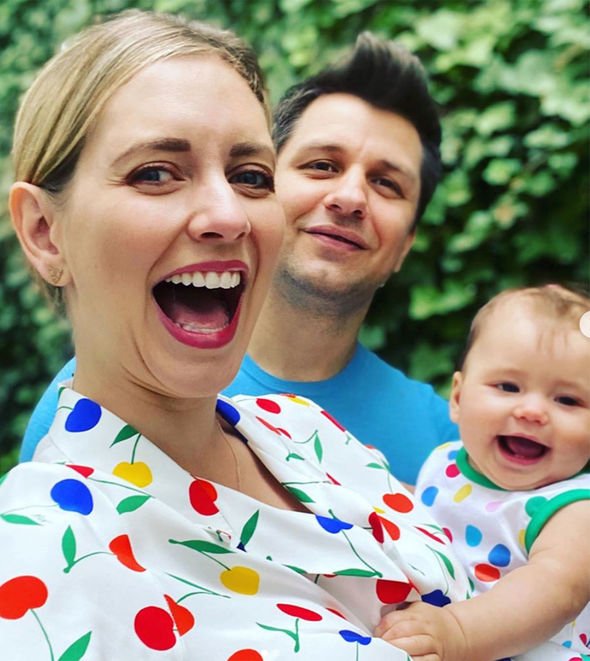 “She is so mobile,” she added.

The couple, who met on Strictly Come Dancing in 2013, welcomed their first born in December.

Rachel had previously announced her pregnancy news in the form of a conundrum in the show’s studio.

The couple tied the knot at a secret ceremony in Las Vegas in June last year.

Rachel regularly gives fans an insight into her new life as a parent on social media.

Last month, she posed with her smiley daughter ahead of a Manchester United game.

Maven was seen sporting Rachel’s beloved football team’s shirt, while she opted for a plunging red dress to match.

She wrote: “No 7 is ready for the match! Come on you reds #united #unitedfamily #matchday #mufc.”

One user wrote: “This is adorable,” while another commented: “At least you both support a good team haha x.”

A fourth penned: “Growing up fast.”