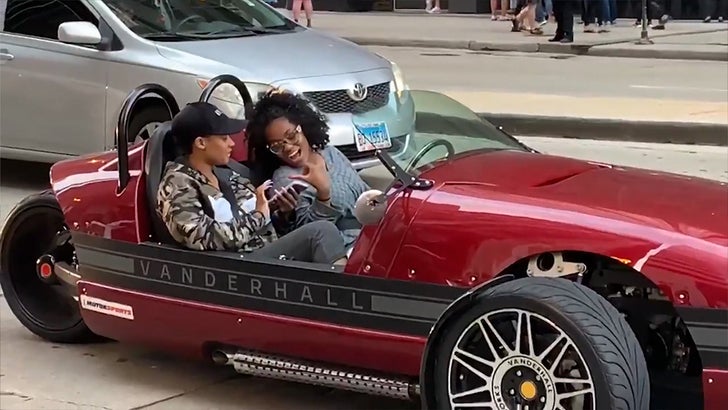 R. Kelly‘s alleged sex slaves aren’t staying locked up inside just because he is … they’re out cruising the streets of Chicago, looking carefree as can be.

Azriel Clary and Joycelyn Savage were spotted together over the long Labor Day weekend riding around the city in a Vanderhall Venice 3-wheeler … a pretty slick ride for Kelly’s so-called girlfriends.

Azriel’s behind the wheel in video captured by Fox News correspondent Matt Finn … all smiles as she leans over to check something on Joycelyn’s phone before speeding off down Michigan Ave.

Hard to tell what the ladies are listening to … but ya gotta assume some R. Kelly’s on their playlist.

We broke the story … Clary and Savage have a master plan to use the money they make on a couple potential deals to help Kelly score legal funds for a powerhouse defense team. They’re also aspiring to launch careers in Hollywood.

It’s unclear how the fun new car fits into that plan … but we ain’t judging. 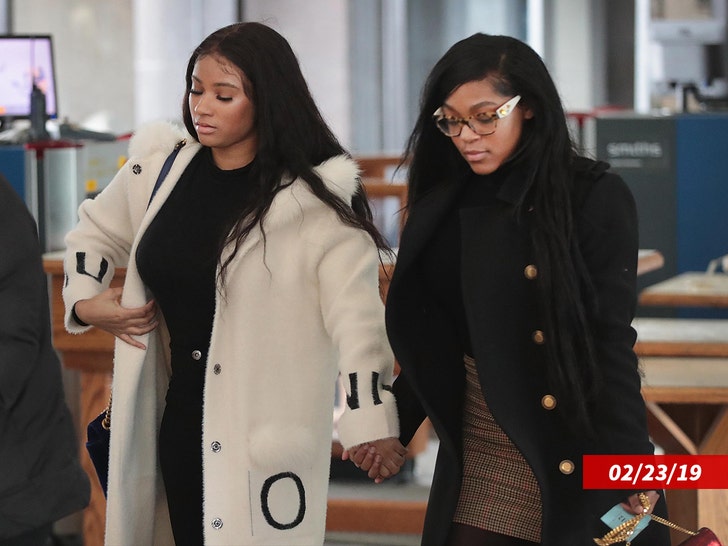 The gals’ public outing is in stark contrast to when they were together back in February for Kelly’s court hearing in Chicago — after he was charged with multiple sex crimes … but looks like Azriel’s still rocking the same glasses.

What Type Of Library-Goer Are You?