Quentin Tarantino: Marvel actors are not movie stars, Captain America is the star 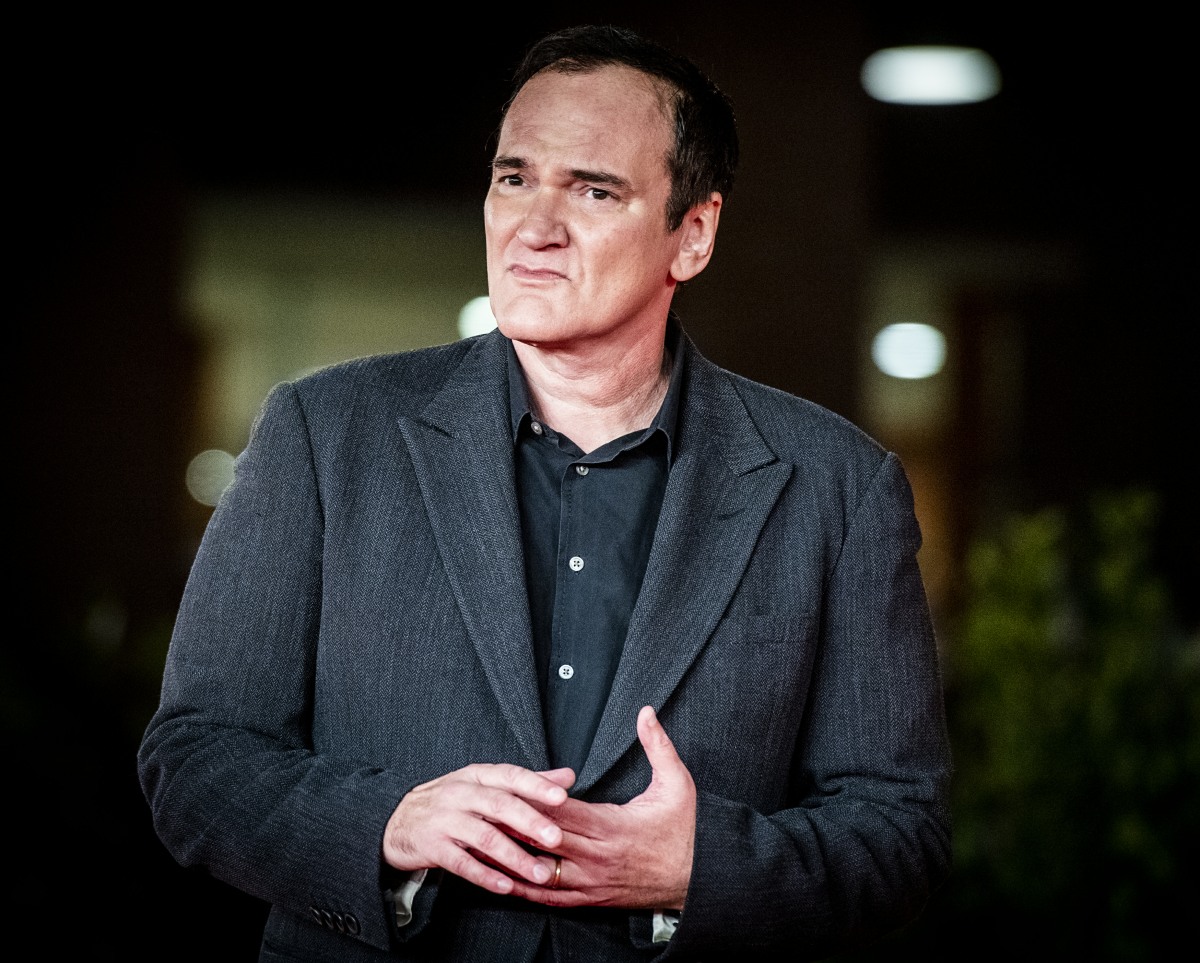 Quentin Tarantino has been giving lots of interviews to promote his new book, Cinema Speculation. The book isn’t a memoir, it’s more like a collection of musings about the films, scripts, critics and performances which shaped him as a person and an artist. As he promotes this book, he’s been asked a lot about the on-going Hollywood conversation, “Has Marvel ruined the film industry?” Given QT’s status as a sort-of lowkey Hollywood historian, I’ve been interested in hearing his comments. Previously, he’s said that we’re in the middle of one of the worst eras for Hollywood, and that he wouldn’t be caught dead working on a Marvel movie. He’s no Marvel fan, nor does he think it’s a good thing for Hollywood that superhero films have eaten the industry. Even more than that, he thinks superhero movies have ruined “movie stars.”

Jennifer Aniston made headlines at the start of November when she declared, “There are no more movie stars.” It’s a statement that Quentin Tarantino agrees with, as evidenced by the director’s recent interview on “2 Bears, 1 Cave” podcast (via Mediaite). Tarantino attributed the loss of movie stars to the “Marvel-ization of Hollywood.”

“Part of the Marvel-ization of Hollywood is…you have all these actors who have become famous playing these characters,” Tarantino said. “But they’re not movie stars. Right? Captain America is the star. Or Thor is the star. I mean, I’m not the first person to say that. I think that’s been said a zillion times…but it’s like, you know, it’s these franchise characters that become a star.”

For Tarantino, Captain America is the star and not Chris Evans. “I’m not even putting them down frankly, to tell you the truth,” the director said earlier about movie stars no longer existing in bulk. “But that is one of the — the legacy of the Marvel-ization of Hollywood movies.”

Tarantino also clarified in the interview that he does not “hate” Marvel movies but dislikes them for being the only product Hollywood is interested in making these days.

“Look, I used to collect Marvel comics like crazy when I was a kid,” Tarantino said. “There’s an aspect that if these movies were coming out when I was in my twenties, I would totally be f–king happy and totally love them. I mean, they wouldn’t be the only movies being made. They would be those movies amongst other movies. But, you know, I’m almost 60, so yeah. No, I’m not quite as excited about them….My only axe to grind against them is they’re the only things that seem to be made. And they’re the only things that seem to generate any kind of excitement amongst a fan base or even for the studio making them. That’s what they’re excited about. And so it’s just the fact that they are the entire representation of this era of movies right now. There’s not really much room for anything else. That’s my problem.”

I think QT’s critique is valid and correct. Of course, I thought Martin Scorsese’s criticism was valid and correct too, and everyone yelled at him and called him a racist has-been. I actually do think that Chris Evans is a movie star, and yet I don’t think Captain America “made” him a movie star – QT’s point about the superhero being the star and not the actor is correct. I also agree with QT’s larger point about superhero movies are fine, but we need diverse points of view in film and that’s not happening with the Disney/Marvel system.

Simu Liu reacted to QT’s comments and pointed out (correctly) that Marvel gave him a chance to helm a major movie, which is a valid point. But what’s left out is that… people like Tarantino and Scorsese are a huge reason why Asian filmmakers have been able to get a foothold in Hollywood – when Bong Joon Ho swept the Oscars a few years ago, it felt inevitable because people like Scorsese and Tarantino had been hyping his work for years and years. Not to mention what happened with Scorsese and his film Kundun.

Gatekeeping is not artists saying your movie sucks pic.twitter.com/zizj0hEQFW