The new photograph was taken just before the Royal Family said goodbye to the late Queen Elizabeth II which saw Prince William and Kate Middleton alongside King Charles and the Queen Consort, Camilla. Loose Women panellist Jane Moore, 60, has claimed the newly appointed Prince of Wales has an aversion to the way the Duke and Duchess of Sussex appear in portraits.

The monarch and the Queen Consort were joined by the Prince and Princess of Wales for a reception for Heads of State on September 18.

The four royals are dressed in black for the first official photograph of the King and Queen Consort with William and Kate.

The reception hosted politicians, overseas guests and high-profile attendees from across the globe.

In the photo, William posed confidently with his hands clasped together while his wife Kate appeared to place her hand on his back. 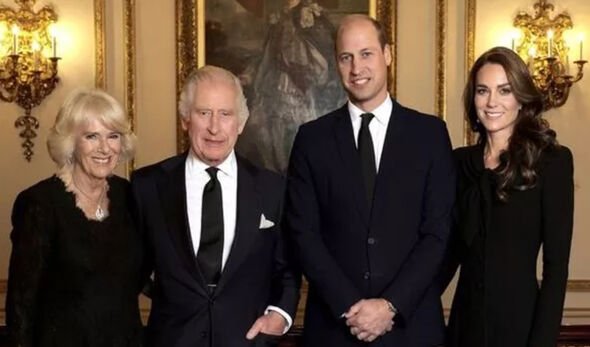 Jane suggested the Prince of Wales looked like he was “standing with his colleagues” in the royal photo.

She compared the photo to his brother Harry’s recently released snap with Meghan Markle ahead of the One Young World Summit held last month.

The first snap showed Harry and Meghan looking directly at the camera with interlocked fingers.

The second image, which was released in black-and-white, showed the Sussexes holding hands at a side angle. 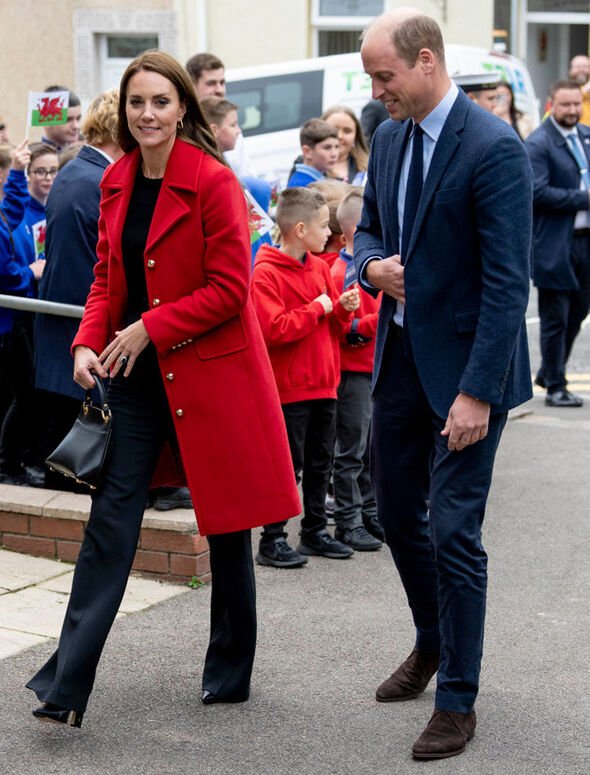 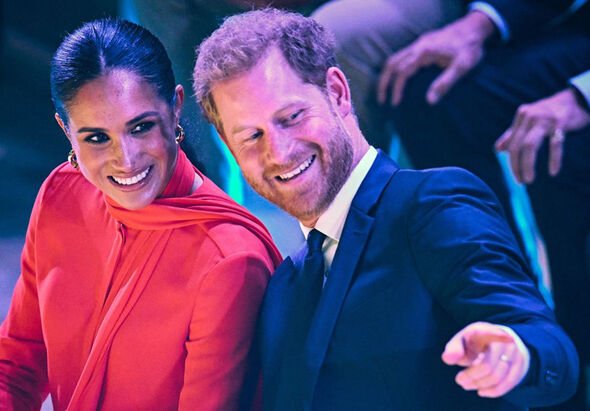 Writing in her column for The Sun, Jane also made the comparison between Charles and Camilla, who show “an easy togetherness” in the photo.

She wrote: “But while Kate tenderly touches her husband’s back, William stands with his arms clasped in front of him, looking for all the world like a businessman posing with colleagues at the annual conference.

“He’s clearly averse to adopting the Sussexes’ overt touchy feelyness, but there’s a middle ground that will show unity and affection towards his wonderful wife.”

The columnist also touched on Harry and Meghan’s photo where she claimed the latter is “pulling focus” but the Duke appears to be taking a “sidekick stance” in the images.

She went on to suggest the Duchess of Sussex looked to be “calling the shots” in the photos.

In the latest images of the couple, taken by Misan Harriman at the One Young World Summit, the pair affectionately held hands.

“The Duke & Duchess of Sussex moments before attending the opening ceremony of @OneYoungWorld last month,” Misan captioned the post on Instagram.

The One Young World Summit, which aims to encourage young people to build a more sustainable future, took place in Manchester on September 5.

Meghan gave a speech at the conference, calling on young people to take action on climate change.

She said: “We often hear people say ‘the time is now,’ but I’m going to double down on that, by saying your time is now. The important work can’t wait for tomorrow.”

In addition to attending the opening ceremony, the couple also spearheaded a roundtable about gender equality and inclusion for the summit.

Meghan and Harry have since returned to the US following the funeral of Queen Elizabeth II.