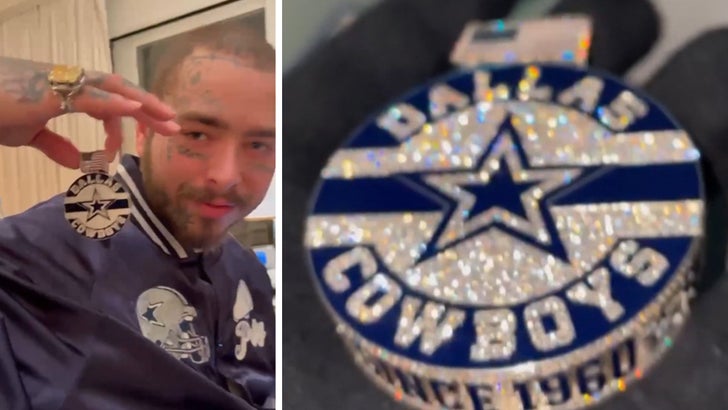 Post Malone‘s easing the pain of a brutal season for his Dallas Cowboys with lots and lots of diamonds — which won’t bring back Dak Prescott, but man do they shine!!!

The rapper added to his ‘boys bling collection after hitting up Angel City Jewelers in L.A. for a new pendant. This one’s 14-karat gold, weighs 207 grams and, most importantly, features a whopping 29 carats of diamonds. 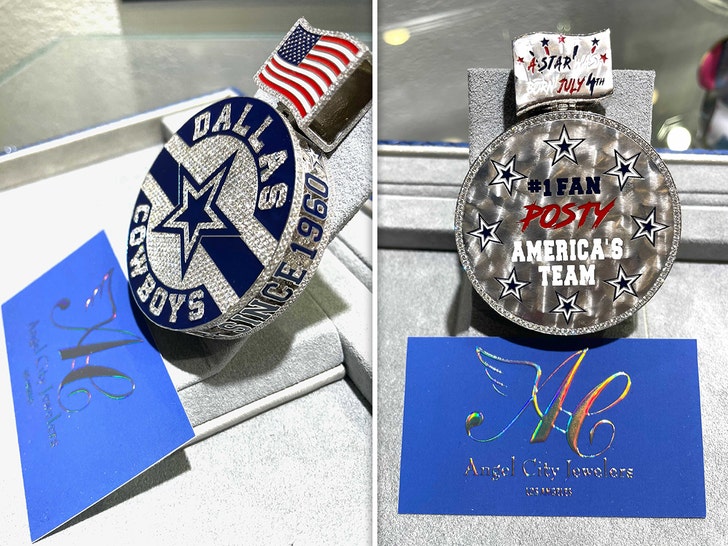 You can see the pendant’s a tribute to America’s Team and its NFL birth year … 1960. The pendant also features an American flag, in case anyone forgets their nickname. The pendant’s value is over $50k, which falls way short of the $250k he dropped for his other Cowboys chain … but still, it’s insane.

Tough to argue with that, though, when Post’s still dropping 5-figures to celebrate a team that’s struggling hard.

How ’bout them diamonds!!!