Nicolas Cage and his new wife Riko Shibata were spotted taking a horse and carriage ride around Central Park, after revealing they had tied the knot.

Nicolas Cage, 57, has a new lady in his life! The A-list actor became a married man for the fifth time in Feb. 2021, after he tied the knot with his girlfriend of one year, Riko Shibata, 26. Just hours before revealing the exciting news on March 5, the newlyweds were spotted taking a horse and carriage ride through New York City’s Central Park. The Hollywood heavyweight was all smiles as he sat back in the white carriage, cuddling up to his new wife, whom he wed in Las Vegas. Nicolas donned a bright blue, red and yellow jacket, and a brown cowboy hat. Riko looked chic in a grey coat and black boots, as she wrapped herself in a blanket amid the chilly March weather. 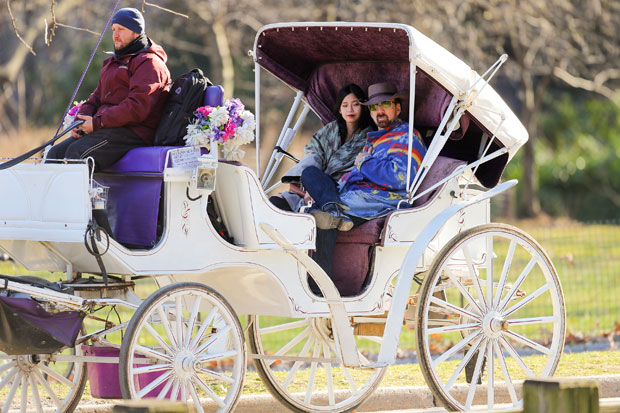 The couple, who went for the picturesque ride after dining at celeb hotspot Cipriani on Fifth Avenue, later headed to Tavern on the Green for drinks. Representatives for the Oscar winner later confirmed to HollywoodLife that the pair had tied the knot. “On February 16, 2021, Nicolas Cage married twenty-six year old Riko Shibata in a very small and intimate wedding at the Wynn Hotel in Las Vegas. The date was chosen to honor the birthday of the groom’s late father.” Nic’s dad, academic, author and arts supporter August Coppola, was born on Feb. 16, 1934. He tragically passed away from a heart attack in October 2009, and was survived by his brother, famed filmmaker Francis Ford Coppola. 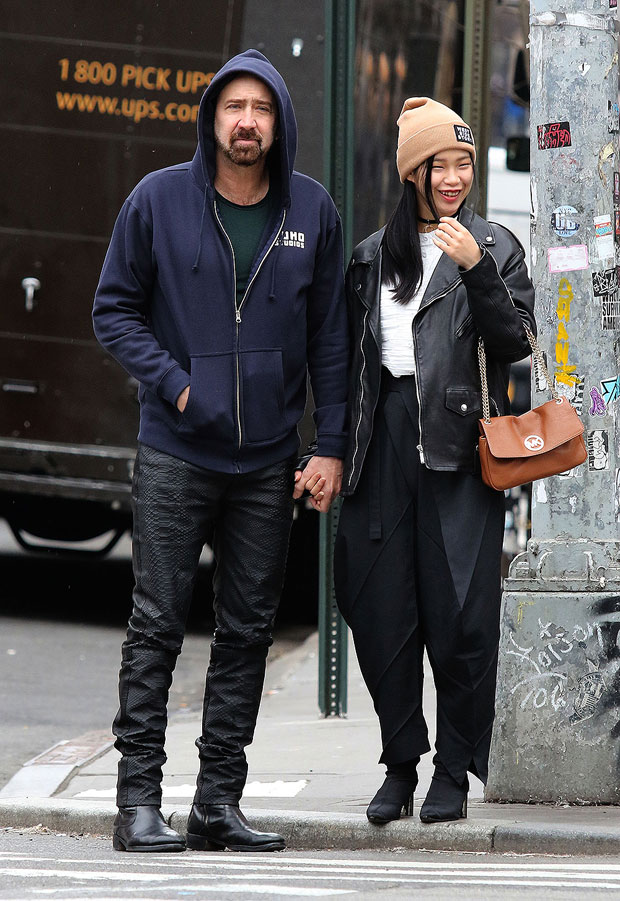 The wedding reception blended American and Japanese cultures, and Nic’s former wife of 12 years Alice Kim, 35, was in attendance, along with their 15-year-old son Kal-El Coppola Cage. “After the wedding, the happy couple was joined for a small celebration attended by Nicolas’ ex-wife, Alice (who he remains very good friends with) and their son Kal,” Nic’s rep noted, adding, “The couple met in Shiga, Japan over a year ago.” They were first spotted together in New York City in March 2020. When COVID-19 home lockdowns went into effect, Riko returned to Japan and the pair remained in touch via FaceTime — which is how Nic proposed to Riko.

During an Aug. 24, 2020 appearance on his brother Marc “The Cope” Coppola‘s radio show, Nic revealed, “She left New York and went back to Kyoto, Japan and I went back to Nevada and uhm I haven’t seen her for six months and we’re really happy together and we’re really excited to spend that time together so I finally just said look ‘I wanna marry you’ and we got engaged on FaceTime,” the Oscar winning actor revealed. Congratulations to the happy couple!