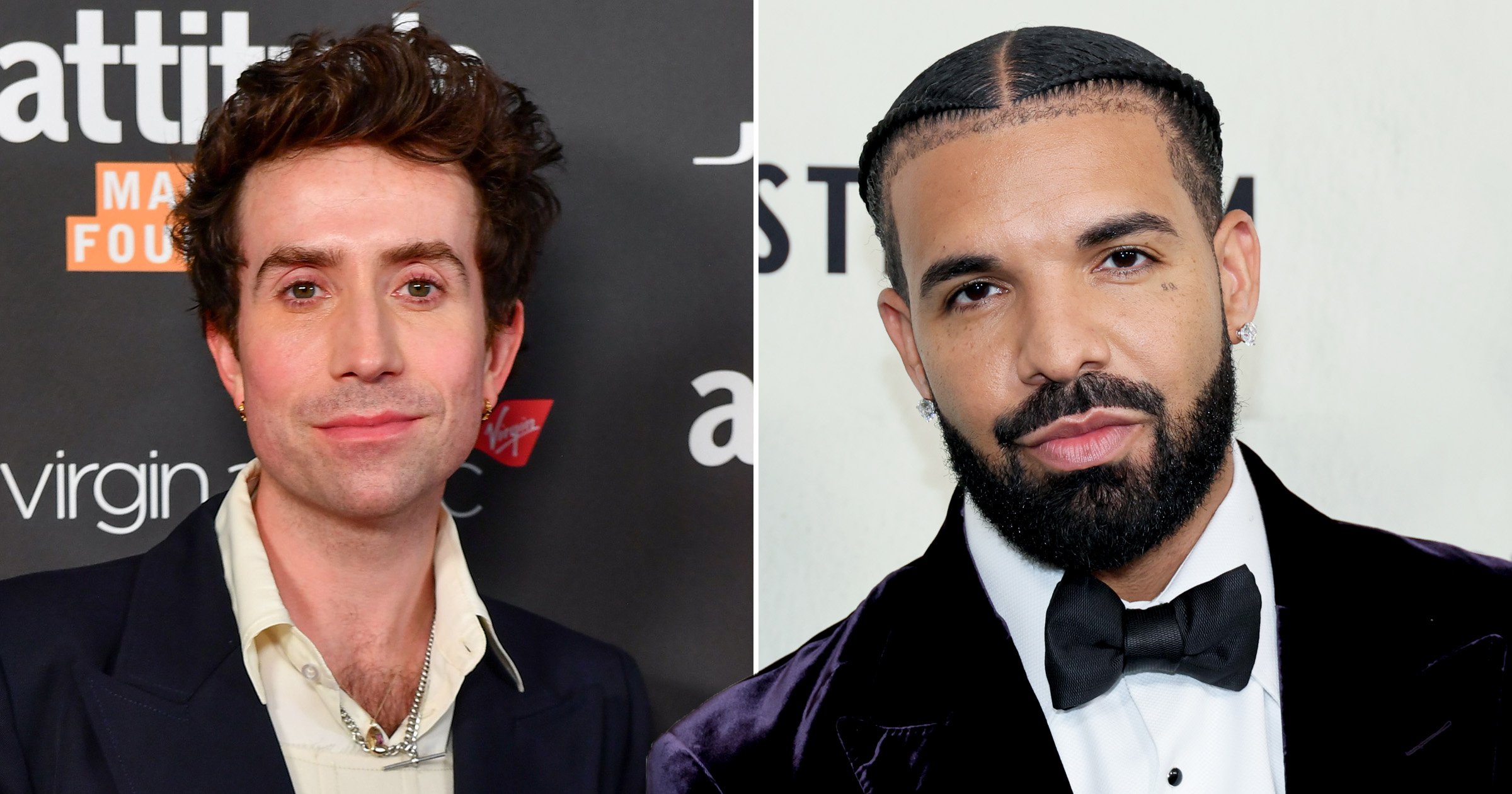 Nick Grimshaw has revealed he embarrassed himself in front of Drake after throwing up while smoking weed.

The former Radio 1 presenter, 38, revealed he was invited to a party at Drake’s studio after the MTV VMAs in 2010 by his friend Florence Welch, where the awkward incident happened.

He explained in his autobiography Soft Boy, via The Sun, that he took a hit of a comically large joint which had an undesirable effect on his body.

Nick wrote: ‘Drake played some tunes and Flo wailed along while someone passed around a comedy-sized cartoon-like spliff. I chuffed down on it and smiled at Drake.

‘I stepped a foot outside and proceeded to projectile vomit for what felt like 30 minutes.’

While he managed to make it out of the room before vomiting, footage of him throwing up ended up being shown to everyone in attendance.

He explained: ‘I stepped back in, pale and smelling slightly of vom. The room erupted into a fit of laughter.

‘I looked up to see a CCTV screen showing the exact location of the vom incident. I had it live streamed into the studio.’

Well, that’s one way to ensure Drake never forgets you, we suppose…

Nick also spoke out about his friendship with the late Amy Winehouse, who he met in Camden, London while he was working at MTV.

He revealed: ‘We’d all go back to hers and fire up her electric sun bed. We’d sit on the floor side by side and toss our heads back into it to tan our faces while smoking fags and drinking a mini Red Stripe.’

Nick’s friendships with the stars have made headlines over the years, and he also shared anecdotes about Lindsay Lohan offering to get one of her Chanel cardigans from home for his mother to take sure she kept warm and claims Lady Gaga showed his dad her gaffer-taped nipples to check they were covered properly.

Lululemon Founder Chip Wilson Pledges $100 Million To Save The Wilderness