Home » Celebrities » Nick Cannon on losing his five-month-old son: my heart is shattered Nick Cannon on losing his five-month-old son: my heart is shattered 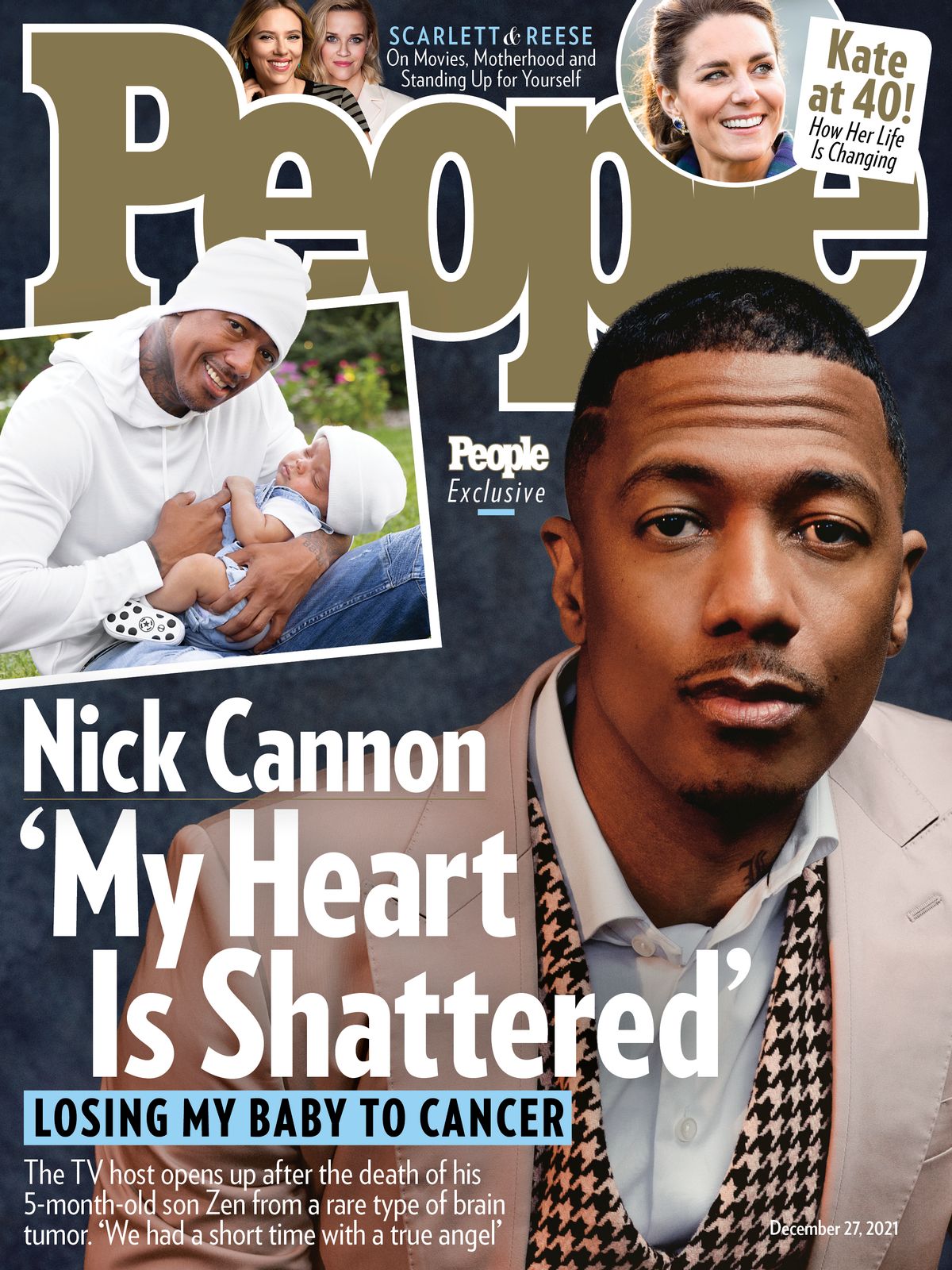 Last week, Nick Cannon made the emotional announcement on his talk show that he had sadly lost his five-month-old son, Zen, to an aggressive form of brain cancer. In a new cover interview with People Magazine, Nick opened up about Zen’s medical history and how he and Zen’s mother, Alyssa Scott, discovered he had glioma, a type of brain cancer, at two months. He also spoke about the harrowing decisions they had to make, and about the pain of losing Zen at such a young age.

Doctors placed a shunt in Zen’s skull to allow excess fluid to drain and alleviate pressure, but they discovered that his tumors had continued to grow.

“We started asking, ‘Is there a way to prevent this? If not, how long do we have?’ ” recalls Cannon. “The conversations quickly turned to, ‘How can we give him the best life for the time that he does have?’ It could be weeks, it could be months, it could be years.”

After discussing various treatments, including chemotherapy, Scott and Cannon — who has undergone chemotherapy himself for the autoimmune disease lupus — made the difficult decision to not pursue any further invasive procedures and focus on keeping their son “as happy as he could possibly be,” says Cannon.

“We were having quality-of-life conversations,” he says. “We could have had that existence where he would’ve had to live in the hospital, hooked up to machines, for the rest of the time. From someone who’s had to deal with chemotherapy before, I know that pain. To see that happen to a 2-month-old, I didn’t want that. I didn’t want him to suffer.”

From there, Cannon, 41, and Scott, 28, a model and philanthropist, were determined to create moments of joy every day for Zen.

“We focused on Disneyland, our favorite place,” explains Cannon. “Every month we would celebrate his birthday, just really seeing it as a victory every time he had a milestone that he was still here with us.”

But over Thanksgiving weekend, things took a turn for the worse.

“You could tell he was struggling,” Cannon recalls. “He was gasping for air. We’d wake up, and he wouldn’t be breathing for maybe five to 10 seconds at a time, and then he’d let out a huge gasp. You could see it frightened him. It was the scariest thing I’ve ever experienced.”

Cannon and Scott made the decision to spend a peaceful day with their son at the beach.

On Dec. 5, Zen took his last breath — with his mom and dad by his side.

“I see it as a blessing that I got to be there,” says Cannon. “Alyssa says, ‘I think he was just waiting for you.’ ”

This news is heartbreaking. First of all, our condolences to Nick and Alyssa. As someone who had to watch their mother overcome the grief of losing a six month old child (I was six at the time of my sister’s death), I can only imagine the pain that Nick and Alyssa are feeling. I am so sorry that they had to lose him in this way. It breaks my heart that Nick and Alyssa had to make such an immensely tough decision about their son’s life. Despite the devastation of the occasion, I am happy that both Nick and Alyssa were able to be there when Zen passed. I am sure Zen was surrounded by love from his family. I believe Nick when he said he feels shattered. My mom and I still have a void where my sister Krystal should have been, 39 years later. It does get easier, but the emptiness still remains. I hope that medicine will continue to advance over the next few years so that we can eliminate these diseases that are causing children and families to suffer. But in the meantime, if you are a parent and you feel like something is wrong with you or your child, don’t allow the medical system to brush your concerns off. Push until you get answers. And if you have lost a child, I send you love.

'Tarek & Heather The Big I Do': Heather Reveals a Sweet Behind-the-Scenes Moment Before She Walked Down the Aisle (Exclusive)