1:19 PM PT — TMZ’s obtained pics of the 14 guns and $79k in cash cops seized during the course of the investigation. Baton Rouge Police says its Street Crimes Division — along with the FBI — received information from anonymous concerned citizens of individuals brandishing guns in an abandoned lot on Monday around 4:30 PM. Cops say upon arrival, multiple individuals fled on foot and others were detained for questioning. 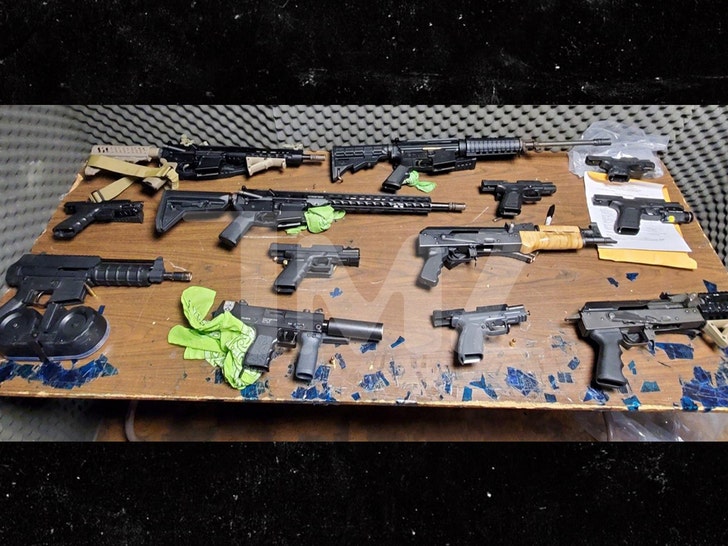 Cops say they arrested 16 individuals … including the rapper. They say 1 weapon was stolen and 2 guns were equipped with illegal stocks. Cops gave the anonymous tipster a shout-out for calling in the tip saying, “We have consistently said that we can’t do this alone. We need help from the community to solve crimes. When you See Something, Say Something. This is another example of our citizens getting involved and calling us when they witness suspicious activity. Thank you for your help Baton Rouge, Keep Talking, we will never stop listening!” 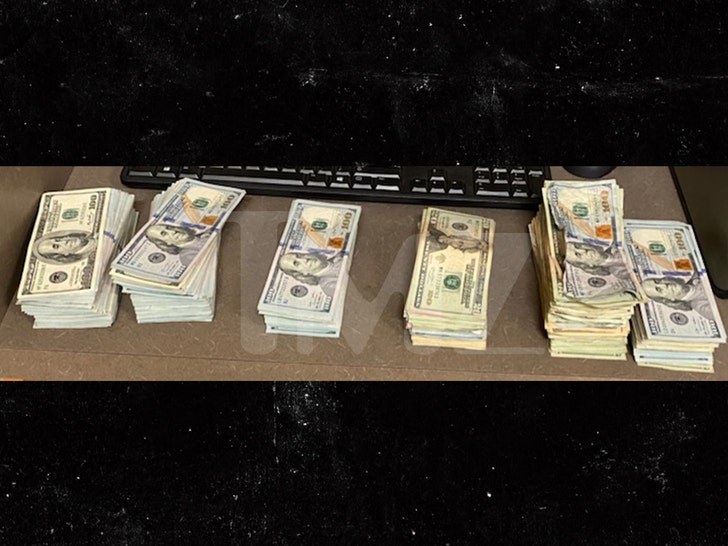 11:38 AM PT — NBA’s attorney, Jimmy Manasseh, tells TMZ his client is innocent of the charges he was arrested for Monday night, insisting YoungBoy had no controlled dangerous substances on him.

He claims cops arrived on the scene on a firearms tip, and went on to conduct searches and detainments illegally … even though he admits cops found several guns on a bunch of the guys who were ultimately picked up. Still, he maintains YoungBoy was unarmed — which no one is refuting … NBA YoungBoy wasn’t booked on any gun charges.

Manasseh says YoungBoy looks forward to defending himself in court.

NBA YoungBoy was sitting in a jail cell this week after getting arrested for drugs in his Louisiana hometown.

It’s unclear exactly what specific drugs he allegedly had, but If any or all of the charges stick … YoungBoy could be facing several years in prison.

It’s unclear what led to his arrest, but a video posted to social media claiming to have captured the run-in with cops indicates it could’ve been a raid of some sort — as YoungBoy was reportedly one of several people swept up and taken away in cuffs.

YoungBoy was released from jail last year after getting caught up in a Miami shooting … while he was on probation for another case.

Sorry, Nic! The Resident's Conrad Will Find Someone New This Season