Marvel Fans Might Have to Say Goodbye to James Gunn Again

Most people believe in second chances when it comes to those in Hollywood who’ve made life-altering mistakes. The tolerance level is lower now for those who’ve committed sexual abuse or murder. For those who’ve only said wrongheaded things on social media, the forgiveness levels are still there.

James Gunn is now the portrait of the latter, and we can only hope he’s learned his lessons. The things he once said on Twitter were more than a little disturbing, despite intended as dark humor. His mature apologies at least persuaded Disney to rehire him for Guardians of the Galaxy Vol. 3.

While this is scheduled for 2022 at the earliest, Warner Brothers hired him back for their own superhero projects. Working for both could end up being a battle over edgier content.

Is Gunn better suited for the DC movie universe rather than Marvel? 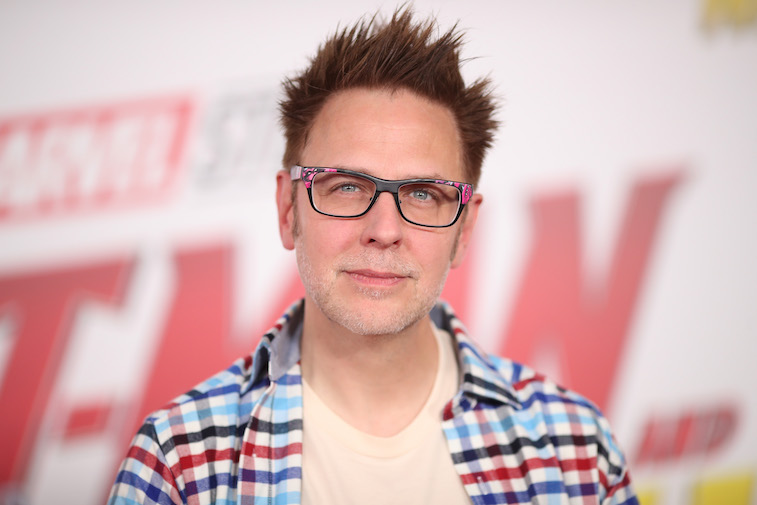 Many MCU fans were hoping Guardians of the Galaxy Vol. 3 would be out before 2022. Now that we know the Marvel slate for Phase 4 will be going in other directions for the next two years, it’ll at least give Gunn extra time to make sure Vol. 3 is the best it can be.

This also gives him some time to think about what he wants his future to be in the realm of superhero movies. With news DC wants him to take on the next Suicide Squad movie and develop future projects for them from there, it’s looking like Gunn has one of those career crossroad decisions.

No doubt DC wants to become an equal of the MCU. They know Gunn has a specific formula he uses that almost always equals success. Most of this has to do with his deft mix of drama and black comedy the Guardians movies are known for by their most ardent fans.

DC is looking to bring the same touch to Suicide Squad and their own future superhero movies. Should they go in this direction, or would they be accused of being just another Marvel derivative?

Since Disney now owns Marvel, they’re obviously careful on providing too much in the way of anything overly dark, unless it shows the comeuppance of a villain. A good example of this is the recent news of the MCU screenwriting team revealing they wanted Captain America to die by head decapitation at Thanos’ hand.

Disney nixed this idea, but did agree to let Thanos be beheaded as his denouement. Not that the Guardians films necessarily have violence on this level, outside of some occasional dark humor in the script.

Even this could get Gunn into trouble since some are still haunted by his tweets once making joking references to pedophilia. No doubt Disney will be overly circumspect about what he does with Guardians Vol. 3 and if he includes any allusions to things he once said on Twitter.

At DC, they may not care as much since they’ve had no worry about going as dark as possible without alienating audiences.

Can Gunn balance both Marvel and DC in the coming decade?

The real question is would he be willing to work for both simultaneously? In a different era, that couldn’t have happened. Nowadays, it’s not too uncommon, even if DC and Marvel are very different in their approaches and fierce cinematic competitors.

Yes, Disney acquiesced on rehiring Gunn. However, his material may turn darker being used to working at DC where they’ll likely give him free license to work with edgier material. Going to work at Marvel with this mindset could mean clashing with Disney eventually about content.

Jason and James Duggar Just Graduated From School — Are Either of Them Courting?
Recent Posts