Home » Liz Phair: If I was younger and knew less it would be easier to fall in love Liz Phair: If I was younger and knew less it would be easier to fall in love

Embed from Getty Images
90s indie rocker, Liz Phair, has a new album out, Soberish, today! It’s her first in over 10 years. I know her from her ‘93 and ‘94 albums, her debut Exile in Guyville and follow up Whip-Smart. Now I have Supernova and F’ck and Run stuck in my head! I was so happy to see an interview with Liz in OK! Magazine of all places. She’s 54 and says so many wise things that I wanted to discuss. The part where she talks about falling in love was particularly relevant to me.

Can you explain the title, Soberish?
I felt very “soberish” because it was a difficult year with so many things going wrong and layer after layer of unsafe, unpredictable conditions. I also felt the name could be interpreted to mean things we do to avoid direct reality – not just substance abuse, but all the different ways we can exist in denial and in escapism. If you’re using any trick or habit to keep from having to confront truth and reality head-on, you’re probably “soberish,” you know?

Do you use any of those tricks?
I live my life mostly sober. And then when I’m not sober I don’t feel ashamed or bad because I keep the baseline OK. When I do go into those states, I feel connected to my humanness and my sort of oceanic oneness with the world. So for me, keeping a balance is helpful.

The album has songs about romances gone bad. Does that reflect where you are now?
Kind of. I’m a complicated person and I don’t couple up easily. So there are a lot of starts and stops in my relationships, and sometimes I’m not the victim but the one with the shiv. I think I’m at that stage where you kind of have a halfway decent life and it takes a lot for you to want to change that. I wish I were younger and knew less. It would make it easier to fall in love.

Liz also said she stopped making music for so long because she “switched to scoring television when my son was in school” so she wouldn’t need to tour. Her son is in college now so she’s back at it. She’s going on tour this summer with Alanis Morrissette and Garbage! I would love to see that show.

Liz’s thoughts about relationships remind me of something Jane Fonda said recently. She said that she is happy single because she can go to bed when she wants and do what she wants with her day, essentially. That’s the practical aspect of it, and also when you reach your late 40s/early 50s, you’ve seen so much that you know what to look out for. The type of guys I dated 20 years ago throw off red flags now because I’ve dealt with all that sh-t already. I think that’s what Liz means, that we know how things are going to go and most of the time it’s not worth the effort. 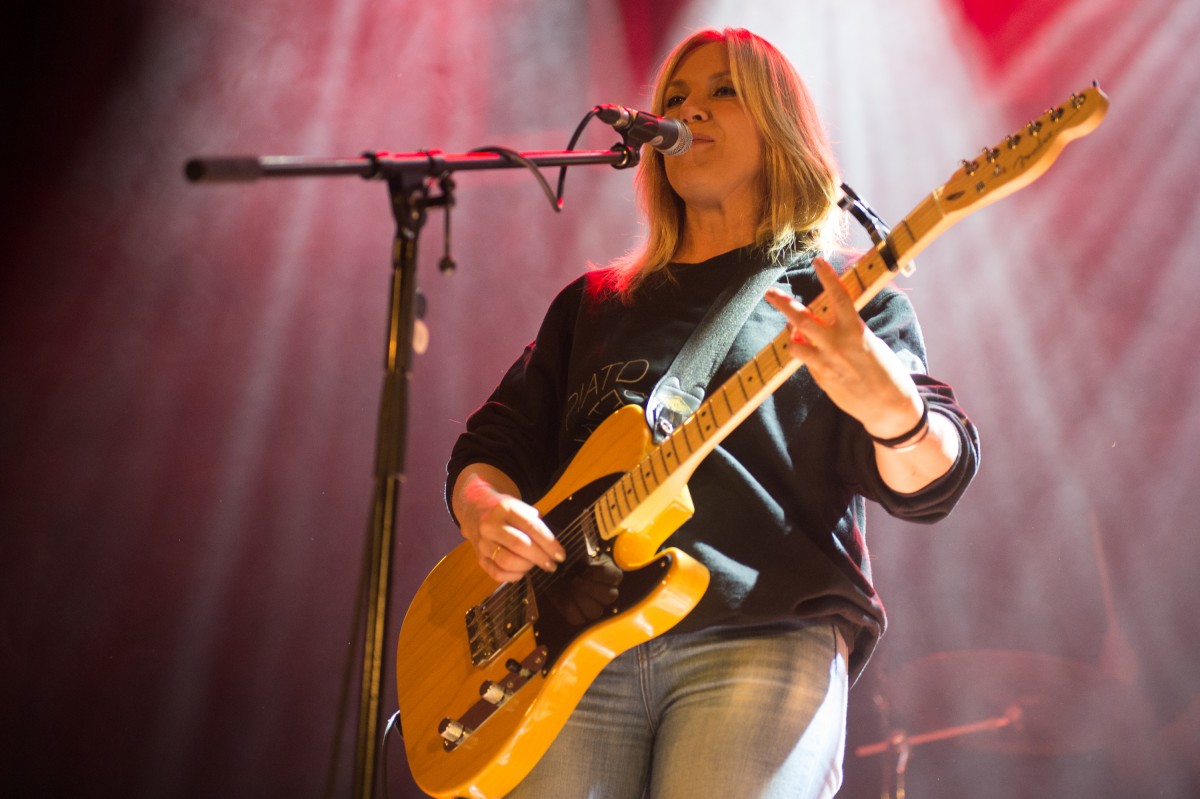