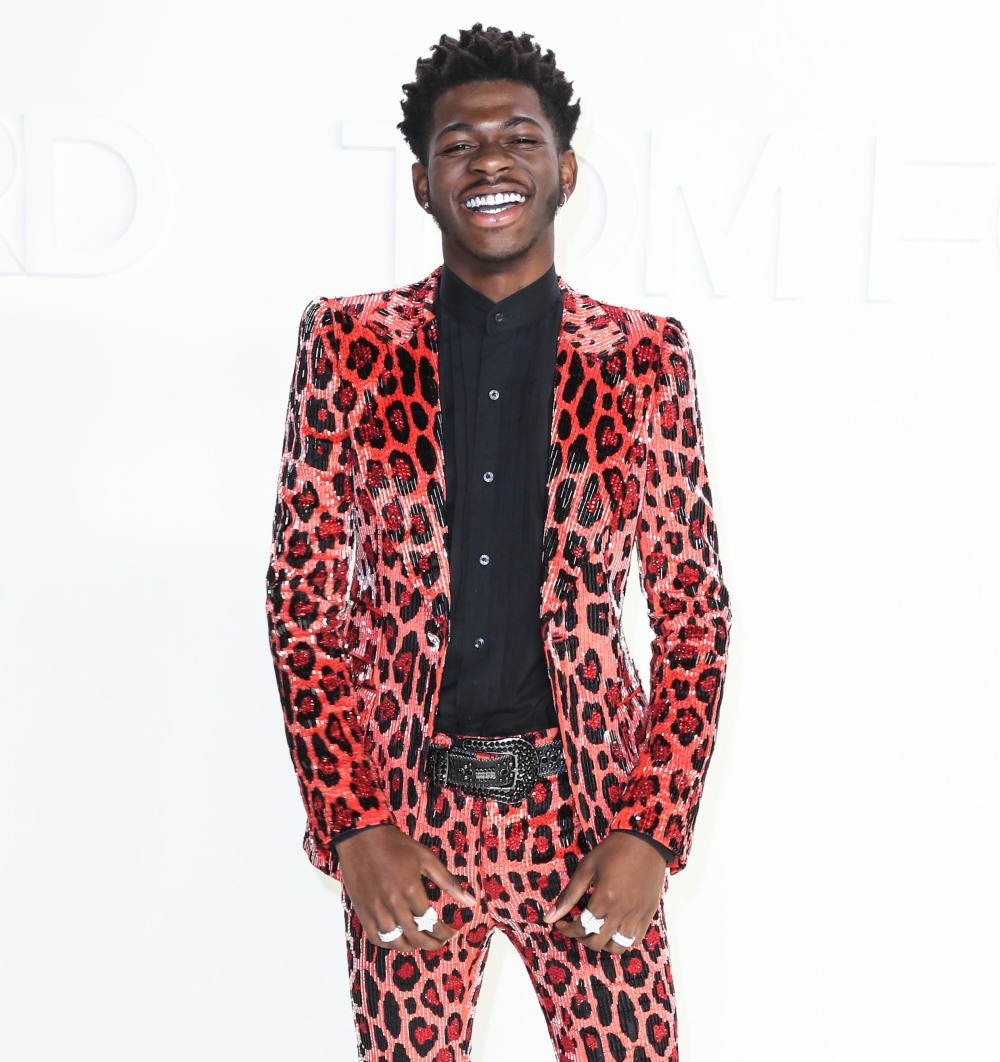 I like Lil’ Nas X a lot. He seems really smart, and like he’s living his dream as a singer, performer, producer and now shoewear maker. A few days ago, Lil Nas X announced his new sort-of collaboration: Satan Shoes. I’m not even joking. Whew, let’s get into it.

Rapper and singer Lil Nas X is launching a controversial pair of “Satan Shoes” featuring a bronze pentagram, an inverted cross and a drop of real human blood. The black and red sneakers, part of a collaboration between Lil Nas X and New York-based art collective MSCHF, were made using Nike Air Max 97s, though the sportswear brand has distanced itself from the design.

In an emailed statement to CNN, Nike said it was not involved in creating the modified sneakers. “We do not have a relationship with Lil Nas or MSCHF,” the company said. “Nike did not design or release these shoes and we do not endorse them.”

Launching as a limited-edition “drop” of 666 pairs, each shoe’s air bubble sole contains 60 cubic centimeters (2.03 fluid ounces) of red ink and “one drop” of human blood, according to MSCHF. They are priced at $1,018 a pair, a reference to the Bible passage Luke 10:18 that reads: “I saw Satan fall like lightning from heaven.”

A MSCHF spokesperson said the blood had been provided by members of the art collective, adding: “We love to sacrifice for our art.” The group also confirmed to CNN that Nike was “not involved in this in any capacity.”

Just so we’re clear on the mechanics of this, MSCHF purchased 666 pairs of Nike Air Max97s and then they decided to put their own “satanic spin” on them, complete with pentagrams, drops of blood and an inverted cross. As you can imagine, Satanic Panic is once again sweeping America, as various politicians and religious figures clutch their pearls and try to make it sound like none of this has ever been done before. Meanwhile, Lil Nas X is getting millions of dollars worth of free publicity for his shoe collab AND his new music – he has a new song and music video, “Montero (Call Me By Your Name),” which is also full of devilish imagery. He issued an “apology” video which cuts out after two seconds and just becomes a clip of his “Montero” music video.

Kate Middleton's Official Title Does Not Actually Include Her First Name