Liam Gallagher hinted his brother Noel is ‘desperate’ to see him but is being stopped by his wife Sara – as he appeared to blame her for their decade-long feud.

The former Oasis frontman, 47, reached out to Noel, 52, in a tweet claiming his former band mate was ‘desperate to hang out’ with his ‘little bro’ on Tuesday.

But in what could be seen as a further scathing attack of Sara MacDonald, 48, Noel’s wife of eight years, he added: ‘it’s just your Mrs won’t let ya.’ 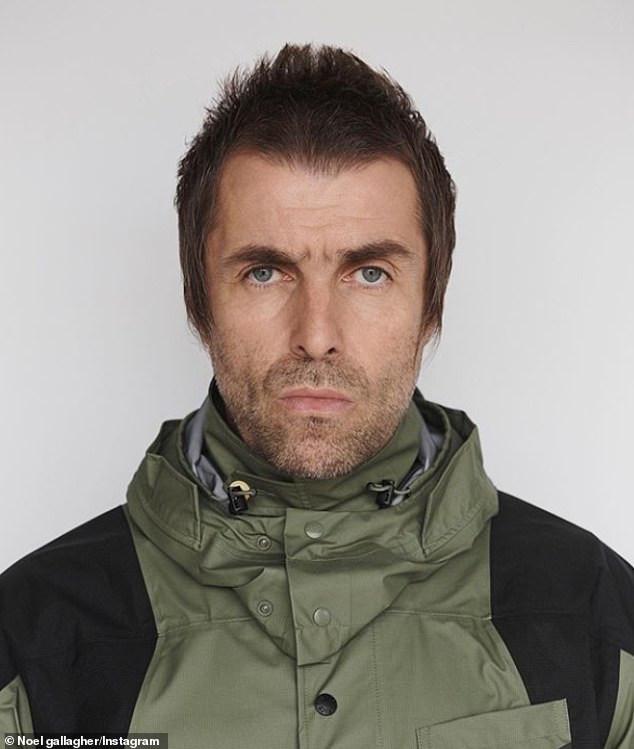 ‘Desperate’: Liam Gallagher, 47, reached out to Noel, 52, in a Tweet allegedly claiming his former band mate was ‘desperate to hang out’ with his ‘little bro’ on Tuesday

The Tweet read: ‘We all have the ability to forgive n forget you’ve just got to want to and we all know your desperate to hang out with your little bro it’s just your Mrs won’t let ya oh well as you were LG x’

Liam continued: ‘What ever I said surely wasn’t as bad as what you said about Damon n Alex remember when you wished they catch aids n die your full of s**t Rkid you just ain’t got it anymore Bon voyage LG x’

During the height of the Oasis war with Blur in 1995, Noel told the Observer: ‘I hate that Alex and Damon. I hope they catch Aids and die.’ 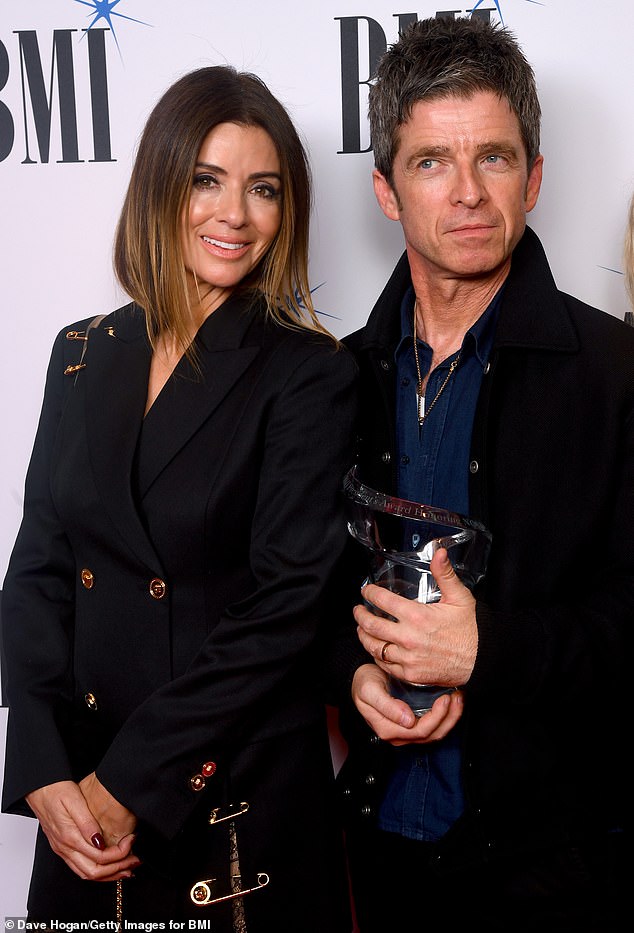 Feud: In an alleged scathing attack of Sara MacDonald, 48, Noel’s wife of eight years, he adds: ‘it’s just your Mrs won’t let ya’ (The couple pictured in London on Monday) 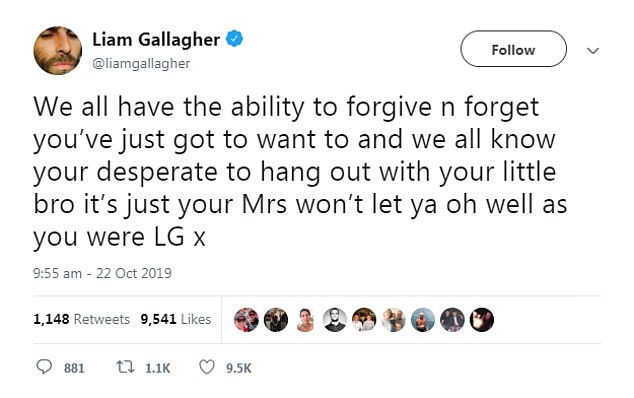 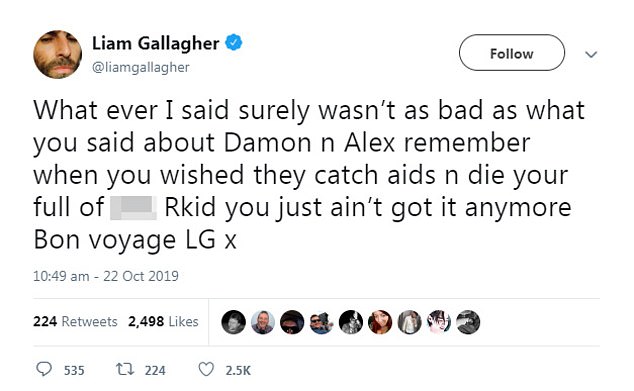 Hitting out: Liam addressed his feud with Noel and reminded his brother about the shocking comments he made referring to Blur’s Damon Albarn and Alex James

Brothers Liam and Noel have been feuding for ten years, and it has been well-documented in the public eye since their Oasis days, which formed in 1991.

Their on-going argument continued following the Oasis split in 2009, where during a BRIT acceptance speech Liam thanked every member of the band except for Noel.

Fuel was added to the siblings’ decade-long feud in August, when Noel told Variety: ‘Every time I see that c***’s face. I want to take out a McDonald’s with a machine gun. I don’t think I’ll be going to the cinema to watch him rewrite f***ing history about what a great guy he is, what a wonderful family man.’

While Liam admitted in June at the As it Was premiere in London that he wanted to ‘break’ his brother Noel’s ‘f****** jaw’ after he refused to let him use Oasis music in his new documentary.

Speaking to Sky News, he raged: ‘Him and his little people saw it and took the Oasis music out of it because that’s all he’s got left, d’ya know what I mean. It doesn’t make me sad, it makes me f****** mad. 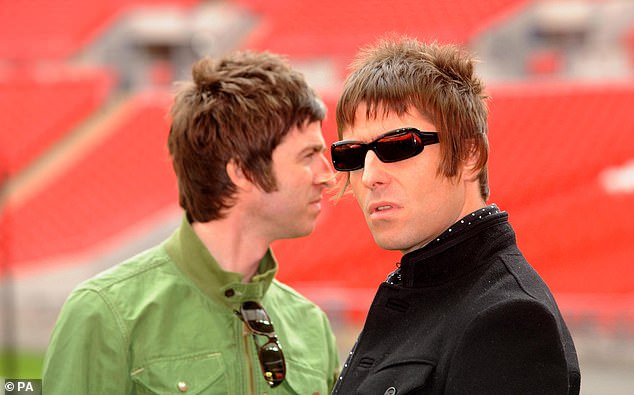 Fallout: Brothers Liam and Noel have been feuding for ten years, and it has been well-documented in the public eye since their Oasis days, which formed in 1991 (pictured in 2009)