Leonardo DiCaprio's dating history as he splits from Camila Morrone 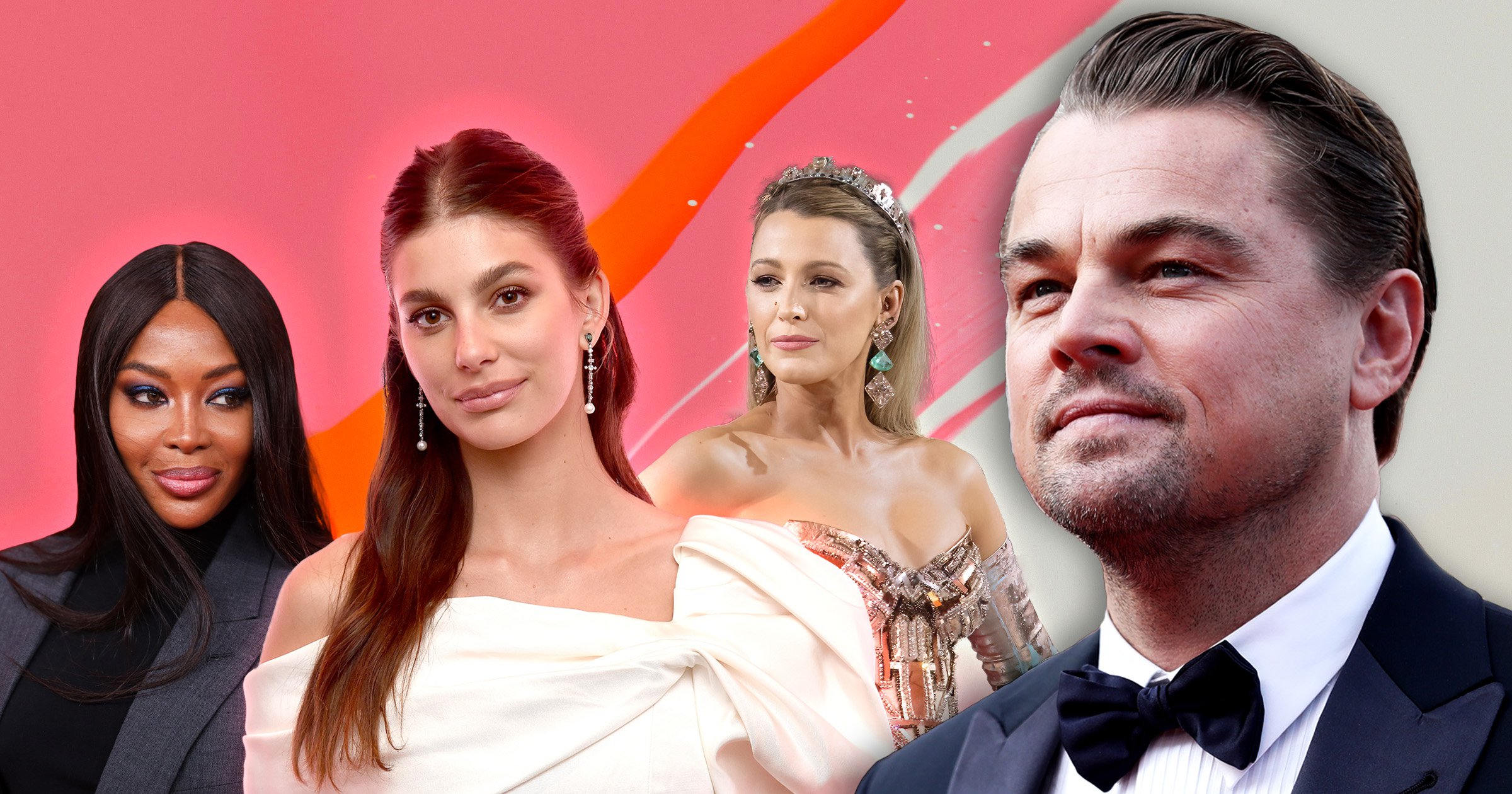 Leonardo DiCaprio has reportedly split from his girlfriend of five years, Camila Morrone, meaning the Oscar-winning actor is single again.

The Titanic star, 47, and Camila, 25, raised eyebrows initially with their 22-year age gap, keeping much of their romance behind closed doors.

So, after they supposedly called time on their relationship this summer, we thought we’d do a refresh of the star’s dating history.

Leo has had a string of famous girlfriends, including names like Naomi Campbell and Blake Lively, since he burst onto the Hollywood scene.

There have also been reports of him never dating someone over the age of 25, with his most recent girlfriends all being in their early 20s.

Let’s take a look back on who came before Camila…

Leonardo’s dating life first gained attention in 1994 when the sought-after bachelor was linked to Bridget Hall when she was in her early 20s.

After sweeping the star off the market, Bridget and Leo split in 1998, with the reasons for their separation still unclear.

There were reports of the actor dumping the model after a ‘disappointing night of love’, but Bridget told New York Magazine in 1998 that ‘nothing happened’ between them.

Leonardo starred opposite Claire Danes when she was 17 and he was 21, in the film Baz Luhrmann film adaptation of Shakespeare’s Romeo and Juliet – and the story of young love later became their reality, well, reports say.

While the co-stars didn’t officially confirm that they were dating, there were plenty of reports of them having strong chemistry off set.

Kristen dated Leonardo from 1996 until 1997 while in her early twenties.

Despite their short-lived romance, the Michigan-born model was seen at a number of public appearances with the actor, including the Romeo & Juliet premiere in LA.

Amber Valletta, then 23, supposedly got with Leonardo after he saw her modelling in a magazine and thought she was attractive.

The story goes that he got his reps to track her down and they enjoyed a brief fling.

The Danish model was reportedly one of the first women who Leo ‘partied’ with after he shot to fame following the release of Titanic in 1997.

After photos surfaced in the late 1990s, rumours started swirling regarding Leonardo’s relationship with the model-actress daughter of Aerosmith frontman Steven Tyler.

But, it wasn’t to be, as she’s now in a long-term relationship with David Gardner and they share a daughter. Liv – in her 20s when dating Leo – also has a son with ex-husband Royston Langdon.

Another woman charmed by Leo’s Jack in Titanic was supermodel Naomi Campbell, as they are also said to have had a brief fling after the film landed when she was 25.

They’ve remained close friends nonetheless and have been spotted at events together recently.

Leo met the Czech supermodel, then 23, at his 1998 premiere for Man in the Iron Mask.

While they never came out and confirmed they were together, sources claimed the two an affair for two months while Eva was married to Bon Jovi drummer, Tico Torres.

French actress Virginie met Leonardo on the set of his 2000 flick The Beach.

Much like with Romeo & Juliet, they played lovers in the film and supposedly enjoyed a brief romance off-screen too.

They were together for five years from 2000 until 2005 when she was 19, and were extremely compatible, sharing similar interests such as environmental activism.

In 2005 before splitting, they walked the Oscars red carpet together.

Gisele is now married to NFL star Tom Brady and they have a son and daughter.

The pair met at a U2 concert in Las Vegas and did a lot of travelling together in their time.

They even visited Tel Aviv so Leo could meet Bar’s mother, Irmelin Indenbirken, while celebrating his 36th birthday.

While ‘off’ with Bar, the actor had another brief fling with swimwear model Anne, 23 at the time.

They met in Ibiza and were photographed getting cosy on a yacht in 2009.

It might be hard to imagine Blake Lively with anyone else but Ryan Reynolds now, but she actually had a five-month relationship with the Titanic star after they met in 2011. She was 23 at the time.

The twosome met on board Steven Spielberg’s yacht in Monte Carlo during the Cannes Film Festival and went on to enjoy a series of romantic dates in the likes of Venice and New York City.

Of course, it didn’t work out, and Blake is now happily married to the Deadpool actor and they share three children – James, Betty, and Inez.

Victoria’s Secret model Erin dated Leo for 10 months when she was 22.

They split in 2012, which sources claimed was amicable and simply down to conflicting work schedules.

Leonardo was first seen with Toni Garrn, then 21, at the 66th Cannes Film Festival in 2013.

However, they split in 2014 with reports that the German-born model was annoyed after seeing Leo partying with other girls.

In one of his bigger age gap relationships, Leonardo dated Sports Illustrated model Kelly Rohrbach, then 25, until 2016.

They had an age gap of 16 years while dating for a few months, with their decision to separate once again put down to ‘a lot going on in their lives’ and busy work schedules.

Nina Agdal, who is 17 years younger than the actor and was 24 at the time, dated in 2016 but split the following year.

The Danish model was photographed with the Hollywood star on holiday in New York, as well as the Bahamas.

That brings us to Camila Morrone, whom Leo is thought to have ‘quietly’ split from earlier this year, shortly after she celebrated her 25th birthday.

The Revenant star travelled the world with Camila and they even adopted three huskies together in 2020.

But now, an insider has claimed: ‘There are no bad feelings between them,’ they added to the Sun. ‘It just came to a natural conclusion.’