Home » Celebrities » Laurels for Hardy, a literary lion but a write-off as a kind husband Laurels for Hardy, a literary lion but a write-off as a kind husband

ROLAND WHITE reviews last night’s TV: Laurels for Hardy, a literary lion but a write-off as a kind husband

A House Through Time

Poor Thomas Hardy. He rises from humble origins to carve out a remarkable career as a novelist and poet, he is awarded the Order of Merit and buried in Westminster Abbey.

Yet what happens? More than 90 years after his death, he is exposed on national television as a rotten husband.

One of the most dramatic Hardy moments is the scene in which drunken Michael Henchard, later the Mayor of Casterbridge, sells his wife to the highest bidder at a country fair.

According to Thomas Hardy: Fate, Exclusion And Tragedy (Sky Arts), that was probably wishful thinking: a reflection of the way he felt about his first wife, Emma. 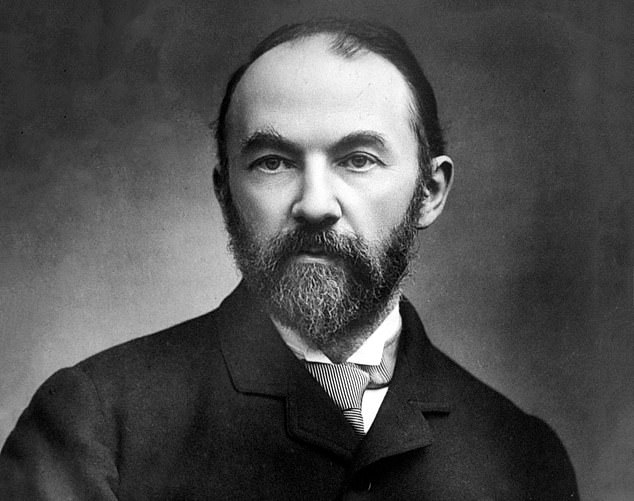 Thomas Hardy, who has fallen out of fashion in recent years, was a gloomy novelist and this account of his life made no attempt to lighten the mood, writes Roland White

As she once bitterly observed: ‘He only understands the women he invents — the rest, not at all.’

She lived in the attic rooms of their home in Dorset, and their relationship was so bitter he turned down a knighthood because he didn’t want her to be Lady Hardy.

Yet when Emma died and he was free to marry his mistress, Florence Dugdale, he was convulsed by grief and guilt.

He kept her coffin at the end of his bed for three days, visited parts of Cornwall where he and Emma had shared happy memories, and wrote some of the best poetry of his career in her memory. Men, eh?

Hardy, who has fallen out of fashion in recent years, was a gloomy novelist and this account of his life made no attempt to lighten the mood. It was the sort of show you rarely see on mainstream television these days: a procession of serious, rather academic talking heads.

Well, mostly serious: I did note that the pro-vice chancellor of Liverpool University wore a huge brooch in the shape of a white mouse. 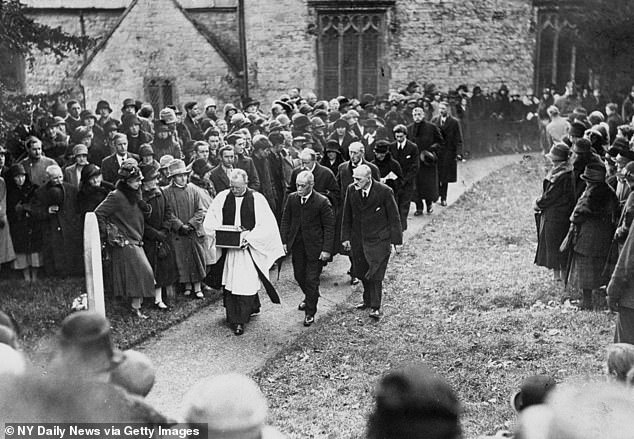 An urn containing the heart of novelist Hardy is carried during a funeral procession in Stinsford, England, to be buried in his wife’s grave

In Passport To Pimlico (Talking Pictures), part of London leaves the UK in favour of French rule.

Now it feels like a training film for voters who want to rejoin Europe.

One light moment came when the programme recalled how Hardy probably provided inspiration for the word ‘cliffhanger’. When his novel A Pair Of Blue Eyes was being serialised, he left his hero, Henry Knight, dangling from a cliff edge at the end of one episode.

Luckily, Henry’s love interest, Elfride Swancourt, was a resourceful young woman. Even though it was 1873, she had no hesitation in whipping off her underwear and lowering it to Henry as a rope.

How fortunate that the knickers of Victorian romantic heroines came supplied by the yard.

In A House Through Time (BBC2), the historian Professor David Olusoga continued to discover enough drama in a modest end-of-terrace home in Leeds to cobble together a soap opera.

Last week’s episode told how a young boy burned to death in a domestic accident, and last night we learnt that later residents also had their share of tragedy.

One of factory owner Benjamin Wild’s workers died after his arm was ripped off in an industrial accident, and later the factory was burnt to the ground in a suspected arson attack, soon after a strike. Scooping up the insurance, the Wild family moved to the United States. 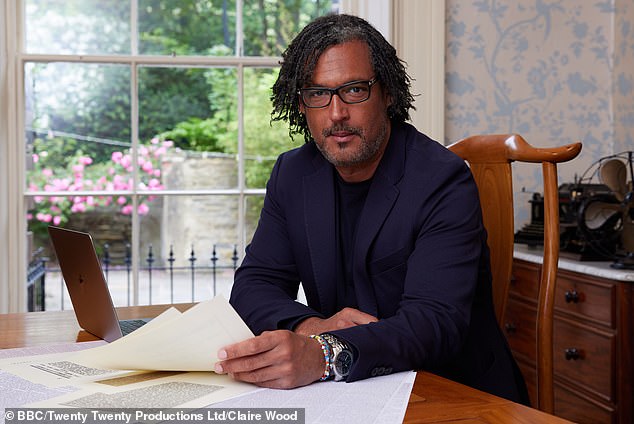 In A House Through Time (BBC2), Professor David Olusoga (pictured) continued to discover enough drama in a modest end-of-terrace home in Leeds to cobble together a soap opera

The next residents, Andrew and Mary Mellish, lost a year-old son to rickets. They were replaced by a William and Mary Lucy Whiting, who were Quakers and anti-war campaigners.

There was romance — the young man who literally married the girl next door — and a touch of glamour in the story of Edward Partridge, who mixed with the smart set (at arm’s length) as a waiter on a Cunard liner.

All human life was there. I wondered, does every home in the country have similar stories to tell, or was the research team just lucky when they picked that address in Leeds?

Christopher Stevens is away.