When people think of power couples in Hollywood, Kristen Bell and Dax Shepard might not come to mind right away. After all, they are not at the top of their industry like Beyonce and Jay-Z. Nor do they make an impressively large amount of money every year like Tom Brady and Gisele Bundchen.

However, over the years, Bell and Shepard have proven that they definitely should be considered a power couple, especially when it comes to their marketing skills.

They have had a number of lucrative endorsement deals so far, and their new baby-care line is only adding to the pair’s growing net worth. 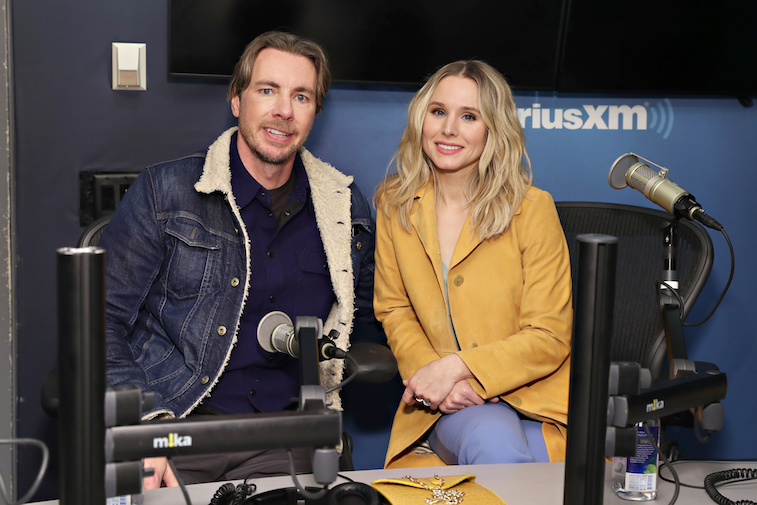 Bell and Shepard have two young daughters: Lincoln (b. 2013) and Delta (b. 2014). The couple has been very open about life as working parents, though being comedians themselves, they also have an honest, humorous approach to the realities of parenting.

In 2019, they decided to launch a baby-care line with products to help other parents take care of their children throughout the day. Called Hello Bello, the line prides itself in offering plant-based products at affordable prices.

Hello Bello’s website states: “We carefully craft all of our products with babies, parents, and the planet in mind – and keep everything at low prices, made possible by partnering with Walmart.”

Hello Bello seems to be a hit with fans so far. Its Instagram account currently has over 200 thousand followers, and a lot of its products have rave reviews on Walmart’s website.

Bell and Shepard are no doubt pulling in a lot of money from Hello Bello. However, they have also been earning quite a bit already since 2014 with an endorsement deal with Samsung.

The couple has appeared in numerous advertisements promoting various Samsung products, such as the company’s tablets and smart refrigerator.

Aside from Samsung, Bell and Shepard have worked with other brands as well. For example, they have done commercials for Spindrift, Lightlife, and La-Z-Boy.

The fact that Bell and Shepard continue to earn themselves endorsement deals means that many brands and followers see them appealing as spokespeople.

Most of the advertisements that they have done involve Bell and Shepard showcasing their down-to-earth personalities. The pair is often seen doing everyday things that most of their fans (and other parents) can relate to.

Hollywood Branded described their appeal as the idea that “they might not be ‘just like us’… but they could be.”

The blog also wrote about one of their Samsung ads, saying: “Something about the way Kristen and Dax decorate a Christmas tree, relax in their free time and banter back and forth has such a genuine air about it. And since Samsung’s target demographic is so large and varied, an everyday couple (that isn’t really so everyday) appeals to a large variety of consumers.”

How much are Kristen Bell and Dax Shepard worth?

With their various endorsement deals, there is no doubt that Bell and Shepard live a comfortable lifestyle.

They have a combined net worth of around $32 million. Bell’s net worth is $20 million while Shepard’s is $12 million.

Both of them also have successful acting careers, so it’s not clear how much of their money came from their acting work and how much came from their commercial work. However, given the fact that they are still very well-liked by people everywhere, it seems that Bell and Shepard will continue to be brand endorsers for a long time.

'Rodeo': Here's Why Lil Nas X's Video Mashed Up Vampires and 'The Matrix'