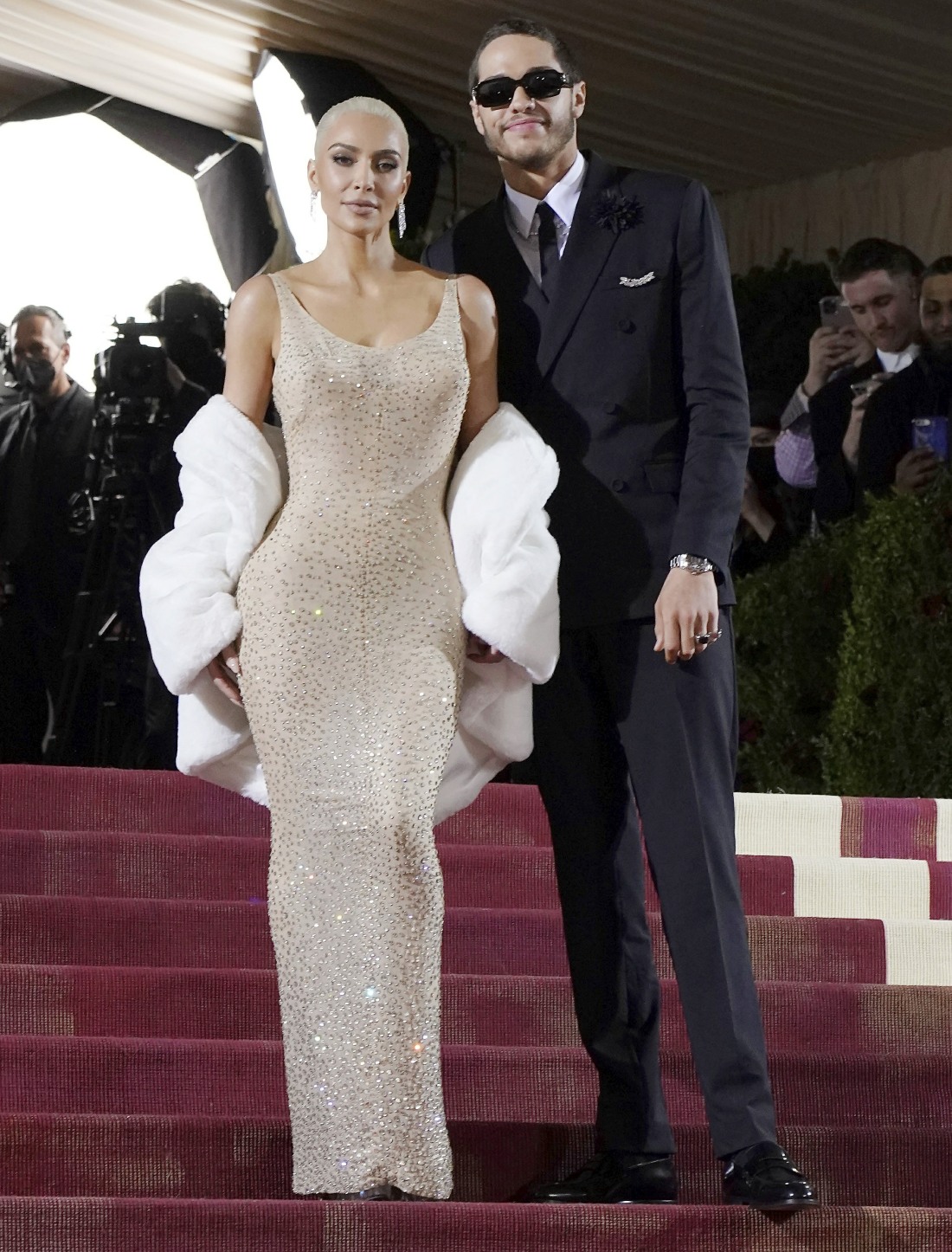 People are still very mad about Kim Kardashian’s Met Gala look. She worked on it for weeks, if not months. Meaning she spent a lot of time convincing the Ripley’s Believe It or Not Museum to lend her Marilyn Monroe’s iconic Jean Louis dress, the same one Monroe wore to sing “Happy Birthday, Mr. President” to JFK. Marilyn famously had to be sewn into the dress, and the piece is sixty years old and very, very delicate. Kim only “wore” the dress for the length of the Met Gala red carpet – she changed into the dress just before the carpet, and changed out of the dress just after the carpet. In the aftermath, people couldn’t believe that Kim and Marilyn have anywhere close to the same measurements. They don’t, really. Kim couldn’t even zip it up, and that was after Kim reportedly lost 16 lbs to “fit” into it.

Kardashian, 41, told BFF and Vogue guest host La La Anthony that she lost a whopping 16 pounds in just three weeks in preparation for the star-studded event.

“It was like preparing for a role,” Kardashian, who also bleached her hair platinum blond and wore a white fur shrug to complete the look, said of her dedication to transforming into Monroe.

She also added that the Ripley’s team “didn’t believe” she could do it, but the “challenge” made her even more committed.

Later in the night, Kardashian showed off endless mini doughnuts and Joe’s pizza in her hotel room, sharing that she cut out sugar and carbs for “almost a month.” The reality star also has been posting her extreme two-a-day workouts on Instagram that include running on the treadmill in a sauna suit.

Do you believe she “lost” that weight naturally, by eliminating sugar and carbs? I do not. Keep in mind, Kim has been on an extreme diet for a while (before all this) and she also has regular plastic surgery to maintain her body. I would be more willing to believe that Kim had some quick lipo a few weeks ago rather than dieting to the point of losing 16 lbs in three weeks. And, as I said, the dress still didn’t fit – it took a village to get the dress over Kim’s ass, and she wore the white fur to cover the fact that she couldn’t get it all the way up.

As for all of the Marilyn-lovers who say that this is an insult to Marilyn’s memory… I agree? But Marilyn’s memory has been pawed over and misused for decades. People are still profiting from her in crazy ways. What makes me mad is that Kim wore this incredibly historical piece of clothing and she made it look so basic and Kardashian. Her styling sucked, the hair was completely wrong, the jewelry was wrong, and Kim doesn’t actually have the natural charisma or sexiness to pull this off. 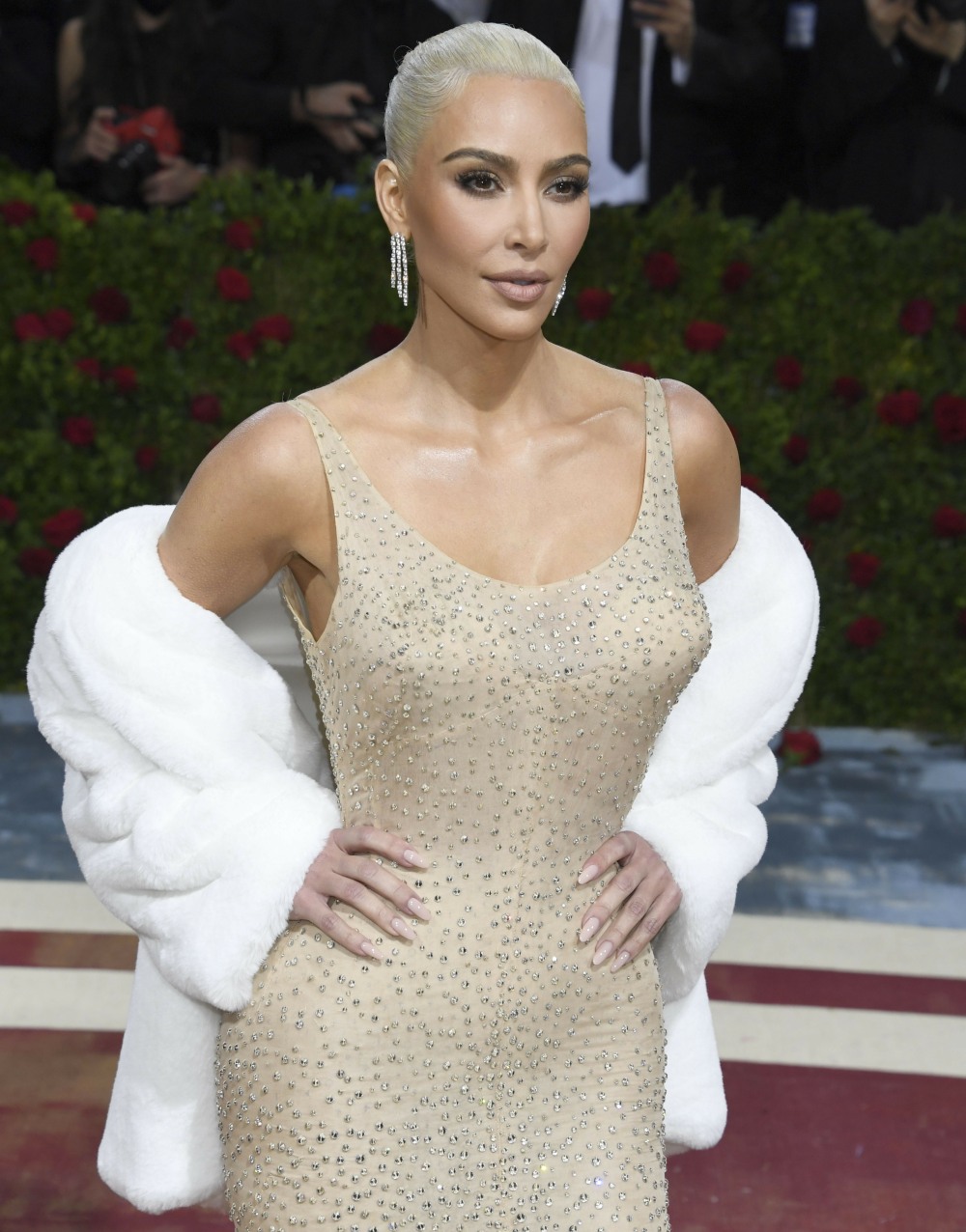 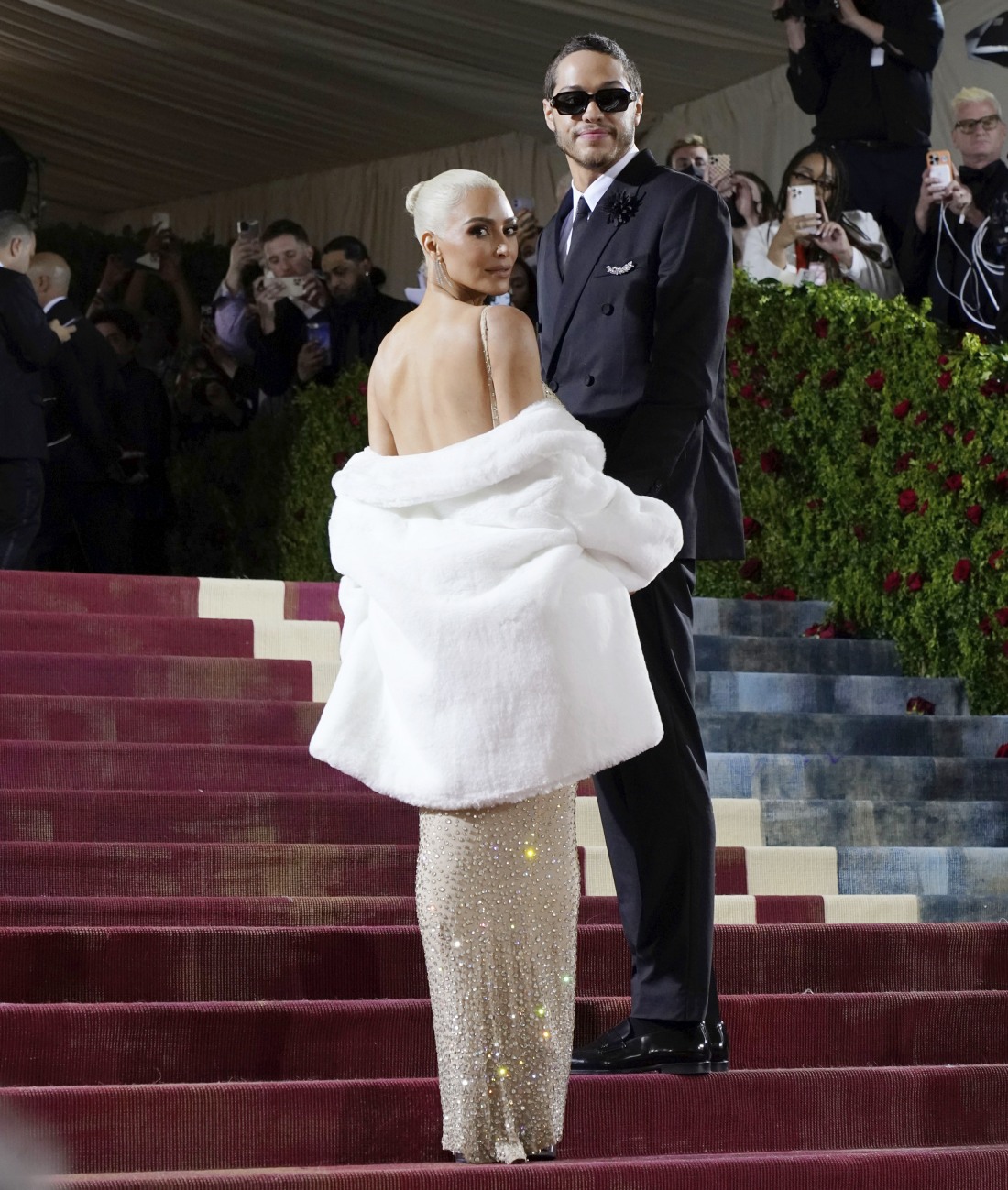