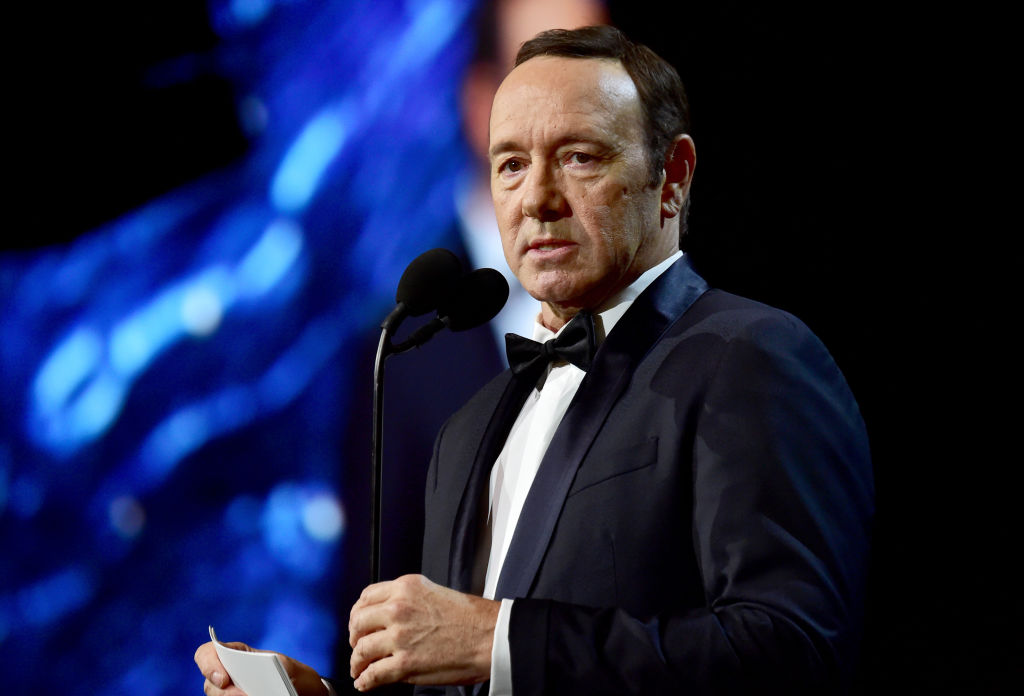 Kevin Spacey says allegations of sexual abuse made against him by actor Anthony Rapp are ‘absolutely false,’ as his lawyers asked a US judge to have the case dropped.

The actor, 61, ‘categorically denied’ the accusations and said he ‘did not harbour any sexual interest or desire in Mr Rapp at the time or since’.

Spacey has been in exile from Hollywood since Rapp accused him of the inappropriate behaviour in October 2017.

Rapp claimed he was the victim of an ‘unwanted sexual advance’ at a party in 1986 when he was 14 years old.

Documents filed in New York on Friday, and seen by the PA news agency, claimed Spacey had surprised Rapp at the party by picking him up and putting him on a bed.

The documents said former House of Cards star Spacey had then pushed his body weight against Rapp before the actor ‘wriggled out’ with no resistance during the brief encounter.

Spacey said none of his interactions with Star Trek: Discovery star Rapp had been ‘for the purpose of degrading or abusing him’.

‘I categorically deny plaintiff Anthony Rapp’s claim that I sexually assaulted him or otherwise made a ‘sexual advance’ on him,’ the 61-year-old said.

‘I met Mr Rapp several decades ago. I never had a sexual encounter with Mr Rapp. Nor did I harbour any sexual interest or desire in Mr Rapp at that time or any time.

‘Nor did I have physical contact with Mr Rapp or any other interaction with him that was for the purpose of sexual gratification of either me or him.

‘Nor did I have any physical contact with Mr Rapp or any other interaction with him that was for the purpose of degrading or abusing him.

‘Any suggestion otherwise by Mr Rapp or anyone else is absolutely false.’

While Spacey’s lawyers deny the whole 1984 incident, in documents seen by PA they argued the alleged encounter did not qualify as sexual abuse because the only accused contact with an ‘intimate’ part of Rapp’s body was when Spacey’s hand was claimed to graze Rapp’s buttocks as the older actor picked him up.

Rapp’s deposition had confirmed there was no touching that would constitute criminal conduct, and there was no other evidence that the contact was for the purpose of sexual gratification or to degrade or abuse Rapp, they said.

It was suggested in March that Spacey will reportedly stand trial in October over Rapp’s allegations.

He has faced legal action in Los Angeles and Nantucket, Massachusetts, but is yet to be found liable in any case.

Spoilers: Imran and Abi get together in shock Corrie romance?