The rapper, 45, has made headlines in recent weeks for publicly insulting the likes of Lizzo and Hailey Bieber, and for wearing a White Lives Matter shirt as he labeled the Black Lives Matter movement a ‘scam.’

Stronger musician Kanye, who goes by Ye, also made multiple inflammatory posts on Instagram and Twitter, and was eventually suspended for tweeting that he planned to go ‘death con 3 on JEWISH PEOPLE.’

The father-of-four, whose ex-wife Kim Kardashian filed for divorce last year, has been condemned by everyone from Sarah Silverman to Piers Morgan for anti-Semitism and ‘indefensible hate speech’ since making the post.

Since the controversy surrounding his White Lives Matter stunt at a Paris fashion show in early October, Kanye’s partnership with Adidas – which sees the sports wear brand host Yeezy under its umbrella – has been ‘under review.’ 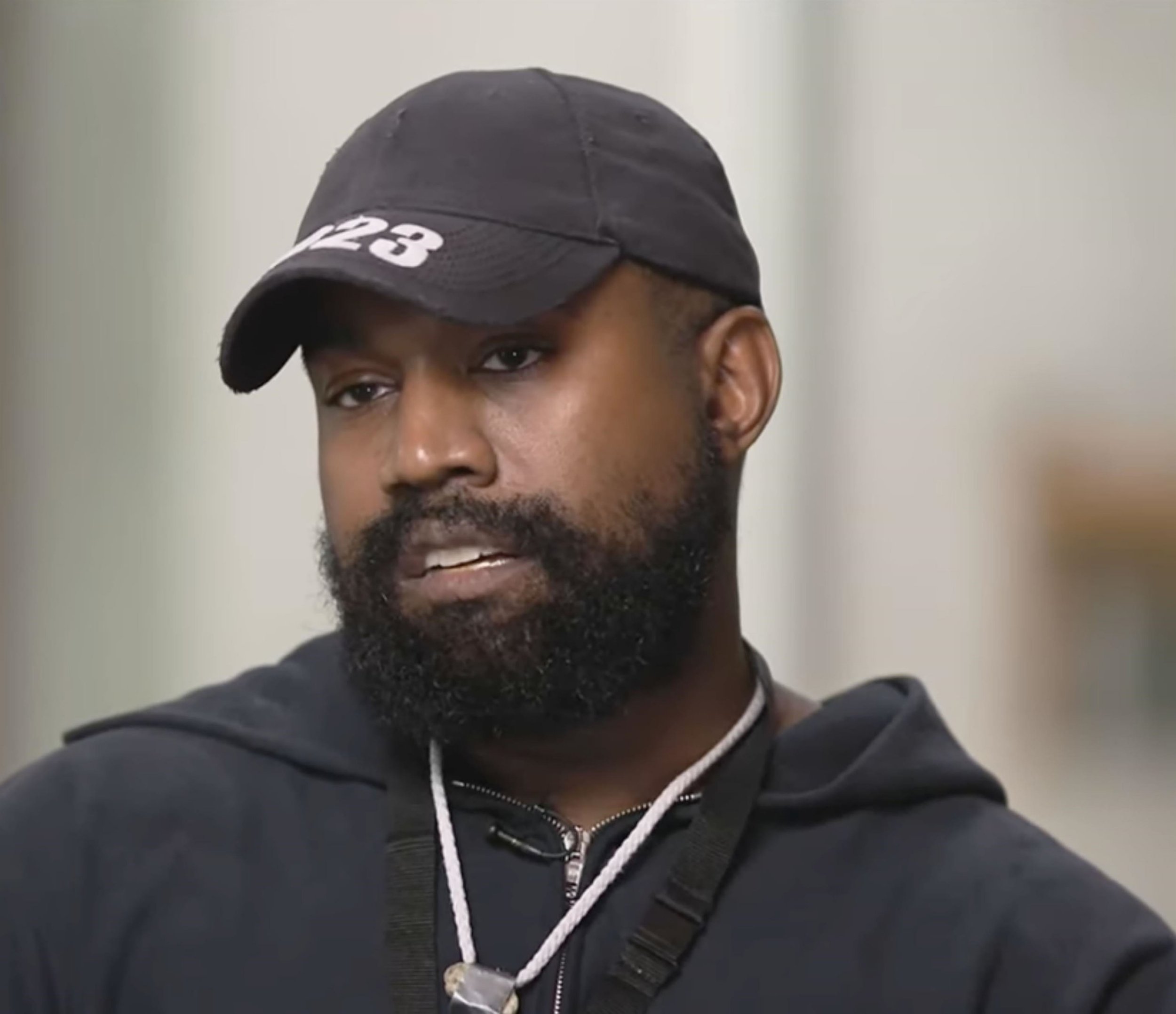 On Monday, the star posted a 30-minute video to YouTube titled ‘Last Week,’ which seemingly contained footage of a meeting with Adidas executives, though it is unclear when exactly this meeting took place.

Airing at around the 10-minute mark, Kanye shows a video on his phone to four men, whose faces have all been blurred out.

‘He’s got the same voice, doesn’t he?’ the rapper asks, appearing to say one of the men present sounded like an actor in the video.

The musician then lifts the video up close to one man and points towards him, before someone says: ‘Come on, man. Come on,’ and moves his arm away.

The meeting then gets going, with Kanye telling those present that Adidas ‘has done wrong by the company, by the business and by the partnership.’

Another man then tells the executives: ‘What you’re feeling now is extreme discomfort and that is exactly the point. Because when someone steals this man’s ideas, his creations, it’s like you’re stealing a child.’

Adidas released a statement last week confirming they have been in discussion with Kanye on whether to continue their partnership, which they described as ‘one of the most successful collaborations in our industry’s history.’

The statement read: ‘After repeated efforts to resolve the situation, we have taken the decision to place the partnership under review.

‘We will continue to co-manage the current product during this period.’

In response to the statement, Kanye wrote on Instagram: ‘F*******K ADIDAS I AM ADIDAS ADIDAS RAPED AND STOLE MY DESIGNS.’

Kanye has been critical of Adidas in recent months, including publicly claiming the brand did not have his approval for this year’s Yeezy Day.

Last month, he also announced his intention to part ways with the brand at the end of their contract, stating: ‘It’s time for me to go it alone.’

He is alleged to have tweeted: ‘ ‘I’m a bit sleepy tonight but when I wake up I’m going death con 3 On JEWISH PEOPLE.

‘The funny thing is I actually can’t be Anti Semitic because black people are actually Jew also You guys have toyed with me and tried to black ball anyone whoever opposes your agenda.’

‘The account in question has been locked due to a violation of Twitter’s policies,’ a Twitter spokesperson told Metro.co.uk in a statement.

Metro.co.uk has reached out to reps for Kanye and Adidas for comment.