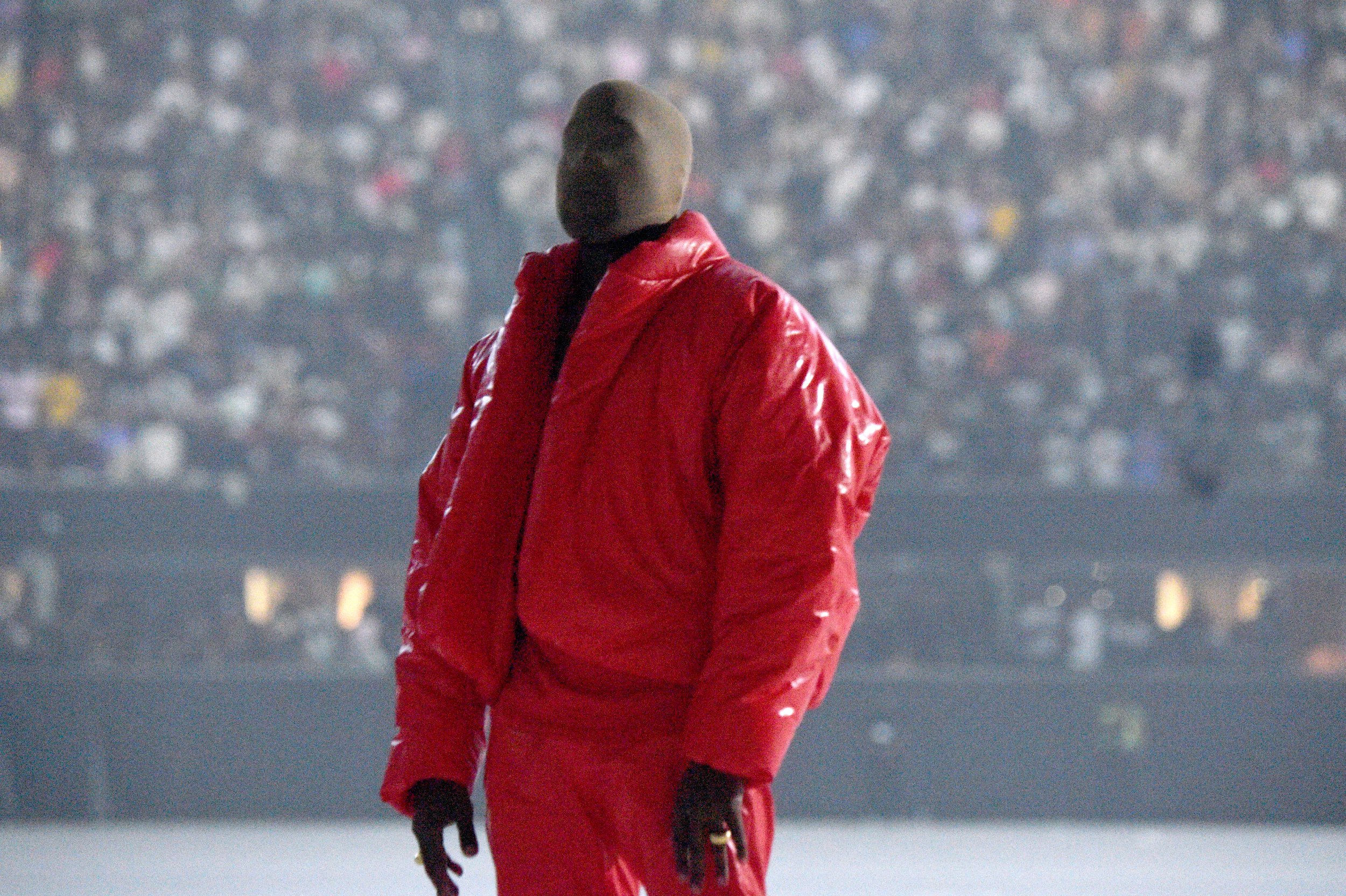 And by that, we mean he’s essentially sleeping in a dorm room until he gets his work done.

The 44-year-old has given fans a look inside the room where he is staying inside Atlanta’s Mercedes Benz Stadium, and while it’s probably bigger than most affordable one-beds on London rental sites, it is pretty minimal for a man with a net worth of well over a billion dollars.

The locker room, with grey walls and floors, doesn’t even have a window, and is equipped with a basic open wardrobe and shelf, a television mounted on the wall, and a single bed with a white duvet and just one flat pillow.

It seems Kanye is living out of his suitcase as an open case rested against his wardrobe, while a few pairs of his Yeezy trainers were laid out next to some weights for working out.

To minimise distractions even more, Kanye appeared to have taped over the minutes on the digital clock on the wall.

While the rapper does have a whole stadium to stroll around outside his bachelor pad, the picture got a few giggles out of fans on social media.

One person wrote: ‘Kanye making one of the most anticipated albums of all time in a college dorm’, while another joked: ‘This is every divorced dad’s new apartment one week in.’

Others on Instagram pointed out the lack of windows in the cell – we mean, bedroom – while others joked that it was an upgrade on their own living quarters.

However, many suggested that Kanye’s pared back room signalled that Donda could be some of his best work yet.

One comment read: ‘How the best things are done. No distractions’, while others predicted the finished album will be a classic.

Donda – named after Kanye’s late mother, who died in 2007 aged 58 due to complications from cosmetic surgery – is the rapper’s 10th album and first since 2019’s Jesus Is King.

Kanye hosted a listening party at the Mercedes Benz Stadium on Thursday night, with fans expecting the album to drop at midnight.

However, it never materialised, and Donda – which includes a list of star-studded features from collaborators like Jay-Z, Travis Scott and Pusha T – is now expected to be released on August 6.

The album addresses Kanye’s split from wife of six years Kim Kardashian, with the star singing about ‘losing my family’ on the emotional track Love Unconditionally.

Despite Kim filing for divorce in February, the 40-year-old was still there to support her estranged husband at last week’s listening party.

Kim was spotted in the audience wearing a red outfit to coordinate with Kanye’s, and was joined by their four children – North, eight, Saint, five, Chicago, three, and two-year-old Psalm – as well as her sister Khloe and friend Jonathan Cheban.