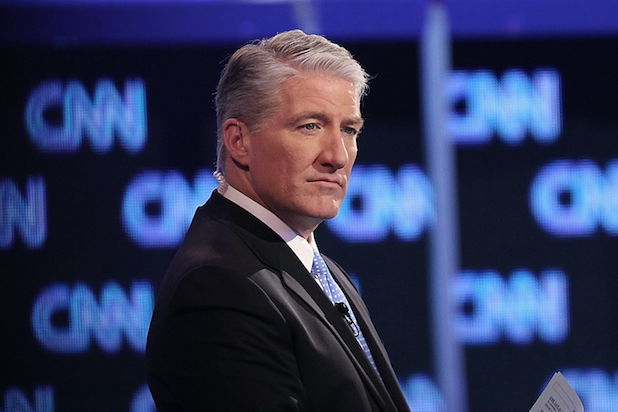 Replying to a Twitter user who asked if the mock-up was real, King said, “Not. Some clown taking time away from lying about something else apparently because they don’t like math.”

A video of King pushing away a graphic on the large screen he’s been using to relay vote counts since Tuesday was edited to suggest he was really pushing away a notification from the pornographic website. The jokes that went along with the viral clip reminded social media users to always clear their browser histories.

The original tweet was deleted by late Friday morning, but copies remain.

King, like MSNBC’s Steve Kornacki and Fox News’ Bill Hemmer, has been working tirelessly since Tuesday to communicate election results from counties and states. He’s been the subject of other viral tweets since then, most of them questioning if he’s even sleeping. He told the Los Angeles Times Wednesday he slept a little over two hours Tuesday and four hours Wednesday.

The Funniest (And Most Relatable) Election Memes!