Joe Sugg uploaded his new vlog from Mykonos in Greece last night, where he and his Strictly Come Dancing girlfriend, Dianne Buswell, relaxed in the sunshine.

In one moment, Joe filmed the two of them reclining on sun loungers whilst looking over their envy-inducing swimming pool.

The YouTube sensation got distracted as he pointed out a yellow car along the coast in front of them.

He said to the camera: “I look out across the ocean and I spot this, the car from the Inbeteweners. It’s Simon’s car, the yellow car!”

You’ve never seen the Inbetweeners have you?

However, Dianne wasn’t as bothered as she asked: “Who the hell is Simon?”

Joe added: “You’ve never seen the Inbetweeners have you?”

The star went on: “That really upsets me that you’ve never seen the Inbetweeners!

“I once put it on and Dianne instantly was like no I don’t like it, turn it off.”

Expressing his shock at her reaction to the comedy, he added: “What!? How!? It’s the Inbetweeners!?

Dianne soon seemed to have a change of heart as she realised Neil in the film, actor Blake Harrison, is currently starring in musical Waitress. 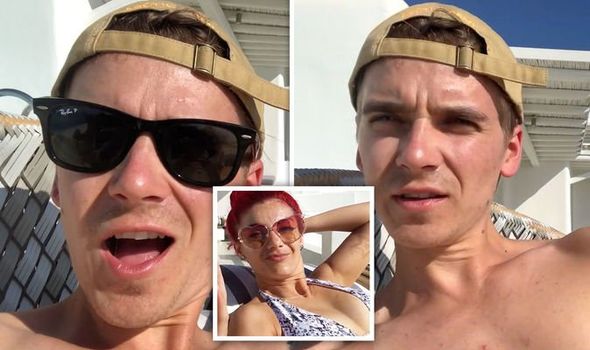 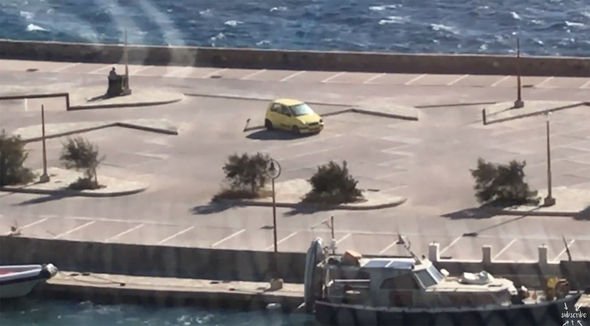 “Now I would like to watch it because I know someone in it,” Dianne said.

Joe and Dianne inundated their Instagram followers with loved-up photos from their lavish getaway.

The YouTube star uploaded a stunning shot of him and his girlfriend sharing a kiss whilst the sun set.

He captioned the incredible picture: “I’m so lucky I’ve found someone who is so pretty she distracts me from sunsets.. but NOT from setting up a self timer and GETTING THAT SHOT!

“We were gifted the most amazing stay at the beautiful @cavotagoomykonos and I’ve got so many other shots to post on here from the trip so sorry in advance if you’re not into the coupley pics.” 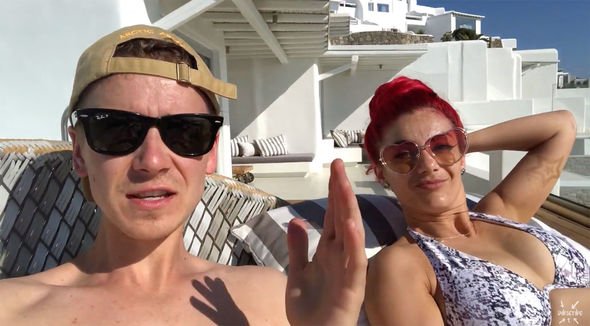 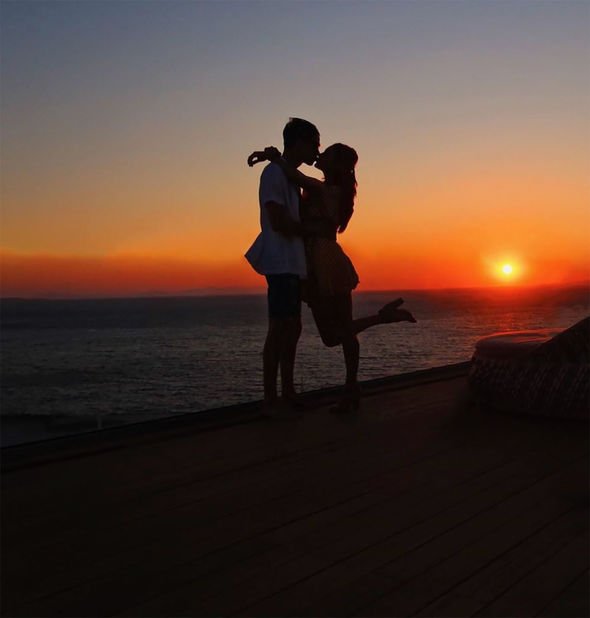 Joe’s 5.6 million followers were in awe of their adorable picture, with one person writing: “FINNALLY A KISSY PIC I CAN’T.”

Another said: “Honestly Joe, it’s just so nice to finally see you with someone and happy! I’m happy for you both @diannebuswell.”

“JOSEPH WE NEED MORE PICS LIKE THISSSSS,” a third said.

Other pictures from their stay at Cavo Tagoo Mykonos saw the pair practice their dance moves from their tour next year.

They rehearsed the famous Dirty Dancing move with Joe holding Dianne up in the air, whilst in the swimming pool.