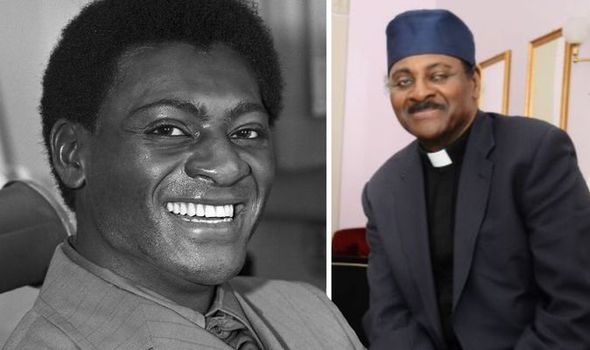 Joe Simon, best known for his hit songs including Power of Love and The Chokin’ Kind, has sadly died. He was 85 years old.

The Grammy Award-winning R&B singer reportedly died on Monday in his hometown, near Chicago.

A true story of coming from nothing to something, Joe moved to Los Angeles to pursue a career as a singer but in his early years, he was homeless and lived in a chicken coop.

But with his heart set one one goal, he used his free time in the evening to write songs and perfect his voice.

And it all paid off, as a record label owner paid him $1,100 to record four songs that were from other songwriters.

His breakthrough hit was the 1964 song My Adorable One, featuring future funk greats Sly Stone and Larry Graham.

He later landed three No 1s and 14 top 10s on what is now the Hot R&B/Hip-Hop Songs chart, earning himself a Grammy for 1969 hit The Chokin’ Kind.

Often referred to as “The Mouth of the South,” the singer was often compared to musicians Otis Redding, Sam Cooke and Jackie Wilson.

He went on to collaborate with Philly Sound hitmakers Kenny Gamble and Leon Huff on the 1971 song Drowning In the Sea of Love.

This hit was then used as the theme for the 1973 film Cleopatra Jones.

Not long after, he began his own indie labels, Spring and Posse and signed funk stars including Millie Jackson and Fatback Band.

However, following a mishap at a concert where he forgot the words of his hit songs in front of 10,000 fans, Joe decided it was time to walk away from performing.

In 1983, he became an ordained minister and began to work as a traveling pastor, with his first sermon was to an audience of 4,000 people at the Rapides Coliseum near New Orleans.

In 2021 he was nominated as an inductee in the Rhythm and Blues Hall of Fame.

Following the musician’s death, celebrities and fans rushed to Twitter to pay tribute to his incredible talent.

Singer Bettye Lavette wrote: “We lost another one of the good guys. RIP Rhythm & Blues legend, Joe Simon. One of the nicest men that I ever met in show business.”

One fan wrote: “What a Distinct & Unique voice that I’ll forever associate with the backyard BBQs growing up in Chicago. RIH Bishop Joe Simon .”

“Rest In Peace Mr.Joe Simon. Your music will live forever.”

Who will be Christmas Number One in 2021 and when is it announced?
Recent Posts