President Biden‘s hand-signed memoir — gifted to the nurse who took care of his son before he died of cancer — is up for grabs, giving buyers a chance to own the exclusive note from the Prez.

The signed copy of Biden’s book, “Promise Me, Dad: A Year of Hope, Hardship, and Purpose” is currently listed on the Moments In Time auction site.

The site acquired it from a collector, who bought it directly from Beau Biden‘s nurse, Roz, and, it comes with a $28K price tag.

We’re told the then-former VP personally wrote a message to Roz, in 2017, for taking care of Beau while he was battling cancer. The note also mentions Howard, another nurse who assisted Beau.

Joe wrote, “I know what you did for my son. I learned after the fact. You are both the definition of generosity. Roz- if they have angels in Heaven they are all nurses. Thank you both and keep the faith.” It’s dated December 19, 2017. 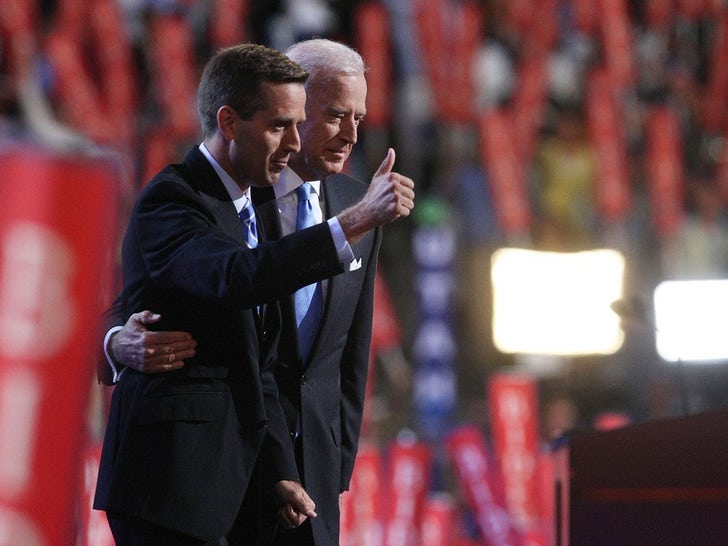 As we reported, the younger Biden died of brain cancer in 2015 when he was 46.

As for the book, it’s said to be the only substantial handwritten document from the now President. He’s signed many things in office, but we’re told he typically only signs his name.

This rare heartfelt message from Biden can now be scooped up … if ya got that kinda dough laying around.