Jenelle Evans is doubling down on her story that David Eason did, in fact, kill the family dog Nugget after police accused the couple of making the story up for publicity.

Speaking to The Hollywood Gossip, the Teen Mom 2 alum addressed a statement from the North Carolina police explaining they closed their investigation into the case due to a lack of evidence, adding they believe the mother-of-three fabricated the entire incident to get press.

Jenelle, however, wants everyone to know that she would never do such a reckless thing — and while she may not know what actually happened to her dog, she’s still *pretty sure* her husband shot the pup to death earlier this year.

In the initial police report, the 27-year-old says she heard a gunshot, but did not see David shoot the dog. Remembering a conversation she had with law enforcement, the MTV personality told the outlet:

“When I responded I told him, ‘Yes, what you heard is true about my dog. This isn’t a publicity stunt and I’m not sure where my dog is or what happened to my dog but you would have to call David and ask. I was inside my house with my kids when David went outside with the dog.’”

As we reported, police cited some inconsistencies in Jenelle’s account when they questioned her original statement the next day, when she reportedly told cops she didn’t hear a gunshot after all.

Evans clarified herself while speaking to Hollywood Gossip, claiming:

“I told them I hear gunshots all the time at my house and my neighbor down the road even shoots his cannon sometimes. Told them I don’t remember if I heard a gunshot or not. I never saw anything and was in the house with my kids the entire time (Ensley, Kaiser, and Maryssa).”

Sounds like the only one who knows what happened to Nugget is the man who’s claimed to have killed the pooch. 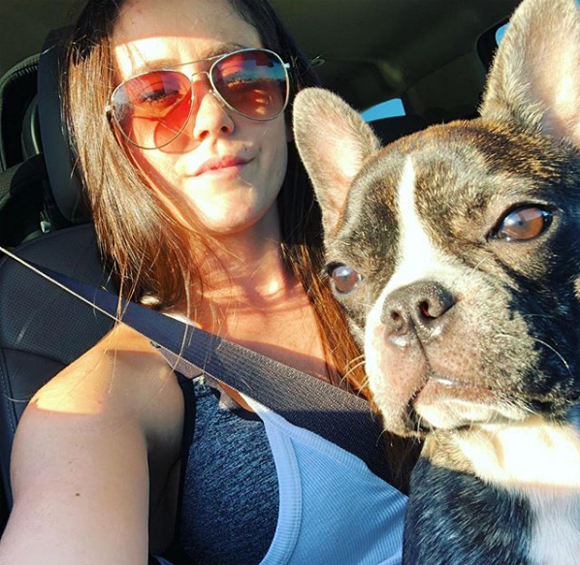 “Maryssa even got on stand in court, with the CPS case, and testified that the story of the dog did in fact happen. Not sure why the police would lie about this entire investigation.”

But she does smell something fishy:

“Detective Jacobs got on stand during court also and tried saying my house was ‘filthy’ and ‘cluttered’ when he conducted his search. My lawyer proved Detectives Jacobs wrong during his testimony by showing him my Ring camera of the night he was there and it showed my house to be spotless and no clutter.”

Yup. Jenelle is now accusing the cops of conspiring against her — and, get this: she thinks the department is doing it for their OWN publicity!

“These police ended their ‘investigation’ a month ago and told David’s lawyer, Bill Gore, that they were closing the case. I honestly think they are doing this for their own publicity because they could have wrote up their ‘press release’ weeks ago. I’ve never in my life dealt with a police department ever ‘releasing a press statement’ about their investigations.”

And she’s dealt with a lot of police departments over the years!

“The Columbus County Sheriff’s Office is so crooked with their business that Detective Jacobs continued to call and harass me and David for weeks, had Mr. Bill Gore send a letter to leave us alone, then had to call Detective Jacobs to tell him to stop calling both of us about the incident.”

However, the 27-year-old admits that police are telling the truth about at least one thing: the lack of physical evidence surrounding Nugget’s death. She added:

“That’s true. They didn’t find anything against me in any sort of way. I never broke the law to begin with.”

So… what the heck actually happened to Nugget?

“You would have to ask David what happened. I was not outside. No more details I want to share, just want to move on with my life. This was an incident that should have never went public to begin with.”

But it did, resulting in the couple losing custody of their kids, along with David receiving court-mandated therapy.

Jenelle told Hollywood Gossip the couple have since attended co-parenting classes together, while her husband recently “completed Anger Management Classes” and “he stopped posting to social media for a while now,” adding:

“He will use Snapchat here and there but nothing too opinionated anymore. I think he really learned his lesson from all his past mistakes.”

We guess there really is no such thing as bad press!

Seriously though… what the f**k happened to Nugget!?

Jenelle will likely never tell — but she did tell her Instagram followers she’s “been attacked” in a post linking to her interview with Hollywood Gossip (below).

Is she milking this a little too much, Perezcious readers?