Home » Celebrities » James Holzhauer Had Quite The Reaction To Mike Richards Jeopardy! Exit James Holzhauer Had Quite The Reaction To Mike Richards Jeopardy! Exit

On August 20, Mike Richards stepped down as “Jeopardy” host, nine days after he was named to succeed the legendary Alex Trebek as the brand new face of the popular game show. The decision came after unflattering and ugly details resurfaced about his past conduct and statements, which included numerous discrimination lawsuits from his time producing “The Price is Right” and disparaging comments he made about women on an eight-year-old podcast series. Richards made the announcement in a memo to the show staffers.

“It pains me that these past incidents and comments have cast such a shadow on ‘Jeopardy!’ as we look to start a new chapter,” he wrote in the memo (via People). “…I was deeply honored to be asked to host the syndicated show and was thrilled by the opportunity to expand my role. However, over the last several days it has become clear that moving forward as host would be too much of a distraction for our fans and not the right move for the show.” Richards then said he would “be stepping down as host effective immediately,” but will remain as executive producer.

Richards’ outing elicited celebratory cheers from fans, many of whom had negative reactions to his appointment, as well as from former “Jeopardy!” contestants. James Holzhauer, one of the winningest champions on the show, couldn’t help but react to this change of events. Find out what he said below.

James Holzhauer had a very meta joke about Mike Richards 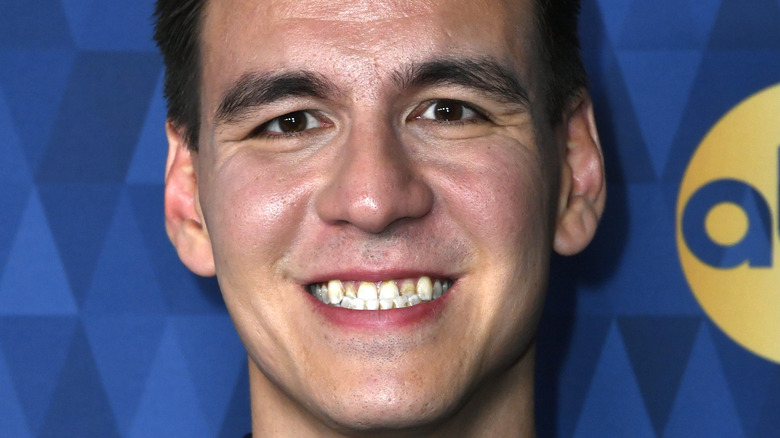 James Holzhauer, “Jeopardy!” champion from 2019 — who won 32 consecutive games during his time on the show — couldn’t help but throw a little shade towards the show and its ex-host Mike Richards after he stepped down from the role.

“I was really looking forward to the season premiere where after an exhaustive 61-clue search for the next Jeopardy champion, the show looks past the three obvious candidates and declares Mike Richards the winner,” Holzhauer wrote on Twitter shortly after news broke of Richards abandoning his new job.

It is unclear who his “three obvious candidates” are, but this isn’t the first time Holzhauer has sounded off on Alex Trebek’s replacements. Following the announcement in early August that Richards and “The Big Bang Theory” star Mayim Bialik would split hosting duties, he tweeted, “Also new for next season: contestants can submit two Final Jeopardy responses in case the first one causes public backlash.”

Holzhauer’s outspokenness can be attributed to his relationship with Trebek, whom he said “was a legend of American television who will never be forgotten or truly replaced,” so it’s not surprising that he hasn’t yet been impressed by the hosting replacements on “Jeopardy!”

Kylie Jenner Rumored to Be Pregnant With Baby No. 2
Recent Posts