James Charles Flirts With Lil Nas X After Rapper Says He Needs A ‘BF To Take To Aspen’: ‘I’m An Amazing Skier’

James Charles got flirty with Lil Nas X by praising his skiing skills when the rapper tweeted about the traits he’s looking for in ‘a bf’ he can take with him on a snowy trip.

Could Lil Nas X, 21, be taking James Charles, 21, to Aspen for a fun and possibly flirty winter trip? That’s the question on many people’s minds after the YouTube personality left a flirty response to the rapper’s request for a boyfriend in a tweet on Dec. 27. The exchange got the attention of many followers and left us wondering if we could be seeing these two getting friendly on the slopes sometime soon.

“need a bf to take to aspen and bring in the new year with. must have sufficient self esteem, a moderately tragic backstory, and a crazy ex who wants to take u back from me,” Lil Nas X’s tweet read.

“I’m an amazing skiier,” James didn’t hesitate to respond, referring to the fact that Aspen is known for its skiing spots.

Once the flirty comment was published, followers were quick to encourage a future romance between the two. “Okay but the fact I’ve been shipping you guys for a whileeee…I’m just saying I think you guys would be super cute and seem kinda compatible,” one follower wrote along with a two eyes and angel emoji. “oh this might be the couple of 2021,” another gushed.

Although the Twitter interaction between Lil Nas X and James got a lot of attention, it’s not too surprising considering these two are known for working and being friendly with each other. They recently collaborated for a YouTube video in which James happily did Lil Nas X’s makeup with a look inspired by the latter’s new music video for his song “Holiday”. It resulted in an epic icy look that included shimmery light blue eyeshadow that went perfectly with a white braided wig. 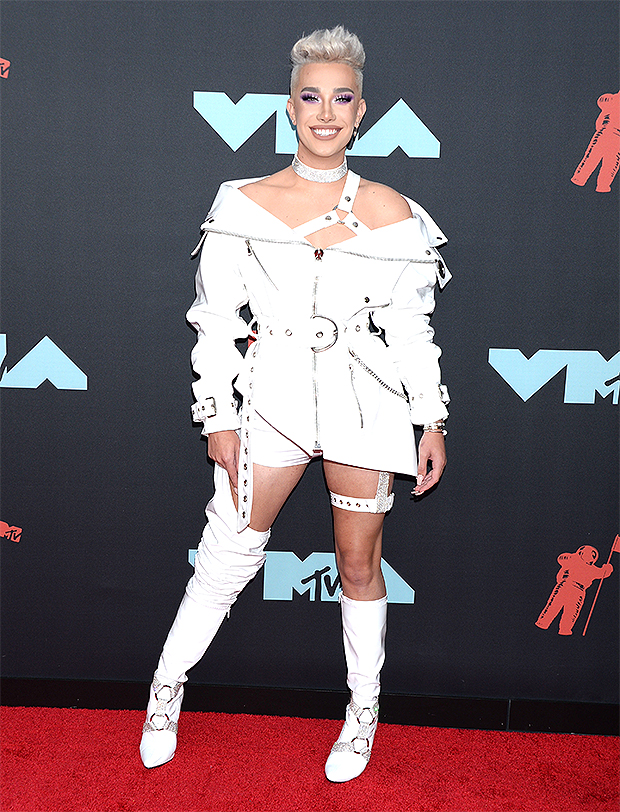 The video not only showed off their awesome friendship, but it also caused Lil Nas X, who came out as gay in July 2019, to clap back at haters who were “sexualizing” the video in comments instead of appreciating the fun makeup clip for what it was. “2 gay men can do things together without y’all sexualizing it,” the talented artist tweeted in response to the inappropriate comments.

Lorraine Kelly’s brutal dig at Trump after Biden’s sworn in ‘Grown ups back in charge’
01/20/2021
Categories
We and our partners use cookies on this site to improve our service, perform analytics, personalize advertising, measure advertising performance, and remember website preferences.Ok