It Starts On The Page: Read The Pilot Script For Apple TV+’s Sports Comedy ‘Ted Lasso’

Ted Lasso became the feelgood hit of the summer last year with Jason Sudekis even persuading a group of hardened British football fans to fall in love with the Apple TV+ original comedy. The series was also a hit in Hollywood, picking up a slew of awards including Sudekis winning best actor at the Golden Globes. It also won a Peabody Award this week.

Sudekis, who developed the series with Bill Lawrence based on the popular character Sudeikis played in NBC Sports videos several years ago, stars as Lasso, an American football coach who tries to replicate his success in the UK with a much rounder ball. He joins AFC Richmond, a team that has echoes of its neighbor AFC Wimbledon meets Chester City FC, a struggling Premier League team recently taken over by Rebecca Welton (played by Hannah Waddingham). Welton takes ownership of the team after a nasty divorce and, to get revenge on her husband (Anthony Head), she hires the most incompetent coach she can find to ruin the club, as it was the only thing her ex ever loved.

However, Lasso, who arrives in London from Kansas City, is smarter than Welton thinks and while the team initially hates him and his positive, folksy ways, they grow to love him and his unusual methods.

In the pilot episode, which was written by Sudekis and Lawrence and directed by Tom Marshall, the ruse becomes clear.

You can read the script below as the latest installment in Deadline’s It Starts On the Page, a series highlighting the scripts that serve as the creative backbones of the now-underway TV awards season. These scripts are being submitted for Emmy Awards consideration this year and have been selected using criteria that includes critical acclaim, selecting from a wide range of networks and platforms, and a mix of established and lesser-known shows.

Given the difficulty of launching a broad new comedy, and one that was quickly picked up for a second season, which is premiering next month, and a third season even ahead of its second season, it’s worth a read.

Check out the script below: 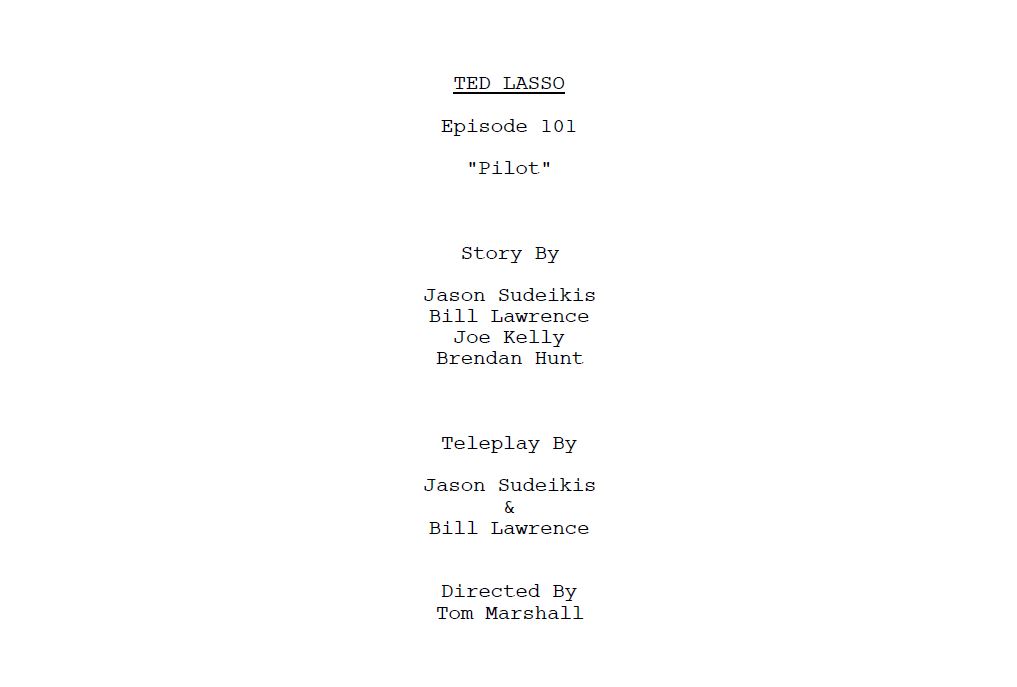 What Happens When Marie Kondo Leaves Her Clients’ Houses