It Starts On The Page: Read Noah Hawley’s Season 4 Premiere Script For ‘Fargo’

More than three years after its last installment, Season 4 of Noah Hawley’s anthology series Fargo bowed in September on FX and moved the action to 1950s Kansas City. That’s where we meet Chris Rock’s Loy Cannon and Jason Schwartzman’s Josto Fadda, a pair of gangland kingpins who square off across racial and family divides.

The season kicks off with the premiere episode “Welcome to the Alternate Economy,” written by Hawley, whose begins with a history lesson of American organized crime while setting up the key element of the 11-episode run: the two crime families are trading sons, a method intended to keep the peace.

That’s all in just the first few pages of Episode 401, the latest installment in Deadline’s It Starts On the Page, a series that highlights the scripts that are serving as the creative backbones of the TV awards season. The scripts are all being submitted for Emmy consideration this year and have been selected using criteria that includes critical acclaim, a range of networks and platforms, and a mix of established and lesser-known shows.

The course of Fargo‘s fourth season leads to a finale that includes a few blood-soaked loose ends tied up an a revelation that welds Season 4 to Season 2 of the anthology, which was spawned from the Coen Brothers’ Oscar-winning 1996 movie of the same name. It also tees up a fifth season, which Hawley told Deadline after the finale has been brewing.

“I’ve stopped saying that I’m not interested in doing another one, but I think I would come back closer to our present moment,” Hawley said (Season 1 was set in the the mid-2000s, Season 2 in 1979 and Season 3 the early 2010s).

Check out the script here: 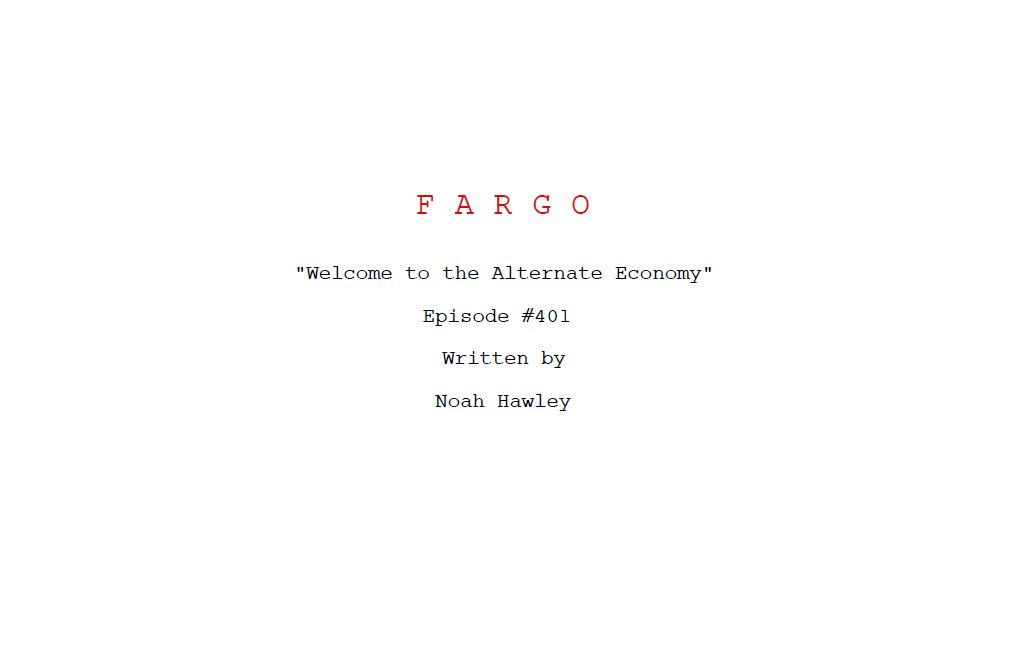 It Starts On The Page

It Starts On The Page: Read A Key Script From Season 5 Of ‘The Expanse’

It Starts On The Page: Read A Script From The Season 3 Return Of ‘Master Of None’

It Starts On The Page: Read ‘The Handmaid’s Tale’s Season 4 Finale Script From Bruce Miller