Khloé Kardashian got very candid about her relationship with Tristan Thompson and spoke out about if she’s worried the basketball player could be unfaithful to her again. As fans will already know, Thompson has been caught up in two cheating scandals since he and Kardashian first started dating in 2016.

In April 2018 — while Kardashian was pregnant with their daughter, True — Daily Mail shared footage that appeared to show Thompson getting very cozy with a woman at a bar in New York City. That video came around the same time as TMZ shared a clip taken in October 2017 that showed him with two women, one of which he was clearly kissing.

Thompson and Kardashian split but eventually reconciled, though the former was infamously accused of cheating again in February 2019 when TMZ claimed Tristan had gotten close to Kylie Jenner’s now former best friend, Jordyn Woods at a party. After that, Kardashian and Thompson split again.

But that wasn’t the last of the rumors. April 2021 saw Thompson accused of being unfaithful once again when model Sydney Chase alleged she’d slept with the athlete on the “No Jumper” podcast. Thompson denied Chase’s claims and reportedly sent a cease-and-desist letter over the allegations, per Page Six.

Kardashian and Thompson never officially confirmed they were back together, but now the former is revealing all about the status of their relationship and if she really trusts her baby daddy. Scroll on for all the details. 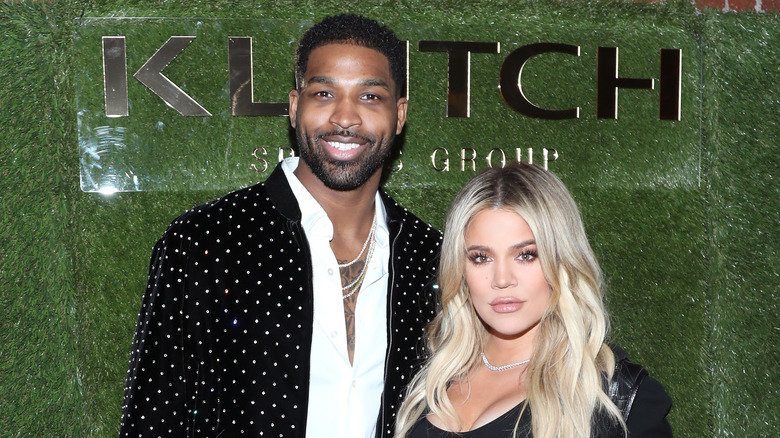 Khloé Kardashian addressed the status of her and Tristan Thompson’s relationship on part two of the “Keeping Up with the Kardashians” reunion, which aired on June 20 but was recorded in April. The star officially confirmed she and the basketball player are back together, though things got a little heated when host Andy Cohen asked if she truly trusted Thompson given their rocky history.

“I can’t worry too much about everything else. I know the growth and all the work that he’s done,” Kardashian responded, hinting at the past cheating allegations, per Hollywood Life. “I know the help he’s got and the constant efforts that he makes every single day and how hard he fought to get back with me. You can ask everyone — it really wasn’t an easy thing for him. But I don’t understand why someone would go through all that if they weren’t serious.”

The “Keeping Up with the Kardashians” star also revealed how their relationship went from platonic to more after splitting following the Jordyn Woods scandal. Kardashian claimed they were “genuine, great friends” for a while to co-parent their daughter, True, and called getting back together as a couple a “natural progression.”

Kardashian admitted that she wouldn’t necessarily encourage others who have been in her position to reconcile with their exes, but noted, “it’s just what naturally happened for him and I.”