Home » Celebrities » How Often Does Khloe Kardashian Work Out? How Often Does Khloe Kardashian Work Out?

Khloe Kardashian has started to take her health very seriously over the past several years, and it has clearly paid off. Today, she’s in the best shape she’s ever been in, but it started with some major lifestyle changes. Now, she’s helping others feel their best with her show Revenge Body. But how often does Kardashian work out to stay in such great shape? 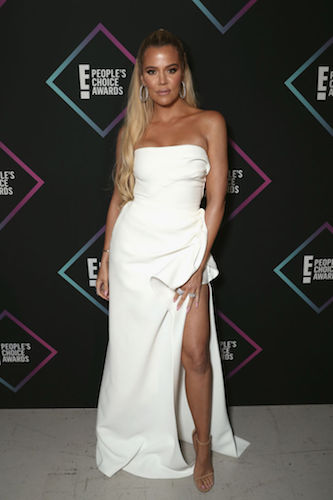 Back when things with Kardashian’s ex-husband Lamar Odom were crumbling, she needed to do something for herself. His addiction and cheating had gotten the best of their relationship, and the couple divorced in 2016. Kardashian then began channeling her energy into living a healthier lifestyle. She started to put her mental and physical well-being ahead of anything else, including work. Though Kardashian was never fat, she was often ridiculed for being a bit more solid than her petite sisters, Kim and Kourtney. But she rose above the haters and started to get in better shape to feel the best she could.

She changed her diet dramatically and eats seven times per day

One of the major aspects of Kardashian’s new body is her diet. She doesn’t eat the way most people do, rather she eats seven times per day (including snacks). Most of her meals are high in protein and incorporate fruits and vegetables. Salads and fresh fish make up a big part of her meal plan; she prefers salmon and sea bass for some added healthy fat. Her snacks consist of either something simple, such as a cup of celery, or something a bit more filling, such as tomatoes with an egg or some almonds. But everyone’s metabolism is different, so it’s important to note that the meal plan that works for Kardashian might not work for everyone.

Kardashian has said herself that she is a beast in the gym. She’s referred to the gym as her sanctuary, and she’s made working out a way of life. The youngest of the Kardashian trio exercises six days per week to stay in killer shape. According to Shape, she focuses on a different area of her body each day. One day, she’ll do cardio, and the next day is followed by legs and butt. She’ll dedicate a full day to her core, then another to cardio, then another to arms before finishing with a total body workout on day six. To recover on day seven, Kardashian usually takes a warm bath and uses a foam roller.

She works out with her sisters, too, which helps with motivation

Kardashian likes to hit the gym by herself, but she alsoworks out with her sisters when she can. Kim and Kourtney train with the sametrainer as Kardashian (Gunnar Peterson), so they occasionally all hit the gym together.It allows them to spend time together, but having a workout partner also servesas motivation. For years, Kardashian was arguably the least in-shape of herthree sisters — now, she’s in the best shape.

Camila Cabello Gets Real About Her Struggles With Anxiety
Recent Posts