One of the most tired tropes in horror is, arguably, the virginal good girl who vanquishes the slasher at the end of the film, her sex-amped pals left mangled and bloody in the villain’s wake. My Heart Is a Chainsaw, by indigenous horror writer Stephen Graham Jones, is both an homage to this trope, the Final Girl, and a big old “fuck you” to the concept that only good girls can prevail.

Jones has been writing gorgeously weird horror for decades now, but broke into the mainstream in 2020 with his novel The Only Good Indians — winner of Ray Bradbury Prize for Science Fiction, Fantasy & Speculative Fiction — which follows four Native American men as they struggle to escape a supernatural entity from their childhood. My Heart Is a Chainsaw, too, deals with a native character in today’s world: Jade Daniels, a half-indigenous girl who is obsessed with slashers, perhaps because her own life is monstrous in a different way. Her mother isn’t around, her father is abusive, and she’s attempted suicide in the past. It doesn’t help that her hometown of Proofrock, Idaho, is becoming increasingly gentrified by a cadre of elite investors and their new housing development.

Jade’s only friend is her old teacher — whose assignments she shirked in favor of writing long treatises on the various ins and outs of horror movies — and all she wants is for a slasher to come to Proofrock and wipe the slate clean (with blood). The town does already have its share of urban legends, including a camp that saw a massacre back in the day and a lake rumored to be haunted by a witch. 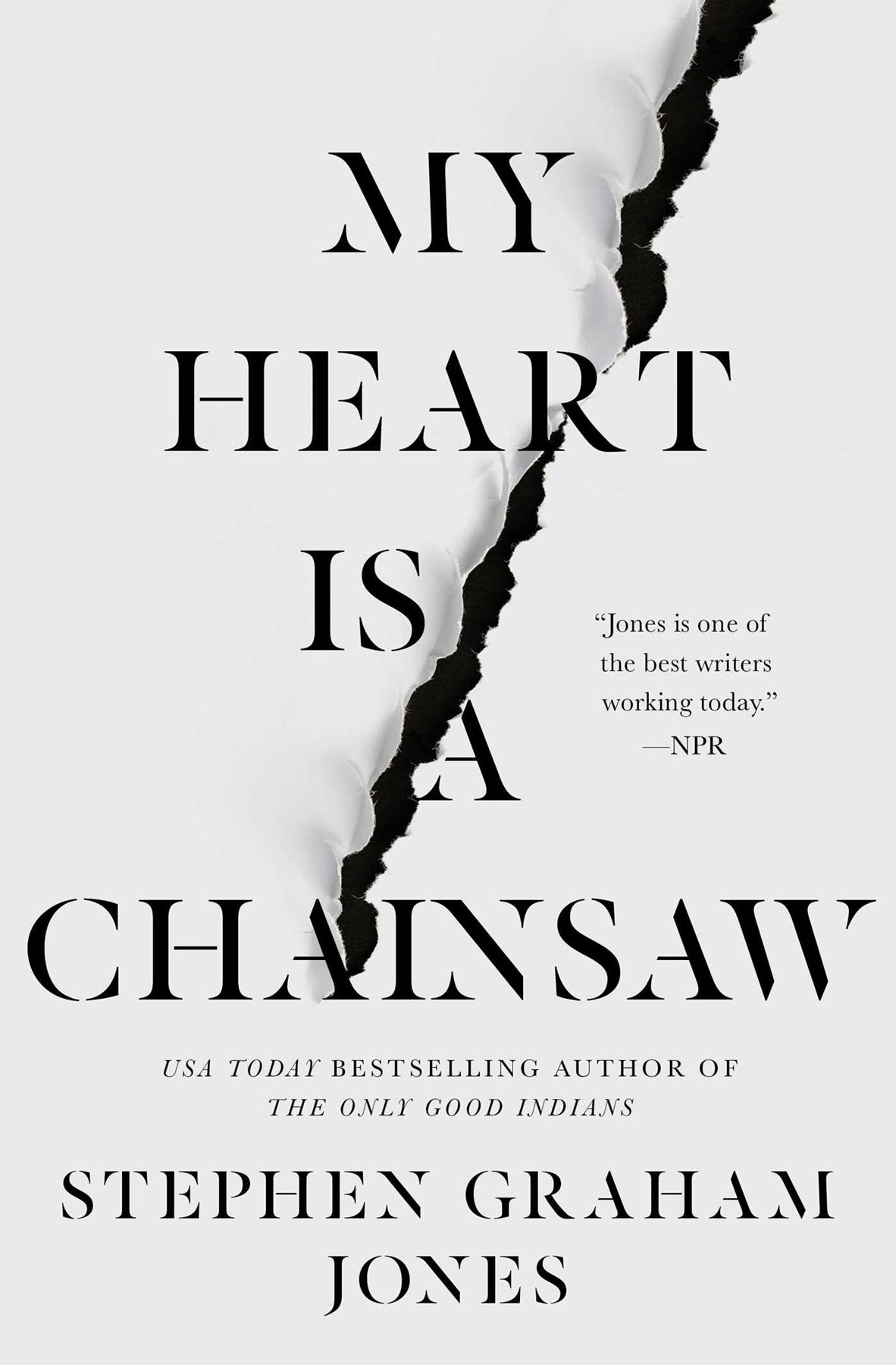 When the bodies finally start piling up, though, Jade finds herself in a new kind of nightmare: No one believes her wild theories about slashers, and Letha Mondragon — the daughter of one of the gentrifiers — pityingly shoots down Jade’s theory that she’s the Final Girl. Once just a reject, Jade now becomes the town’s resident kook and more than a little bit of a menace. The reader, too, begins to wonder if Jade is sinking too far into her obsession as she tries to apply movie logic to real life, to a sometimes clumsy effect. Still, Jade is right about one thing: People are dying, bad things are happening, even if she can’t manage to cram everything into a franchisable mold.

And that’s the strength — the beauty of Jones’ writing. While the slasher films of the Eighties and Nineties have become a kind of comfort food to Gen-Xers and Millennials — a splashy, unrealistic blood feast in which good conquers evil — real horror is not so easily summed up. A bad father is just as horrifying as a murderous lake witch, and rich interlopers are just as insidious as a killing mist. And a Final Girl, most poignantly, doesn’t have to be perfect — she just has to be strong.

Private White V.C. and RÆBURN Join Forces to Celebrate "Made in England"