Amid never-ending reports and speculation that Prince Harry is making changes to his upcoming memoir, there are new claims that he’s adding an entire additional chapter. According to The Daily Mail’s Richard Eden (via The Express), Prince Harry’s last-minute addition to the book will focus on the Queen’s funeral.

“Jeffrey Archer, well-connected in the published world is saying that Harry is writing a new chapter completely,” Eden says. “We’ve had all these stories about whether the book will be delayed or whether there will be changes. From what he was saying, it will be dealt with by a new chapter that will be on the Queen’s funeral and the events surrounding it. It will give him a chance to address those stories about him being offended by not being able to wear his uniform and then not having the ER letters on his epaulettes.” 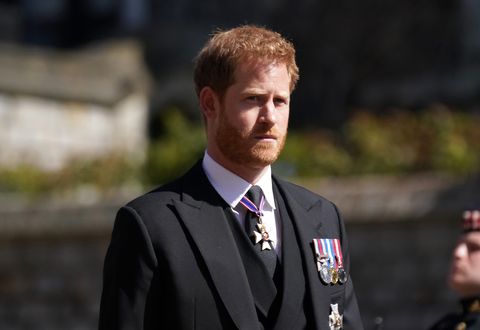 Eden adds, “This could be a way that all the tenses are correct, referring to the Queen in the past and then having that new chapter could be a quite elegant way to do with it. It would suggest that the book is being delayed so it may come out next spring rather than next month as we’ve been led to believe.”

On top of the memoir, Prince Harry is working on a Netflix docuseries with Duchess Meghan Markle—though there’s some drama with that as well. According to Page Six, filmmakers are “confused” that some of the content in the show doesn’t fall in line with what’s in Harry’s memoir, and a senior Netflix source said “A lot in the show contradicted what Harry has written, so that was an issue. Then Harry and Meghan made significant requests [to filmmakers] to walk back content they themselves have provided, for their own project.”