Communicating with GIFs is one the best developments to come from the social media boom. Can’t think of what to say? Share your go-to Kim K crying GIF. Now, you can even make a GIF on your iPhone using your Live Photos with Twitter’s latest update, so you can turn your fave photo memories into some hilarious vids.

On Wednesday, Dec. 11, Twitter announced the new feature which allows iOS users to upload their Live Photos and post them as GIFs. Unfortunately, this is not available for Android users yet, but you’ll still be able to see all of the fun ones from iPhone users that you follow. Likewise, this update only works for the iOS version of the Twitter app, so you can’t post a Live Photo as a GIF from your Mac.

Next time you want the perfect GIF, just look at your own photos. To create a GIF on Twitter using one a Live Photo, you’ll need to follow these steps on your iOS Twitter app: 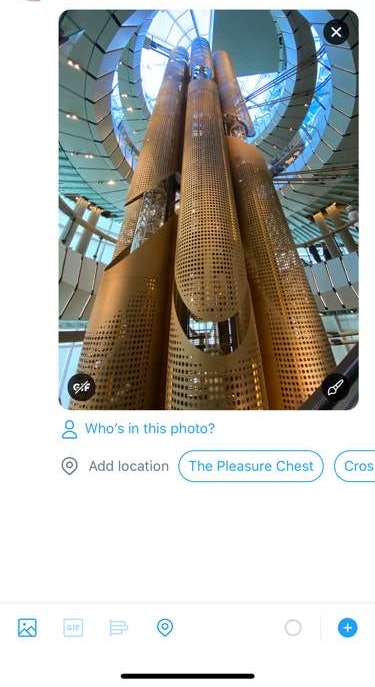 The ability to make your own GIFs on Twitter will help you find the perfect way to personalize your post or reply to someone else’s. Some users have been playing around with the feature since the update, and the results are already gifting us with cute animal GIFs.

One thing that makes this Live Photo GIF feature so much fun is the ability to share Live Photos to others who don’t use Apple products. Even if your BFF has an Android, they will be able to see whatever Live Photos you post to Twitter as a GIF, whereas sharing directly to their phone would make the photo static.

Sharing is nearly as easy as three taps if you already know which Live Photo you want to post, and then you can share all your fun moments on Twitter with personal GIFs. Your friends will thank you.

Boots is 15% more expensive than Asda for toiletries including medicines, moisturisers and hair removal
Recent Posts