He may be almost 80, but Harrison Ford is in incredible shape! The iconic actor was spotted on a solo bike ride around Los Angeles.

Harrison Ford capped off Christmas with a bike ride. The 79-year-old was looking impressively fit as he rocked a fitted black bike short onesie reading “Pedal Mafia” on Sunday, Dec. 26. The Indiana Jones actor showed off his toned arms in the ensemble as he briefly stopped in the Santa Monica area of Los Angeles, California. Harrison was fairly incognito with a protective helmet, sunglasses and black gloves for his hands while riding, also rocking a pair of specialized black shoes. 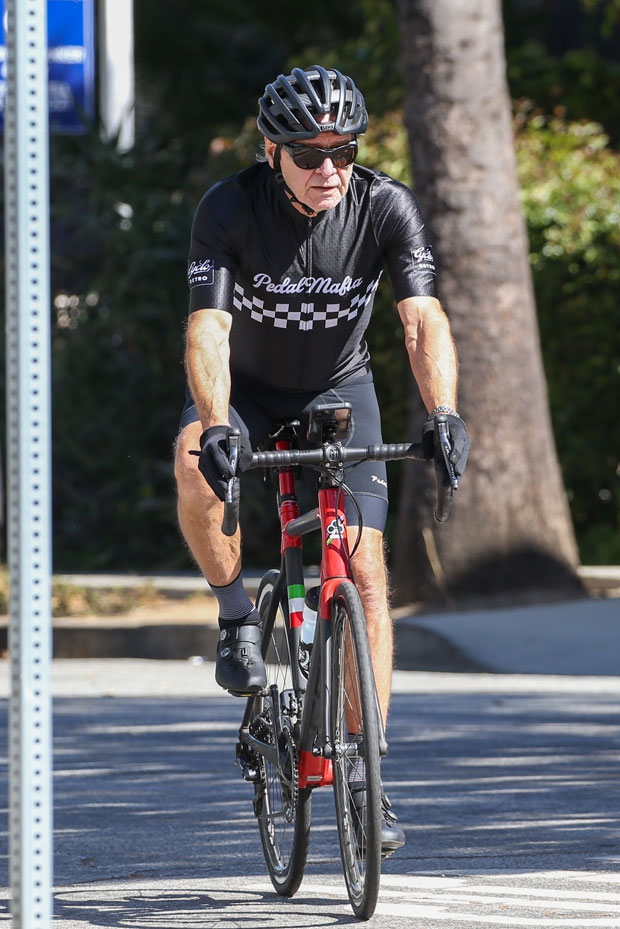 The action star has proudly spoken about his various fitness routines to stay in shape, which included a daily 40 mile bike ride while shooting the latest installment of Indiana Jones over the summer. He’s also known to have biked from Tijuana to Cabo San Lucas in Mexico, which is almost 1,000 miles in distance! Given how much exercise he does, it’s no surprise to see the dad of five in such amazing shape — despite being almost 80 years old (he hits the milestone in July).

“I don’t work out like crazy,” he said to Ellen DeGeneres back in Feb. 2020. “I work out a bit — I ride bikes, I play tennis,” he said, as the talk show host flashed up a photo behind him on one of his usual bike rides. After she joked it was an “electric bike,” Harrison clarified the one he was riding was, in fact, not. “I see people on electric bikes and I think, ‘that’s an electric bike — I don’t like it’…I don’t have an electric bike,” the Star Wars actor added. 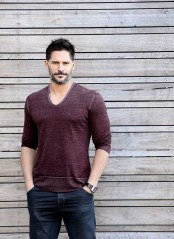 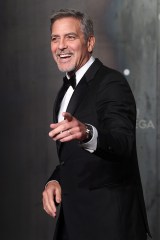 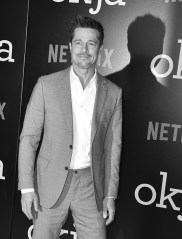 Ahead of filming the fifth installment of the action-adventure franchise, Harrison also made the choice to remove most meat and dairy from his regular diet. “I eat vegetables and fish, but I’ve cut out dairy,” he said at the time. “I just decided I was tired of eating meat, and I know it’s not really good for the planet,” he also shared with the audience.