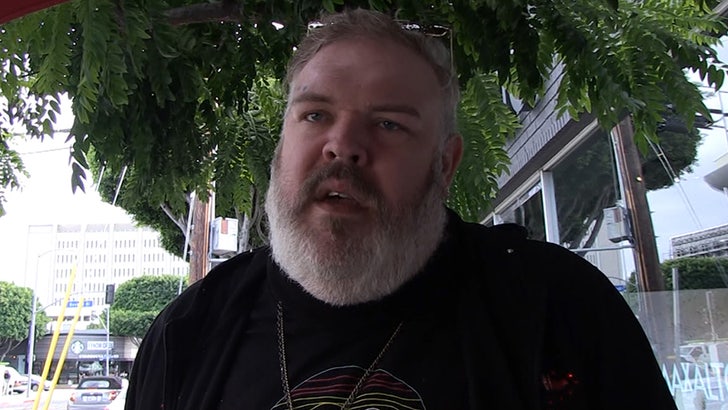 Actor Kristian Nairn, who played Hodor on “Game of Thrones,” thinks Dave Chappelle shouldn’t make jokes at the expense of the LGBTQ community.

Nairn was on Robertson Boulevard in L.A. Friday when our photog asked about the heat Dave’s taking over his latest Netflix special. He makes a case that he’s not transphobic or homophobic, but not everyone in the LGBTQ community is buying it and some are calling for a boycott.

Kristian, who came out as gay back in 2014, suggests Dave should stay in his lane and not take shots at communities that don’t affect him.

Chapelle couldn’t care less about the cancel calls … he made that clear earlier this week. And, he tripled down at the Hollywood Bowl Thursday night, and Stevie Wonder, Snoop, Lizzo, Jon Hamm and others took the stage and had his back.

As for Nairn … he clearly thinks it’s wrong for Chappelle to zero in on the LGBTQ community.

Mama June: Road to Redemption – How can I watch and when is it out?

Tom Petty Said Elvis ‘Grunted’ at Him When They Met: ‘We Didn’t Really Have a Conversation’
Recent Posts