Home » Celebrities » Giovanna Fletcher forced to pull out of 2:22 – A Ghost Story after injury

Giovanna Fletcher forced to pull out of 2:22 – A Ghost Story after injury 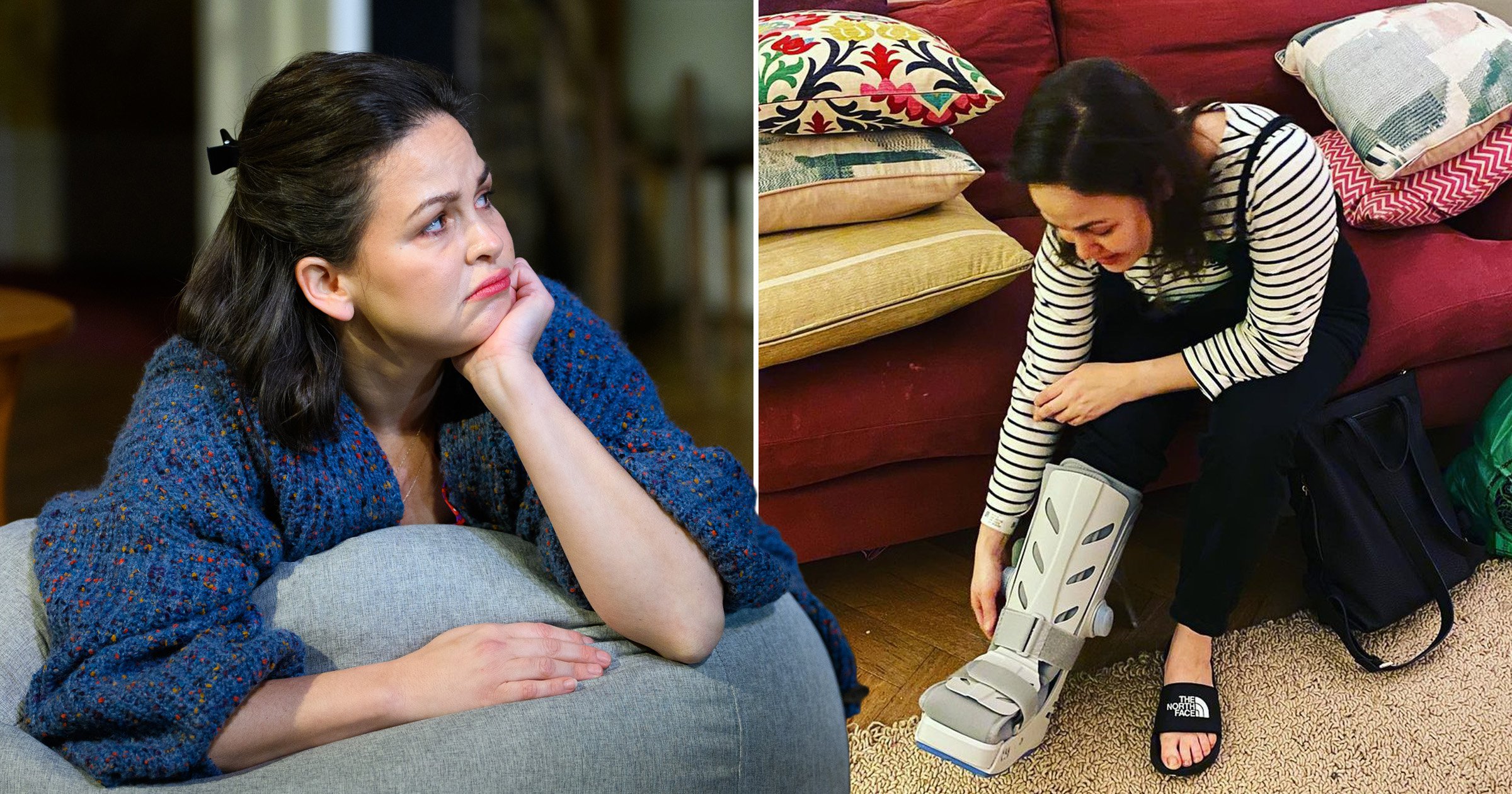 Giovanna Fletcher has been forced to pull out of the stage production 2:22 – A Ghost Story after injuring her ankle during a performance on Thursday.

The I’m A Celebrity… Get Me Out of Here! winner took to Instagram to announce the news on Sunday, as she joked about how her ‘new accessory’ of a boot meant she would be ‘missing’ from the show for a while.

Next to a photo of herself sitting on a sofa piled high with cushions and wearing a light grey physio boot, the actress and author wrote: ‘Not quite how I imagined ending 2021 and starting the 2022, but there we go…

‘I somehow managed to roll over on my ankle mid-show on Thursday. The big crunch I heard and subsequent pain have brought me to this new accessory.’

Revealing how gutted she was to have to step back from the production, the 36-year-old continued: ‘Needless to say I’m missing from @222aghoststory at the moment.

‘To say I’m devastated not to be there is an understatement and at this point I think my heart hurts far more than my ankle.’

‘I’m resting up and doing all I can to be back on stage with @stephaniebeatriz,@buxtagram; and @lostwaxprocess ASAP, but in the meantime I’m delighted that audiences get to see the wonderful @handyrhi shine as Jenny,’ she added, giving a shout out to her understudy, Rhiannon Handy.

She finished: ‘I feel so lucky to be part of such a supportive company (cast, crew, FOH and production) who’ve done all they can to help, and can’t wait to return soon! Xx’

The star also shared a photo of her badly bruised and swollen ankle and foot.

The former Queen of the Castle replaced Lily Allen in 2:22 – A Ghost Story, who was making her West End debut in the role of Jenny, in December, and the cast refresh also brought in Brooklyn Nine-Nine star Stephanie Beatriz, The Inbetweeners actor James Buckley and stage and TV star Elliot Cowan.

Giovanna, wife to McFly star Tom Fletcher, also 36, supported her husband in his recent stint on Strictly Come Dancing, when he was eliminated eighth in the competition after an emotional Couple’s Choice routine during Musicals Week.

The pair also made fun of the Strictly ‘curse’, in which celebrities have struck up a romance with their pro dance partners, when Tom’s partner Amy Dowden suffered a flare up of her Crohn’s Disease that saw her rushed to hospital in early December.

The dancer then moving in temporarily with Tom and Giovanna as she recovered.

Speaking about the situation on Good Morning Britain, guest presenter Robert Rinder quipped: ‘This is the opposite of the Strictly curse, you’ve actually moved her in.’

Giovanna laughed it off and joked: ‘Exactly, it’s more of a hostage situation possibly. But I do think that’s something that’s not as focused on the friendships that can be made through Strictly.

‘We absolutely adore her, for us it’s not a Strictly curse, we’ve actually gained a new member.’