Christmas is always prime time for big blockbuster movies, and this year, one movie stands out as the one to watch. Wonder Woman 1984 made a big splash this holiday season by premiering in theaters and on HBO Max on the same day, beginning a trend that all Warner Brothers’ movies will follow in 2021. That means fans are able to stream the movie at home as many times as they need to catch all its cool hidden details, including the fact that Gal Gadot’s daughters were in Wonder Woman 1984. Here’s how to spot this adorable Easter egg.

Gadot stars as the titular hero, aka Diana, in Wonder Woman 1984, the sequel to the 2017 film Wonder Woman. But, she’s not the only member of her family to make an appearance in the latest Wonder Woman installment. At the very end of Wonder Woman 1984, Diana walks through a snow-filled Christmas market and passes by lots of children and families playing. If you look closely, you’ll see that Gadot’s real-life family is among the crowd.

Gadot’s husband, Yaron Varsano, can be seen holding their daughter Maya on a merry-go-round. Then, Diana gets hit by a couple of snowballs thrown by some kids. Those kids are Gadot’s other daughter Alma and director Patty Jenkins’ son Asa. 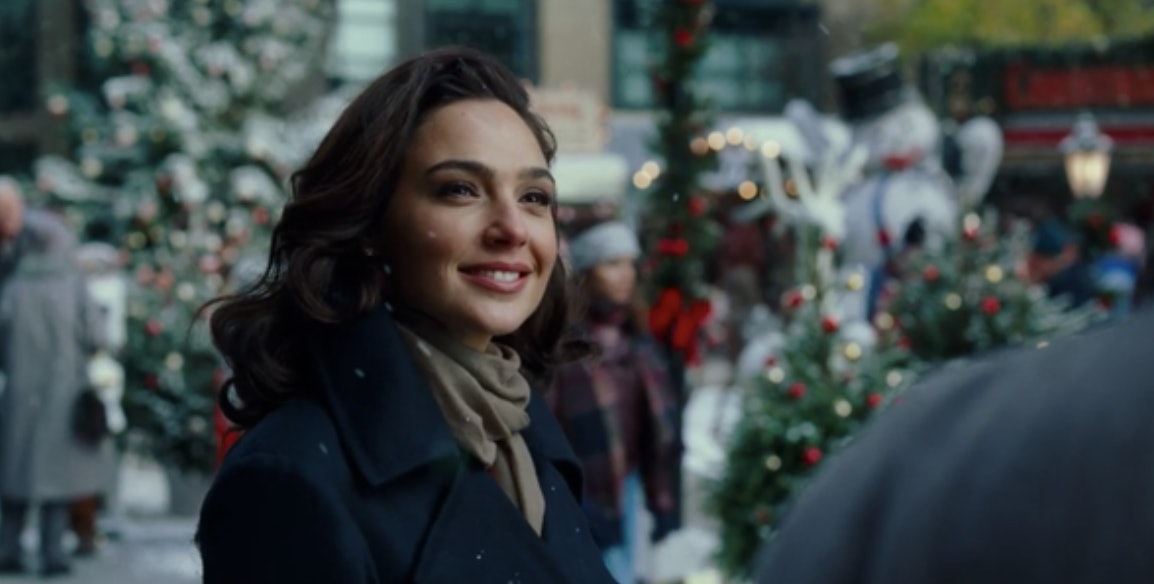 Gadot talked to GoodDay DC about the importance of sharing the screen with her family. She said, "It meant a lot, and especially in that very special scene. I have two daughters, both of them appeared. My oldest one appeared with Asa, Patty’s son, and then my youngest one, whom I was pregnant with during the reshoots for Wonder Woman, the first one, was there with my husband."

Gadot also talked about how important it was for her to share a milestone like the Wonder Woman movies with her family. She explained, "This movie is more than just a movie for us, for me, for Patty. It completely changed my life and the amount of labor and thought and emotions that we put into the movie is just a lot. I couldn’t have done my movie without the support of my amazing family, and to have them captured in the film with me meant a lot. An amazing, amazing souvenir that we will cherish forever."

You can stream Wonder Woman 1984 on HBO Max now.

Lana Del Rey Fractures Arm After She 'Wiped Out' While Skating: It 'Isn't That Bad'

Lori Loughlin Was Just Released From Prison. Here’s What We Know
Recent Posts