Wait, what? After years of on-screen make out scenes, it turns out that actors Matthew Perry and Courteney Cox are distantly related!

Matthew Perry, 51, and Courteney Cox, 56, played lovable Friends couple Chandler Bing and Monica Gellar for a decade on television. After years of kissing scenes, however, an ancestry expert says the actors are actually distant cousins. To be more specific, the pair are 11th cousins, according to the genealogy team at MyHeritage via CNN. The connections are made through Courteney’s mom Courteney Copeland, and Matthew’s dad, John Bennett Perry.

Here’s the breakdown: both Matthew — who hails from Ottawa, Canada — and Courteney — who is a native of Birmingham, Alabama — share distance relatives William Osbern Haskell III and Ellen Haskell. William and Ellen were a married couple who lived somewhere in England 500 years ago, and had two sons named Roger and William. In 1635, records show that Ellen and her children emigrated to the United States. Roger is apparently a direct ancestor of Courteney, while William has the same connection to Matthew. 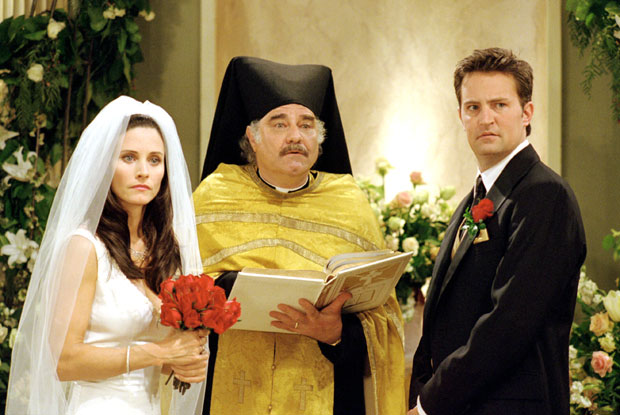 “We went into this line very deeply, we checked every name. We found a lot of records that support it, and we have confidence that they are related,” Roi Mandel, the head of research at MyHeritage, said. “This is not such a surprise. It makes sense that when you go so many generations back, the chances of people being connected are higher,” he added, explaining they found the bizarre connection through online databases of historical records. The company found that both are also distantly related to Lady Gaga. 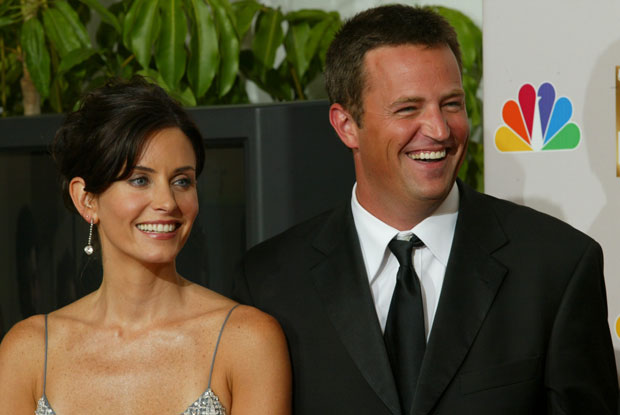 While Ross and Rachel’s romance caused the most drama on Friends, Monica and Chandler’s relationship was the more solid union. The two started secretly hooking up in London, England when Monica’s brother Ross — played by David Schwimmer — was marrying ex-wife Emily. The relationship was later uncovered by Lisa Kudrow‘s Phoebe who spotted her friends making out through Ross’ conveniently located apartment window that saw right into Monica’s! “My eyes, my eyes!” Phoebe screamed when she saw the two, who were eventually also caught by Ross.

Monica and Chandler’s season 7 wedding is perhaps one of the series most memorable (and the one where Jennifer Aniston‘s Rachel discovers she’s pregnant). Years later, the on-screen couple became parents to twins in the 2004 series finale. The Friends cast already taped a highly anticipated special for HBO Max, which is set to air on Thursday, May 27.

Day 10: Give Yourself a Break!
Recent Posts