The identity of the woman has not been revealed 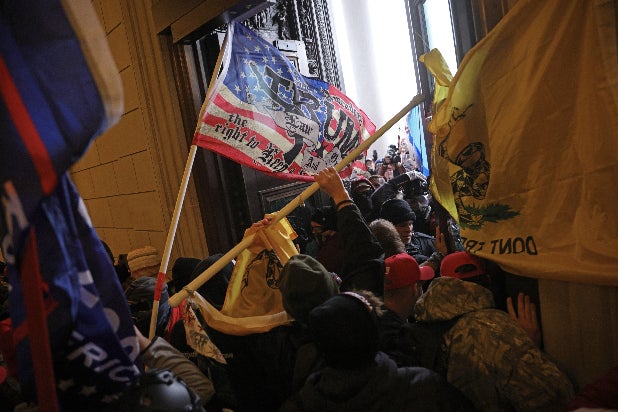 A woman has died after being shot during a pro-Trump riot at the U.S. Capitol on Wednesday, a spokesperson for the D.C. police told the Washington Post.

The identity of the woman was not revealed, but officials told NBC News she was shot by a police officer inside the Capitol. According to CNN, “multiple” law enforcement officers were injured during the Trump supporters’ occupation of the U.S. Capitol, with at least one taken to the hospital.

The pro-Trump riot at the Capitol began Wednesday amid the ceremonial counting of the electoral votes that would confirm the outcome of the 2020 presidential election. A handful of Republican members of Congress had attempted to challenge the normally pro-forma certification of Joe Biden’s Electoral College victory in the 2020 election.

With the ongoing chaos, Capitol Hill was placed on lockdown, with Vice President Mike Pence rushed from the Senate chamber by security, and members of the House and Senate instructed to evacuate the building.

Images and video from the scene showed Trump supporters roaming free throughout the House and Senate chambers, sometimes violently clashing with capitol police.

Lawmakers throughout the afternoon called on Trump to de-escalate the situation, and while the president did ask his supporters to remain “peaceful” on Twitter, he stopped short of instructing them to leave the building. “No violence! Remember, WE are the Party of Law & Order – respect the Law and our great men and women in Blue,” he wrote.

Vice President Mike Pence, who drew the ire of Trump earlier in the day by objecting to the attempt to overturn the election, went further in his statements.

“The violence and destruction taking place at the US Capitol Must Stop and it Must Stop Now. Anyone involved must respect Law Enforcement officers and immediately leave the building,” he wrote. “Peaceful protest is the right of every American but this attack on our Capitol will not be tolerated and those involved will be prosecuted to the fullest extent of the law.”