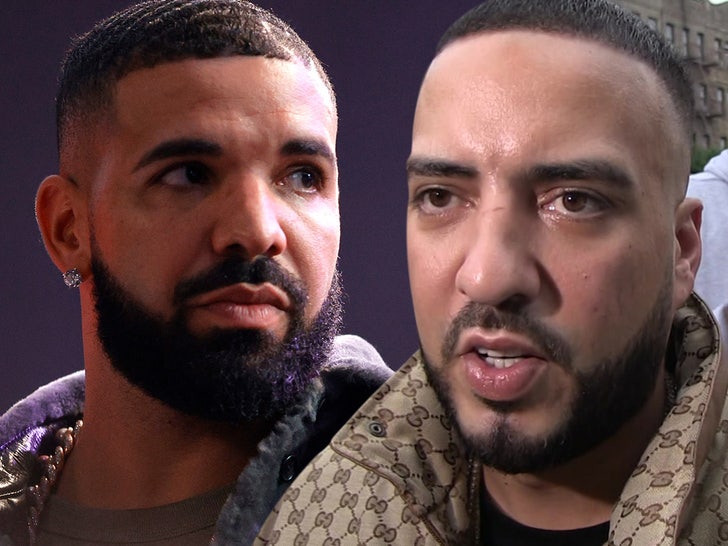 Drake isn’t ready to roll out any new music … whether it’s on his own or with others, so he’s decided to pull his song from French Montana‘s upcoming album in the wake of what happened at Astroworld.

French is set to release his highly-anticipated “They Got Amnesia” on Friday, and fans were hyped about a song on the project called “Splash Brothers” featuring Drake. However, the single was pulled without warning from Apple Music and other streaming services where the album will drop. 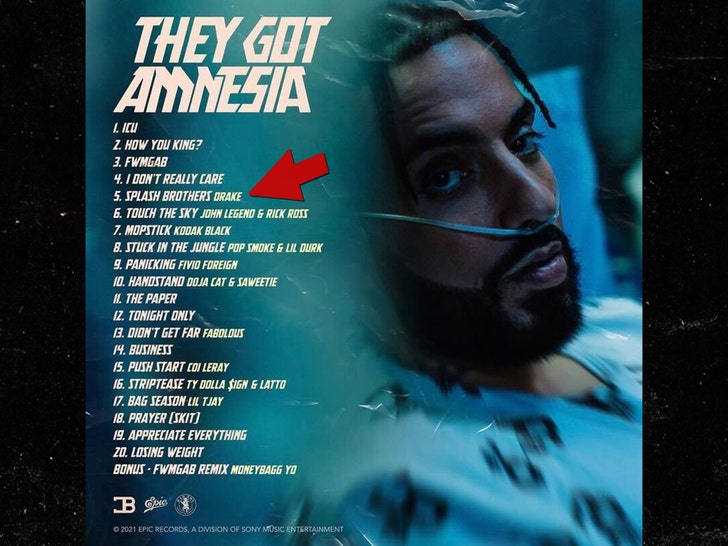 Sources with direct knowledge tell us Drake asked for the song to come down before release because he’s still reeling from what happened at Astroworld … and didn’t think it was appropriate to put out new music right now.

We’re told French had no problem with the song being taken off the album — Drake’s his brother, and he totally understood his reasoning. Our sources say the single will still be released on the deluxe version of “They Got Amnesia” down the road.

A quick snippet of “Splash Brothers” apparently leaked online where Drake rapped, “I f*** a rapper’s wife. She ain’t even my type but I make the sacrifice.” 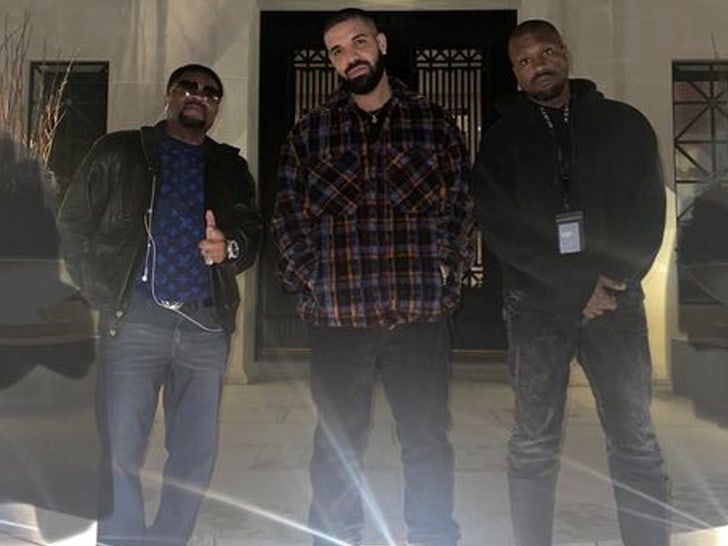 Of course, many people assume the lyric is another shot at Kim and Kanye — and the reason the track was pulled is because of their recent peace summit in Toronto — but our sources say that just isn’t the case, and this is strictly related to the Astroworld tragedy.