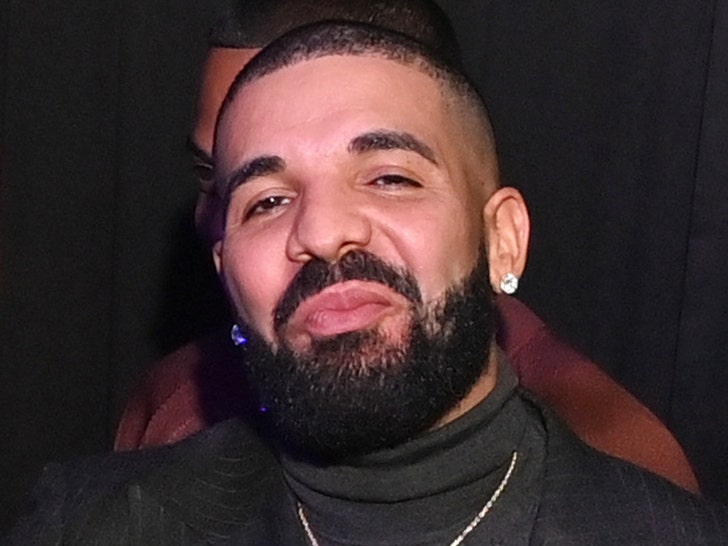 PSA for all the Internet trolls out there — if you come at Drake, he WILL DM your significant other … and the 6 God proved it during a heated debate over NBA star Ja Morant‘s dad.

Here’s the deal — Drizzy hit the Instagram comments to defend Tee Morant over a meme criticizing his support for the Grizzlies guard throughout the playoffs, which some have deemed “annoying.”

Drake was having none of it — saying, “Imagine your son makes the league and he’s Ja Or Melo (Ball) or Lonzo (Ball) all you can do is be elated and competitive and over supportive and it’s a right of passage to that the OG’s talk s*** 😂😂😂😂.”

“I know I’mma be this way even if my son is in a rubix cube competition 😎.” 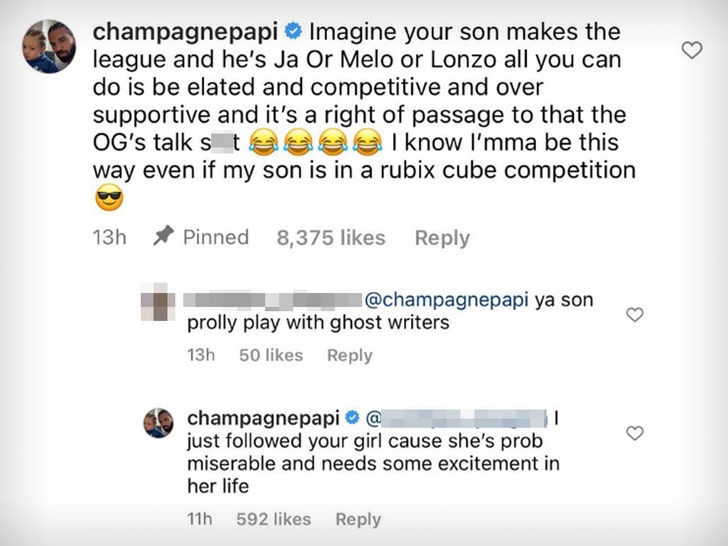 One troll thought it would be wise to crack back at Drake by referencing the rumor he doesn’t write his own songs … saying, “ya son prolly play with ghost writers.”

Big mistake — ’cause Drake fired right back in the most ruthless way possible.

“I just followed your girl cause she prob miserable and needs some excitement in her life.” 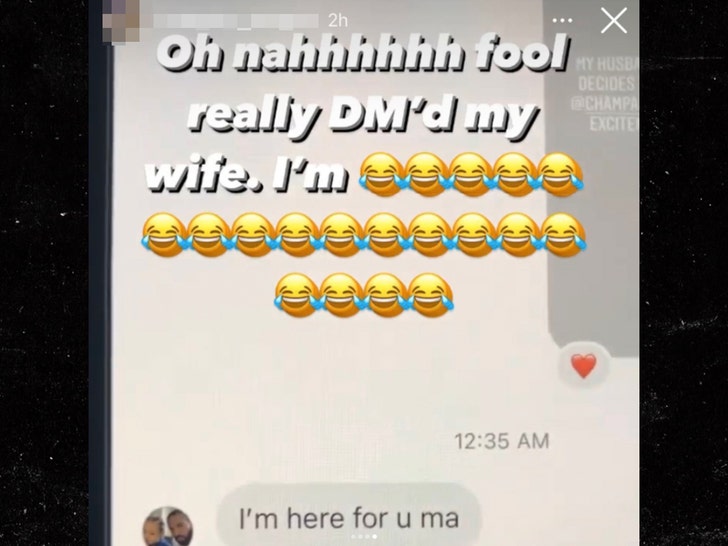 And, get this — Drake wasn’t kidding … because the troll later posted a screenshot of his wife getting a DM from Champagne Papi himself, which read, “I’m here for u ma.”

Chalk this one up as a win for Drake … and a teachable moment for anyone else looking to go after him. 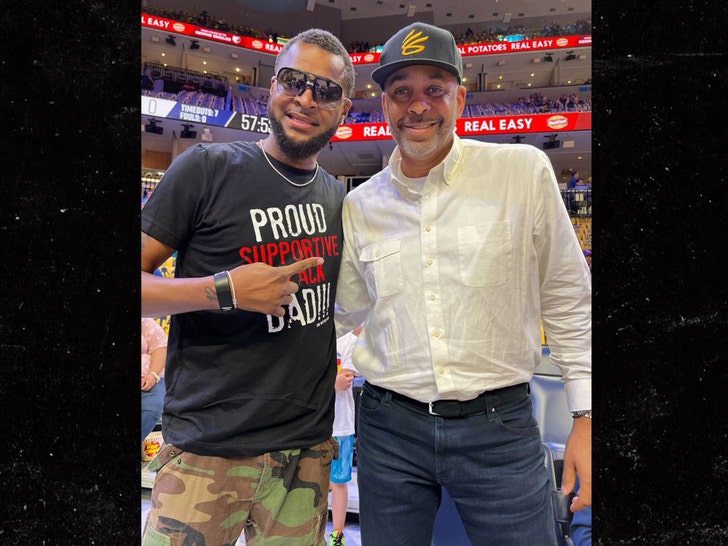 As for Tee, he clapped back at the negativity surrounding his support for Ja … wearing a “Proud Supportive Black Dad!!!” shirt for Memphis’ huge win over the Warriors.