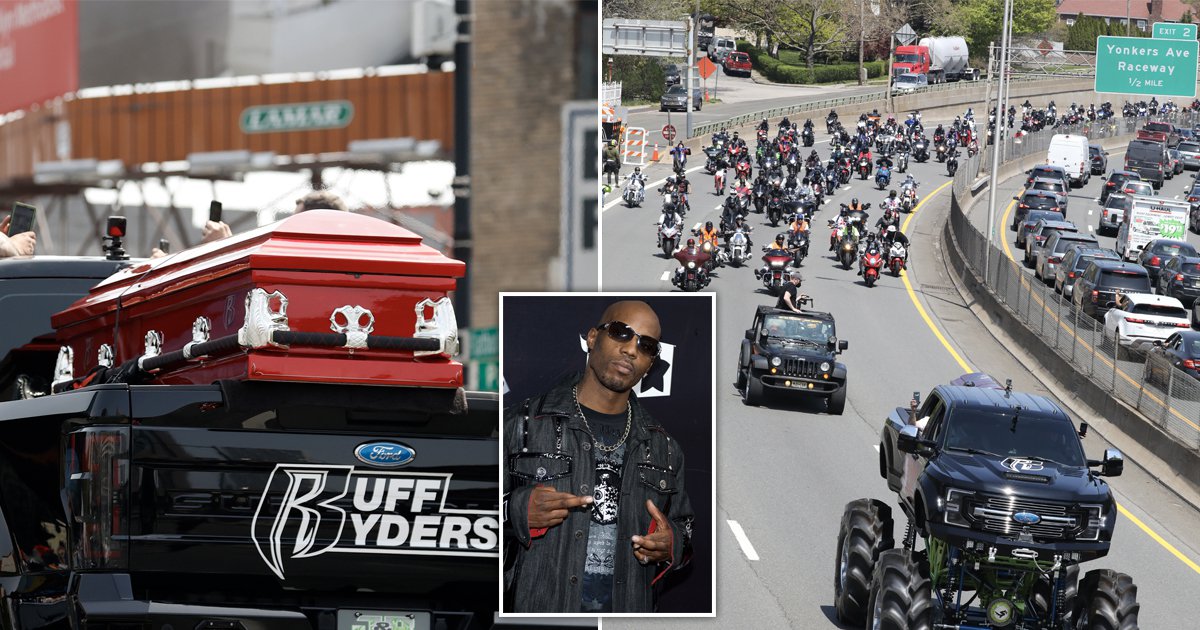 DMX’s memorial procession has seen a motorcycle procession making its way to New York City, and a monster truck as it carried his casket.

The iconic musician died earlier this month from a heart attack, aged 50.

On Sunday, the star – real name Earl Simmons – was remembered by fans, with a huge motorcycle procession making its way makes its way south on the New York State Thruway in Yonkers, New York.

It was headed to Brooklyn, where DMX will be commemorated at a memorial service at the Barclays Center.

In photos from the event, a Ruff Ryders monster truck can be seen bearing DMX’s casket, with a motorcycle procession following on.

Mourners paid their respects, with many bowing their heads as they watched the procession.

DMX’s family recently confirmed that two memorials over the weekend would be live-streamed for fans wanting to pay their respects.

The hip-hop legend died on April 9 at the age of 50 after having a heart attack which was allegedly caused by a drug overdose.

He had been in intensive care since being rushed to hospital a week earlier, but did not regain brain function according to reports from TMZ.

While fans are able to watch the memorial ceremonies live, a statement explained that attendance in person is restricted to family and close friends ‘solely due to health and safety guidelines’ due to the ongoing coronavirus pandemic.

Following DMX’s death, his family said in a statement: ‘We are deeply saddened to announce today that our loved one, DMX, birth name of Earl Simmons, passed away at 50 years old at White Plains Hospital with his family by his side after being placed on life support for the past few days.

‘Earl was a warrior who fought till the very end. He loved his family with all of his heart and we cherish the times we spent with him.

‘Earl’s music inspired countless fans across the world and his iconic legacy will live on forever.

‘We appreciate all of the love and support during this incredibly difficult time.’