Spotted! Demi Lovato and Noah Cyrus were seen holding hands at the ‘Space Jam 2’ event at Six Flags during a fun-filled night out with their friends.

They’re cool for the summer! Demi Lovato, 28, and Noah Cyrus, 21, spent the night of June 29 at the celeb-filled Space Jam: A New Legacy premiere event at Six Flags Magic Mountain. The singers were spotted holding hands as they walked around the theme park with friends. 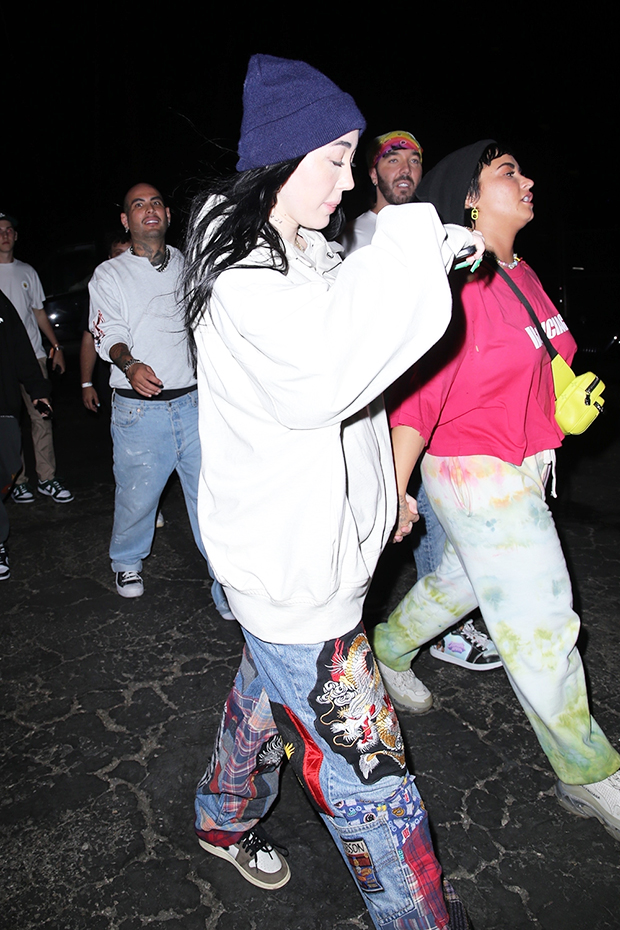 Demi was wearing a hot pink shirt and tie-dye pants for the outing. They kept their new mullet covered with a black beanie. Noah kept things casual as well with an oversized sweatshirt, embellished jeans, and a navy beanie. The pals kept a low profile at the event.

The Space Jam 2 event was the ultimate celebrity hotspot on June 29. LeBron James and Don Cheadle, who both star in the highly-anticipated sequel, were both there. The sequel is set to be released in theaters and on HBO Max on July 16. Other celebrities who stopped by included Machine Gun Kelly, Megan Fox, Zedd, G-Eazy, and more. “Good 4 U” singer Olivia Rodrigo was spotted out with a potential new beau named Adam Faze.

Demi and Noah recently came together for the gorgeous song “Easy,” which is part of Demi’s latest album, Dancing with the Devil… the Art of Starting Over. The singers performed “Easy” for the very first time at the YouTube Pride 2021 event. They were joined by the Trans Chorus of Los Angeles as they closed out the event. 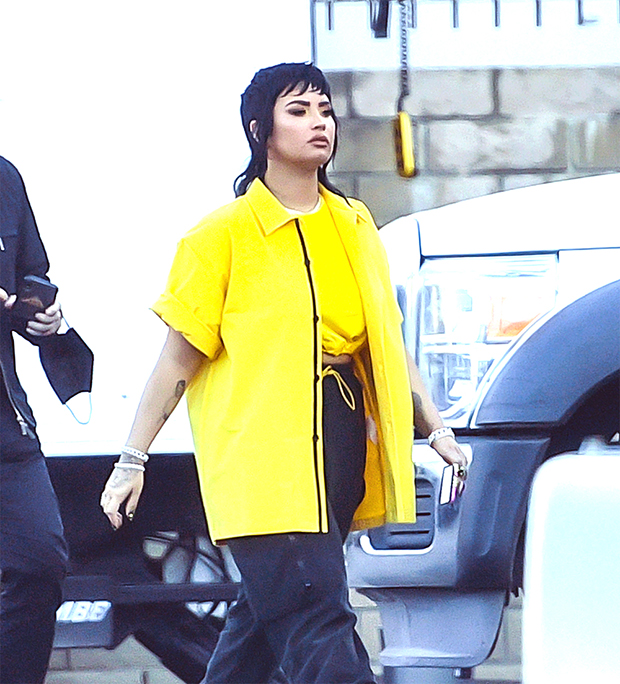 The “Cool For The Summer” singer shared a sweet message after their performance with Noah. “Thank you @noahcyrus for closing out the night w me for @youtube’s pride 2021 celebration… I’m so happy we finally got to sing our song together,” Demi wrote on Instagram.

Noah shared a clip of her “Easy” performance with Demi on Instagram and gushed, “Demi, thank you for having me. I’m so proud of you and who you are.” She also added, “HAPPY F**KINNNGGGG PRRIIIIIIDE to ALL my lgbtq+ brothers and sisters, you have my endless love and support forever n always.”